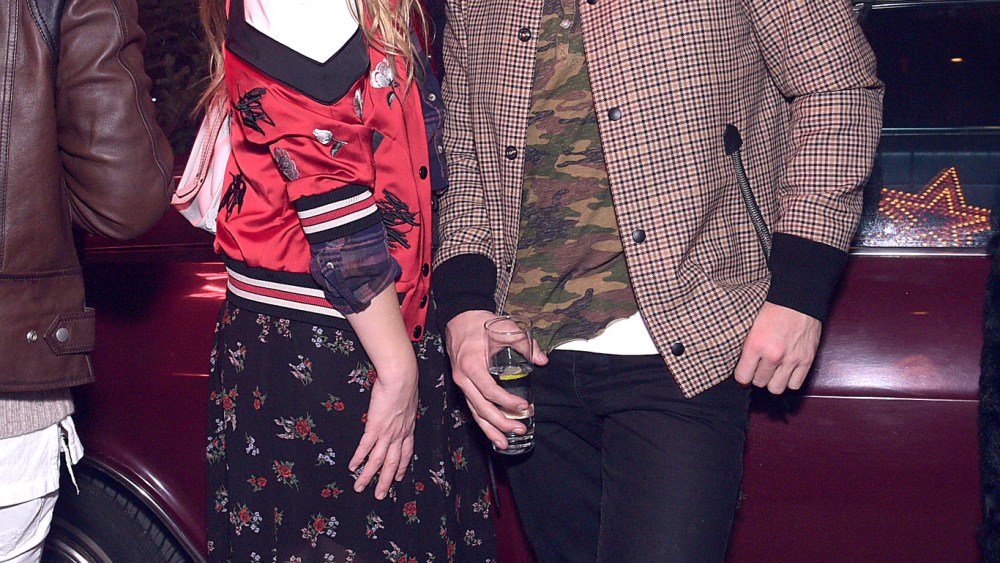 An hour plus ahead of showtime at Pier 94, a herd of schoolchildren was huddled around propped-up tables in a natural state of affairs: eating, Snapchatting and scurrying for coveted cans of Canada Dry.

The scene was for Coach’s 75th anniversary bash, both a runway show of women’s pre-fall and men’s fall and an accompanying neon-lit, trailer park-esque party. As Gabriel-Kane Day-Lewis and Binx Walton made their way around the runway, the children, now in coordinating black and toting candles, emerged to perform Alicia Keys’ “Empire State of Mind” for the crowd of Drew Barrymore, Riley Keough, Michael B. Jordan, Emma Roberts, Rowan Blanchard, Zoë Kravitz,  Diplo and Soko.

“I have this really positive memory with Coach and Ashlee Margolis, when she had a party at her house with Coach,” Barrymore said. “And I just kept thinking, ‘This big corporation is not going to do a real house party.’ And then they did! And it was amazing. It’s a company that thinks differently.”

The Coach comeback as a brand of Hollywood cool, under Stuart Vevers, has been showcased by the company’s series of parties dotted with young, glitzy starlets. On the subject of comebacks, Jordan declared his favorite to be the “Cleveland Cavaliers, down three-one, in the 2016 finals, and they come back and they win it.”

Jordan was in New York “showing some love” for Vevers on a break from shooting Marvel’s “Black Panther.” “I’m playing the villain, it’s my first villain role,” he said. “I’m looking forward to playing a darker character. I think you just kind of live it day by day — he’s not a real twirl-the-moustache kind of guy. I’m working with Ryan Coogler again, and we always try to find the real as much as possible. Just try to be as grounded and real as much as you can in a Marvel film.”

Blanchard’s appeal to the brand was the “dark and edgy, but still kind of fair-ish” vibe she first discovered at Vevers’ debut for the house, which she described was reminiscent of one of her style icons, David Bowie. Her other inspirations include “Audrey Hepburn, and forgive me, who’s that creative director, her first name is Rei? I cannot pronounce her last name! Of Comme des Garçons. Her! Queen! Goddess, mother, angel!” Rei Kawakubo, of course — her surname pronounced as it’s spelled.

Blanchard, whose track record of fashion parties in 2016 proves the industry has fallen hard for her, is busy at work on Ava DuVernay’s “A Wrinkle In Time.” “I’m working on that, and school,” she said. Front rows, film sets and textbooks: all in a day’s work.