If things seem to be changing fast now — just hold on.

For the high-powered Silicon Valley executives, fashion unicorns, commerce giants and venture capitalists gathered at the annual Code Conference in Rancho Palos Verde, Calif., this week, the transformation of the economy is only expected to accelerate.

The event has previously played host to well-known figures, such as Tesla and SpaceX’s Elon Musk, Amazon and The Washington Post honcho Jeff Bezos, and a post-election Hillary Rodham Clinton, among many others. This year, the lineup traversed social media, governmental policy and retail.

One of the perennial highlights of the event is Mary Meeker’s Internet Trends report. The Kleiner Perkins Caufield & Byers partner doesn’t have a crystal ball, but tech execs consider her analysis as the next best thing. It’s an outline of where things stand, filled in by insights on where things appear to be going.

And so Meeker hit the stage at this tony ocean-side resort to deliver her message: Tech is not just shaking things up for businesses and consumers, but the pace of this disruption is accelerating.

That’s an idea that’s been bubbling up for some time, but Meeker’s analysis adds more legitimacy to it. Her report notes that, for American consumers, it took roughly 80 years to make the dishwasher mainstream. But they took to the modern Internet in less than a decade.

This is a bracing reality, particularly for retailers that, historically, have been slow to adopt technology. While that’s still true for some stores and brands, others have gotten the memo and are racing toward innovation.

It makes for an interesting moment, along with the fact that smartphone shipments plateaued last year for the first time. Now mobile device-makers are looking to differentiate by focusing more on services — like e-commerce and retail integrations — instead of merely unleashing sleeker models and more powerful hardware.

These scenarios, plus new business models like Stitch Fix, all feed an engine that’s still riding on a growth trajectory.

“The [e-commerce] transformation continues to accelerate,” Meeker said. “E-commerce revenue was up 16 percent in 2017 in the U.S. versus 14 percent the previous year. Shared gains versus traditional retail continued to rise at 13 percent for e-commerce.”

Some of that was driven by Amazon, and the tech giant is still growing. Its e-commerce sales clocked in at 28 percent of the total. In 2013, it had 20 percent. Meanwhile, physical retail sales are still “decelerating.”

Meeker also noted that “lifetime value divided by customer acquisition costs is increasingly an important metric for retailers and brands,” and singled out data-driven personalization recommendations as being “in the early innings, at scale.” Artificial intelligence greatly helps the cause, and companies — like Amazon and Alibaba — are investing more in it. 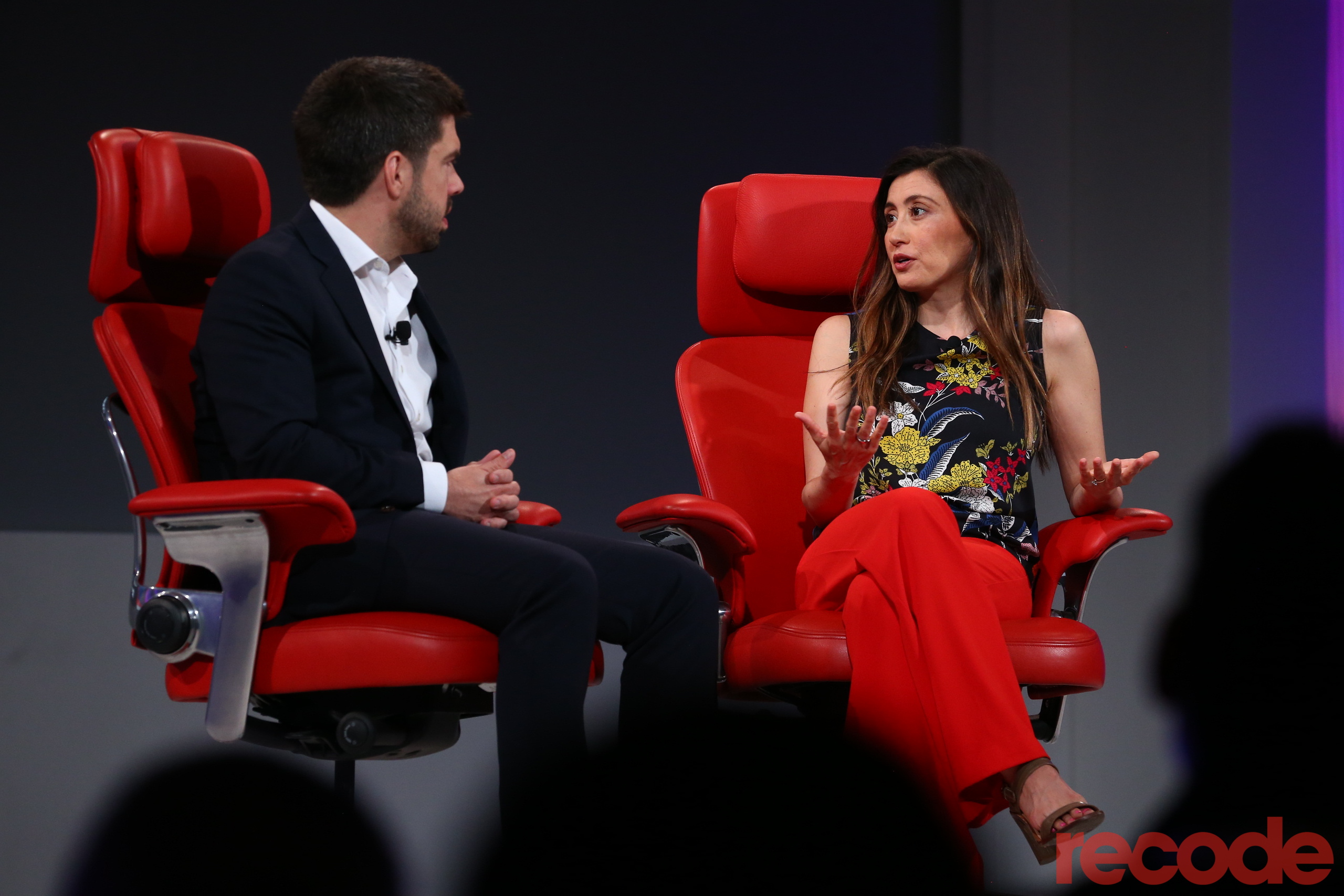 Stitch Fix, a new-era fashion styling and apparel subscription company, hinges on a combination of AI and human beings for its personalized services…so much so, one interviewer asked chief executive officer Katrina Lake if the company had ever entertained conversations with Amazon about joining forces. (The answer was no “serious” talks, though she didn’t elaborate about whether there were other types of talks.)

For Meeker, Alibaba may be even more interesting, as a leader of China’s “New Retail.”

Quoting Alibaba, she said, “It’s fair to say that our e-commerce platform is fast becoming the leading retail infrastructure of China. Alibaba’s marketplace platforms handle billions of transactions each month, we have the best insights into consumer behavior, we have deep technology, and a comprehensive ecosystem of commerce platforms, logistics and payments.”

Alibaba cofounder Joe Tsai was a little more humble in explaining his company’s point of view in a later session: “We’re kind of spoiled in the Chinese market, with 800 million Internet users,” he said. “Everything you do, you’re assuming it’s going to be tens of millions or hundreds of millions of people who will be using your product.”

As it makes equity investments and acquisitions to expand the platform beyond its home territory, to places like the U.S. and Europe, it also weighs the current climate and feels the tensions Americans and their administration have toward China.

Alibaba’s goal is not to target U.S. consumers, Tsai said, but to help U.S. companies tap into the Chinese audience and explore what many consider a future-forward retail market. But he doesn’t understand the negative view some Americans have with his home country.

“There’s nothing wrong with a country wanting to upgrade its own manufacturing sector, go higher tech, be more innovative,” Tsai explained. “But then, from the Chinese perspective, what we’re seeing is there are a lot of people in America that want to stop China from doing that.”