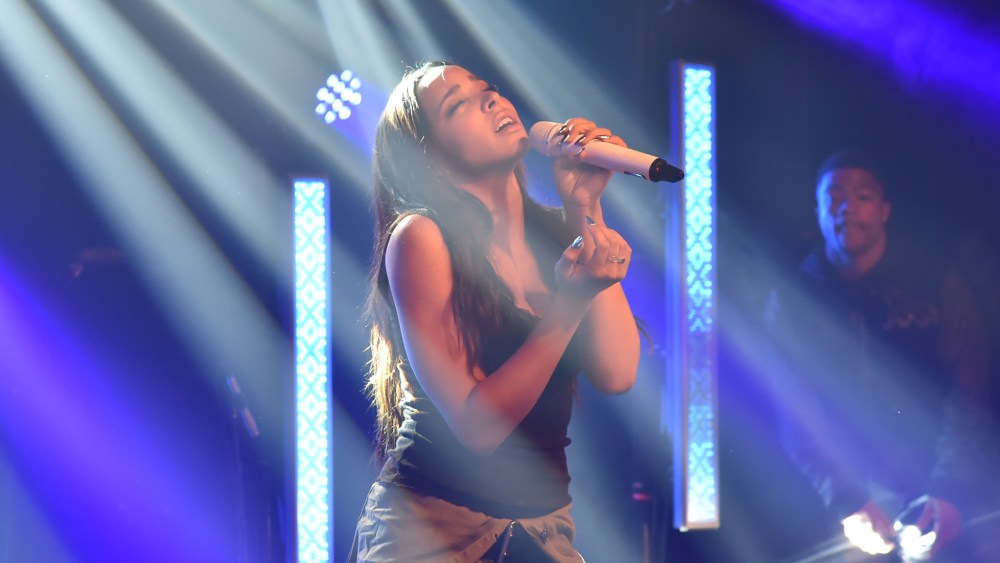 “Come on over, sit down,” Tinashe insisted on Wednesday night, patting the velvet cushion beside her. The singer (née Tinashe Jorgenson Kachingwe) was ensconced in a corner banquette of Macao Trading Co.’s cellar bar in TriBeCa. The place was packed, mostly with beautiful Millennials sporting jean jackets and Whitestriped teeth, for a Ralph Lauren-thrown pre-concert cocktail toasting Tinashe and Cody Simpson on appearing in the brand’s Denim & Supply fall 2015 campaign. In half an hour or so, the room would head a block south to the iHeartRadio Theater, where the two would take the stage to perform their cover — created in conjunction with the campaign, of course — “Express Yourself” live. But for now, it was pre-game time and the room was enjoying some tasty canapés and some equally tasty drinks.

“It’s a really cool line that’s really relatable. I always love collaborating with creative people,” Tinashe continued, in the shadow of her burly bodyguard. The singer has been in the company of many creative people — creative fashion people, that is — of late. She garnered some industry cred during fashion month, sitting front row at Opening Ceremony and Jeremy Scott and performing at Alexander Wang’s after party. “It’s going to be a really great show,” she said, speaking of Wednesday night’s performance. “We’ve got some really dope people in the audience.”

Cody Simpson, occupying the other side of the room, was equally pumped. “I’m stoked,” he said, pushing some bleached locks out of his eyes, ever the teen heartthrob. “I’m starting a band with some of my friends and two of them are here playing with me tonight. We just love to jam. We’re all pretty young and we just like to play music. So we all flew out here and we’re going to play the gig and enjoy the city.” What does enjoying the city entail? Some post-concert revelry? “Oh yeah, 100 percent. I don’t know where we’re going though, really,” he shrugged. “I’m going to let the locals figure it out. I’m just along for the ride.”