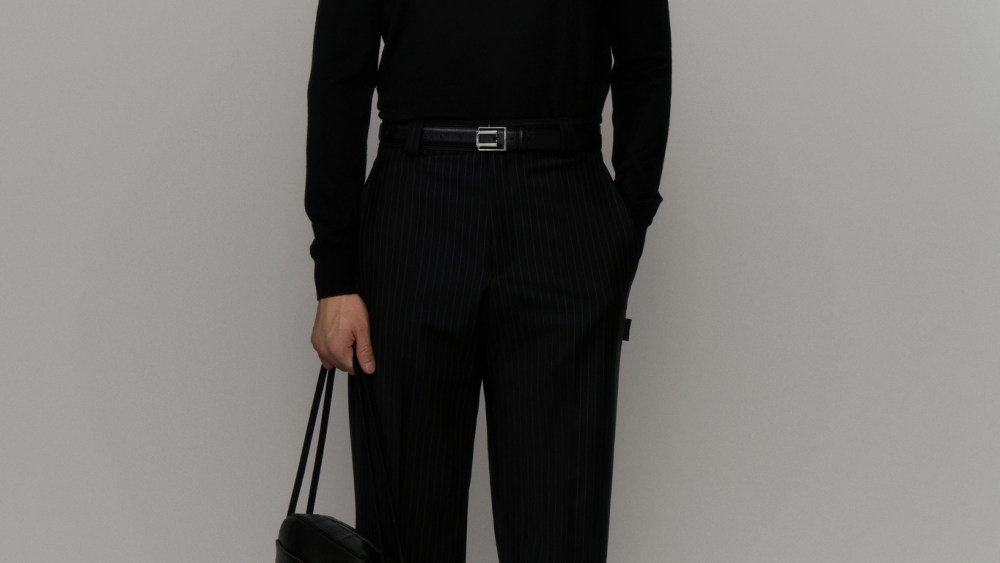 When Ssense likes your women’s line enough to ask you to expand into men’s wear, you pick up a sketchpad and get to work.

That’s just what happened to Huy Luong, Dylan Cao and Jin Kay, the founders of Commission, a New York-based label that has its roots in their East Asian heritage. Luong, Cao and Kay are all first-generation immigrants from Vietnam and South Korea with degrees from The New School’s Parsons School of Design. After they graduated, the friends worked for other fashion companies but the experience wasn’t fulfilling, so they decided to team up and launch their own label.

Commission was born in 2018 and took its inspiration from the wardrobes their mothers wore to work in the 1980s and ’90s, reinterpreted for today’s modern woman. Think fitted pencil skirts, oversize blazers, slipdresses and zebra-print shirts.

Net-a-porter picked the line up its first season as part of its Vanguard collection of emerging designers. Commission then was added to the mix at Browns, Joyce and Ssense.

The success of the women’s line at the Montreal-based designer and high-end streetwear store prompted Ssense’s buying team to approach the trio about extending their line into men’s wear for this fall.

Cao said they had always planned on eventually designing men’s wear but believed that establishing a foothold in women’s first was the wisest course of action. Once Ssense expressed interest, they turned their attention to their fathers and what they had worn to work — and during their leisure time — in the same time period.

“It’s very similar to how we approached the women’s wear,” said Cao, pointing to the “timeless” key pieces in the men’s offering.

The result is a nostalgic take on work attire that includes a modernized trenchcoat with an elongated neck flap that they first used as a sleeve detail in the women’s line, and a military-green colored suit updated with carpenter pants. “We all wear Dickies and Carhartt so this is a cheeky take on that,” Cao said. Another special piece is a sweater with a polo-style collar and ribbed bottom that looks like mohair but is actually brushed cashmere from Japan. A button-down silk shirt sports a print based on ’80s packaging from South Korea, there’s an updated track suit and jeans with an extended “fanny pack detail” on the back of the waistband.

Although the line is distinctly men’s wear, several of the pieces are unisex, they said, including the brushed cashmere sweater and the track suit.

The debut collection, which will be exclusive to Ssense for fall, is tight — around 25 pieces. But in the future, Kay said the plan is to “explore more” options for men to complement the women’s.