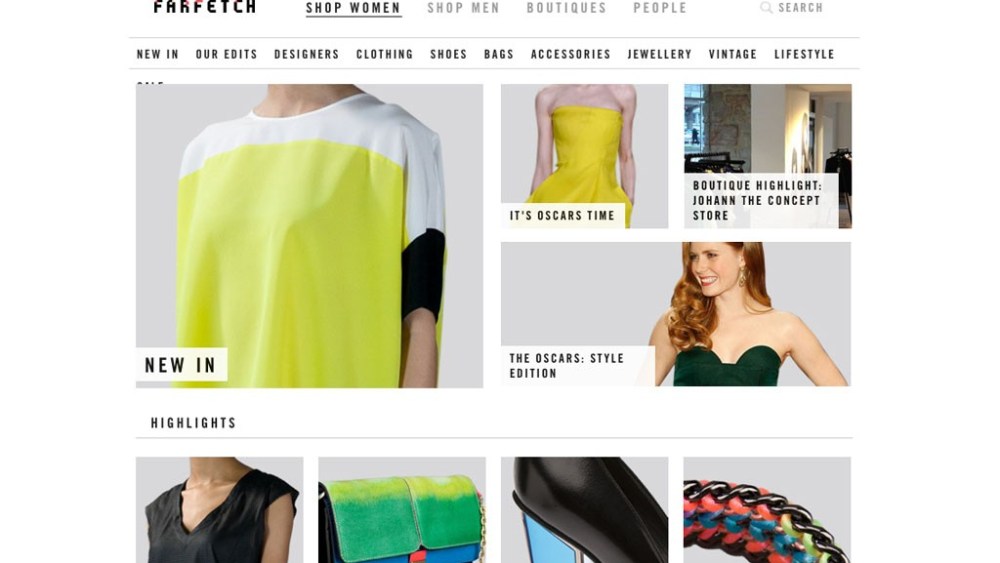 LONDON — Condé Nast International has made its biggest e-commerce investment to date, leading a $20 million round of funding into Farfetch.com, an online marketplace for high-end, independent fashion boutiques worldwide.

CNI, a division of Advance Publications, has made its move alongside existing Farfetch investors Advent Venture Partners, Index Ventures and e.ventures. Farfetch has annual sales of $129 million and works with 250 stores in 17 countries.

“Farfetch has a unique position, connecting boutiques around the world by e-commerce to sophisticated fashion customers like our magazine readers and Web site users. It’s a natural for Condé Nast,” said Jonathan Newhouse, chairman and chief executive officer of CNI.

James Bilefield, president of Condé Nast International Digital, said: “This investment underlines our commitment to extend the scope of our activities and back great entrepreneurs.” As part of the investment, Bilefield will join the Farfetch board.

The investment comes on the heels of Condé Nast Germany’s purchase of a 26 percent stake in Monoqi, an online store for high-end, contemporary furniture and interior design. Last month, Condé Nast Germany also upped its stake in RenéSim, a luxury online jeweler, to 46 percent. The site offers high-end jewelry, colored gemstones and diamonds as well as custom-made jewelry.

José Neves, who founded Farfetch in 2008 and who serves as its ceo, said the new funds will be used to expand in markets where the site still has a relatively small presence, such as the U.S., Germany, Eastern Europe and Scandinavia.

Neves also plans to launch a Japanese language Web site later this year and he is mulling the creation of foreign-language sites in Mandarin, Korean and Spanish. Farfetch already has sites in English, French and Portuguese.

Both Neves and Bilefield stressed that while their companies would remain separate, they would actively cooperate, share information and help each other. Neves stressed that the investment was “not about a JV or a strategic partnership” or a fusion of e-commerce with the Condé Nast titles.

In its almost three-and-a-half years of existence, Farfetch has built up a site of specialty fashion boutiques that serve 150,000 consumers in more than 140 countries, according to Neves. Last year saw a 145 percent increase in the amount of total sales transacted through Farfetch from 2011 and he projects 120 percent growth for 2013.

In terms of its retail model, Farfetch takes a percentage of sales from retail partners. The multicurrency enabled site provides the entire range of e-commerce services, from product photography to descriptions, videos, editorial and customer service to stores like L’Eclaireur in Paris; Biffi and Banner in Milan; Uzerai in Warsaw; Smets in Luxembourg; Splash in Cyprus, and Pagne in Denmark.

Although based in the U.K., Farfetch’s biggest market — and its fastest-growing one — is the U.S. Responsible for about 25 percent of overall business, Neves estimates that the $32 million in U.S. sales in 2012 will surpass $70 million this year.

“We have 80,000 products available on Farfetch [from more than 2,000 brands] and the largest luxury e-tailer has around 12,000,” Neves told WWD. He added that in addition to the volume of product, a broader selection often containing emerging or hard-to-find labels and the level of curation sets it apart from other sites. Another key point of differentiation is the multichannel aspect: Whatever users see on Farfetch is also available at brick-and-mortar boutiques.

“We will continue to sign the best boutiques in the U.S. as fast as we can. We’re not planning to expand [solely] in terms of numbers — a lot of it is quality. That is the key strategy in the U.S. that we’re pushing in terms of brand awareness,” Neves said.

The site currently maintains 35 U.S. boutiques, counting New York City’s Fivestory and Newport Beach’s A’maree’s as the newest additions as of last month, according to Neves.

According to Claire Distenfeld, owner of Fivestory, about 15 percent of the Madison Avenue store’s merchandise is sold online via Farfetch, but within a few months, 80 percent of the store’s men’s and women’s clothing, accessories and home goods will be available on the marketplace.

“We hope this will become a significant portion of the business,” Distenfeld said. “We know it will be an organic growth and we don’t have any miraculous expectations starting out.”

The second largest market is Farfetch’s native U.K. — 12 percent of the business — followed by Brazil and Australia, tied for third at 9 percent each. Hong Kong, Japan and South Korea are also doing well, and Japan is among the quickest-growing regions. Neves noted that growth in Europe is a bit slower, blaming mostly the Continent’s lagging economies.

Neves plans to beef up Farfetch’s mobile and multichannel platforms and launch apps that speed up and enhance the shopping experience, such as click-and-collect.

In December, Farfetch revealed it had inked a sponsorship deal with the British Fashion Council to support the latter’s London Show Rooms initiative. Farfetch and the BFC have already begun cohosting events worldwide aimed at promoting young and emerging British designers. The deal is for one year, with the aim of renewing.