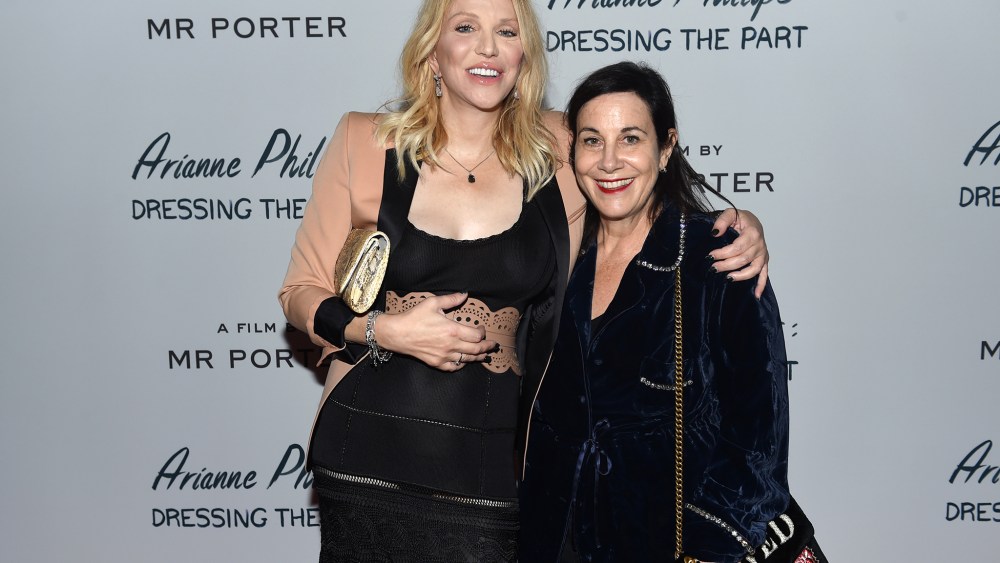 When men’s wear retail site Mr Porter first pitched the idea of a film about costume designer Arianne Phillips’ body of work, producers felt a 10-minute edit would suffice. This was before fellow creatives like Tom Ford, Alessandro Michele, Jeremy Scott, Jean Paul Gaultier and Lenny Kravitz agreed to speak about their longtime friend and collaborator.

“Dressing the Part,” which was screened Thursday at the Metrograph theater in New York, quickly became an hour-long glimpse into Phillips’ career, which includes work on films like “The Crow” and “Nocturnal Animals.” Toss in the fact that she’s been Madonna’s stylist for the past two decades and suddenly an hour seems like nothing.

“Every time we thought we’d finished, someone else would agree to do it,” explained Mr Porter brand and content director Jeremy Langmead. “Madonna in particular was very precise about what she wanted and how she wanted it. She’s very professional.”

Director John Mitchell Cameron, with whom Phillips worked on “Hedwig and the Angry Inch,” attributes a good deal of Phillips’ success to her versatility. “Some people are on the fashion side, some people are on the costume design side and rarely do they meet in the middle, but Arianne is able to do both,” he observed. “It’s partly because she’s kind of a therapist to a lot of people. She calms them down.”

Courtney Love, excited for this season’s New York Fashion Week despite feeling “a little zaftig,” has worked with the designer since the Nineties and was responsible for first introducing the “Material Girl” singer to Phillips. “She just really gets you and understands where you’re going,” remarked Love. “She knows the right things.”

Phillips described watching herself on the big screen as a “surreal” experience — especially in the company of guests including Steven Klein, Johannes Huebl and Pedro Pascal. The Chilean actor was outfitted by Phillips for the upcoming feature “Kingsman: The Golden Circle,” set in a Savile Row tailor shop. Exercising her creative prowess, the New York native once again created the film’s wardrobe but also designed a special collection of suits inspired by the movie, which are available exclusively on Mr Porter’s web site.

“It’s not a linear thing,” she explained following the screening. “I’m not just a costume designer for movies or a fashion editor for magazines or Madonna’s stylist. I do one to inform the other — it’s what keeps my work fresh.”

In collaborating with big personalities, Phillips encourages creative input from all those involved and describes the importance of being “sensitive to the person you’re working with” while telling a story through dress. In “Dressing the Part,” Phillips describes a moment she had with Tom Ford while filming “Nocturnal Animals,” during which she encouraged the designer to include more than one dress option for a scene with actress Julianne Moore. Phillips explained having more than one option would allow Moore to have a voice in the selection process.

“Costume is a story telling tool, fashion is a reference point,” she said.

In the coming months, Phillips’ designs will be seen in a joint production between the Metropolitan Opera in New York and the English Opera in London opening in November, a Madonna-directed film next year and an upcoming Broadway musical.

“Fashion, for me, is a reflection of culture in a time,” she added with a demure smile.