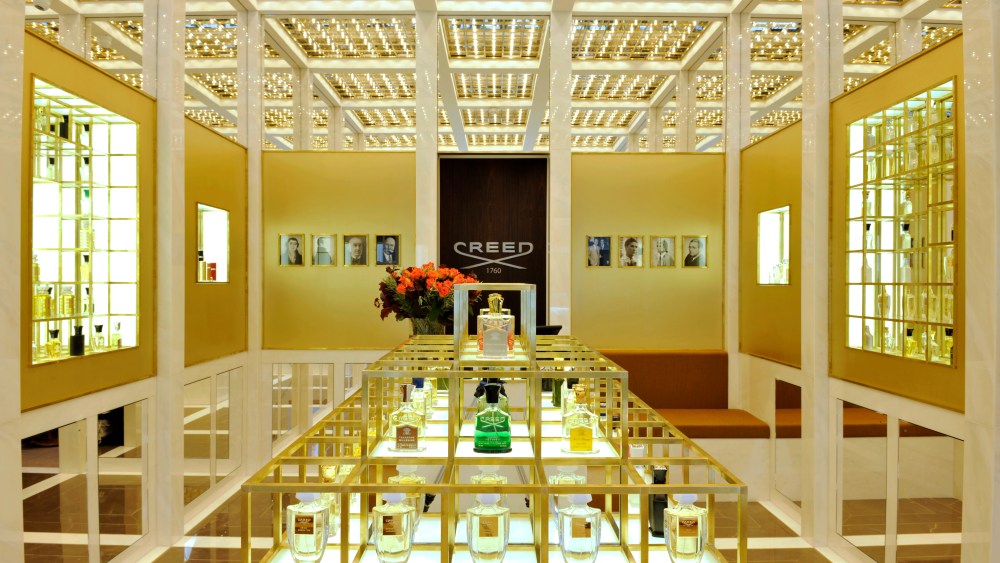 MOUNT STREET MADNESS: Mount Street — and its environs — are getting hotter, with a recent flurry of retail openings.

Earlier this week, Dior opened a pop-up shop behind the Connaught Hotel, while Creed has opened its first store on the street, and Bamford has planted a flag on South Audley Street — just around the corner.

Creed’s flagship at 99 Mount Street, between Céline and Balenciaga, spans 420 square feet over two floors. It carries a wide range of Creed fragrances, with plans to stock a line of scents exclusively. The lower ground floor offers bespoke fragrance services.

Designed by Can Onaner, the interiors feature taupe and white marble floors and a square, mirrored ceiling. “When deciding on a location for Creed’s first stand-alone boutique in the U.K., Mount Street was the natural choice,” said Chris Hawksley, managing director of The Orange Square, which distributes Creed in the U.K.

“It not only pays homage to the brand’s original Mayfair roots, but also thrives as one of the capital’s most desirable shopping destinations.”

A few minutes’ walk away, at 62 South Audley Street, the British luxury label Bamford has opened its second London location. The 1,000-square-foot store carries the brand’s fall ready-to-wear, accessories, and home collections, as well as its range of organic body and skin care.

“This is our second store in London and complements our two Haybarn Day Spas in Knightsbridge at The Berkeley Hotel and in Piccadilly at Fortnum & Mason,” said managing director James Greenfield.

Clothing rods are made from branches suspended from the ceiling by braided rope.

The brand, formerly known as Bamford & Sons, went through a major restructuring in 2009. It previously carried men’s and women’s rtw and accessories, and had flagship stores in London, which have since shut.

The brand currently has four stores and four spas in London, the Cotswolds and Tokyo.