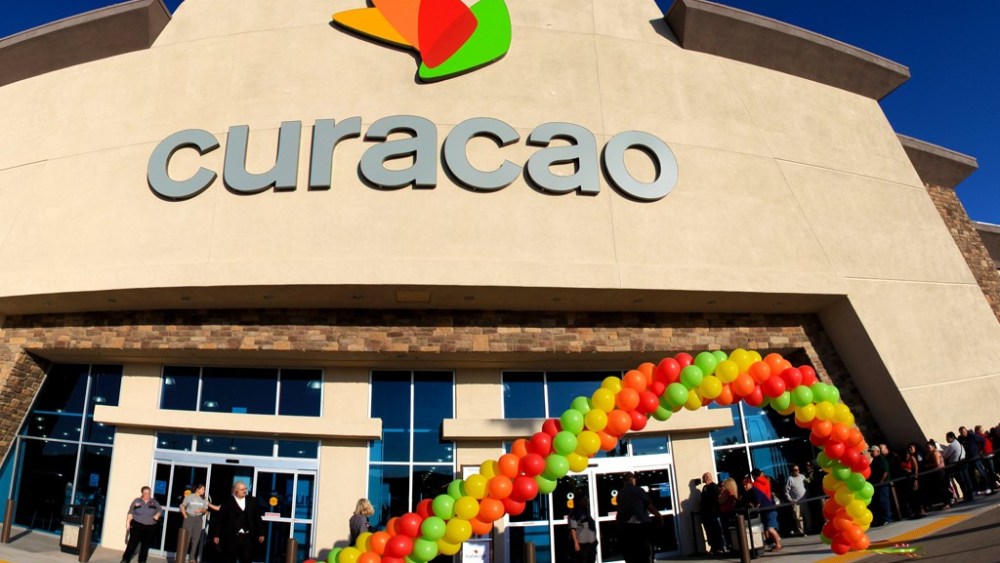 Say “hello” or “hola” to Curacao, the 11-unit Los Angeles-based department store chain with more than three decades of experience serving Hispanic shoppers spent the last two years figuring out how to broaden its reach. The result is the “La” has been dropped, store signage has gone bilingual, the primary language for store staff has been switched to English from Spanish and the retailer, a formidable advertiser on Spanish-language television in the U.S. with a $17 million annual ad budget, has started running English commercials for the first time.

Just as many American retailers were waking up to the importance of the burgeoning Hispanic population, Curacao realized that population was changing. According to president of the retail group Rick Hutton, about 35 percent of new Curacao customers this year were born in the U.S., compared to a scant 9 percent in 1995 — and recent immigrants as a percentage of the total shopping its stores is due to fall with immigration from Mexico slowing to a standstill and the comparatively high birth rate of U.S. Hispanics replacing it as the main population growth driver. “There has been a pretty significant shift,” said Hutton.

Curacao has been a long-time retail haven for first-generation immigrants who favored its credit cards (over half of the applicants for Curacao’s credit cards have limited or no credit), reliance on Spanish and program that ships merchandise to people in Mexico and Central America. But Hutton said the retailer was missing out on some 60 percent of residents in the five miles surrounding its stores who are not Hispanic. Curacao senses an opportunity to siphon non-Hispanic customers from their traditional shopping stomping grounds such as Kmart, Sears, J.C. Penney and Best Buy.

“Previously, we had limited ourselves to a very small percentage of the population around the stores where we were located,” said Hutton, who noted that less than 15 percent of residents near its stores are recent immigrants who identify culturally with their home country and for whom Spanish is the language of choice. “Clearly, we were limiting ourselves in terms of our potential.” Speaking about ads in English to communicate with non-Hispanic customers as well as second- and third-generation Hispanic consumers, he added, “We are focusing on great products, great service and not just speaking in Spanish.”

Of course, Curacao didn’t want to push away its current, loyal shoppers in search of a fresh crop of customers. Hutton stressed its rebranding has been carefully orchestrated to appeal to both old and new shoppers alike. “The entire focus that we have had in this repositioning is first service our core customer. That is why the emphasis is becoming a better retailer serving the Hispanic community,” he said. “We have been extremely sensitive to building a better experience for our existing customer base. We believe that by doing that we will draw other customers in.”

In focus groups about the dropping of the “La” in the name, for example, he recalled, Curacao’s decision was validated by comments from regular customers that the “‘La’ makes it too Hispanic. We are not interested in shopping in a Hispanic store. We are interested in the products and services that we want.” Still, Curacao hasn’t abandoned successful long-standing practices. Although English is now the first language store staff uses, they provide service in Spanish after a customer initiates conversation in Spanish. In 750,000 monthly direct-mail pieces, English has been added, but it follows Spanish.

Hutton reported that Curacao’s efforts are having the desired effect. In its Tucson, Ariz., store that opened in September, he noticed that 60 percent of transactions are made in cash or credit cards that aren’t Curacao’s, an indication the retailer is enticing shoppers beyond its core customers. In California, 90 percent of Curacao’s sales occur on its credit card, which is held by more than two million people. The core customers, however, Hutton said, “continue to tell us they would love to stay with us. They don’t expect to graduate to…somewhere else.”

As it is implementing rebranding, Curacao has been upgrading stores. Units that have been open for at least five years have all been remodeled at a cost of hundreds of thousands of dollars for each store. Hutton singled out a refresh of the cosmetics areas, which mostly have black-and-white floors and bright countertops. To suit the updated look, Curacao has been striking deals to bring in more branded merchandise. In sunglasses, Hutton said the company has entered into a direct relationship with Luxottica that has led to Coach, Versace and Dolce & Gabbana becoming a part of the sunglass merchandise mix to help push sunglass sales up more than 60 percent.

“I have over 6.5 million customers that walk into our stores everyday, and they are looking for newness. They are looking for brands. They are starting to look at us as a destination for beauty products and fashion,” said Hutton. Although 60 percent of Curacao’s sales are from electronics and it doesn’t carry apparel, he pointed out that cosmetics and jewelry have been among its fastest-growing categories, increasing 16 percent and 24 percent over last year, respectively. Curacao plans to introduce handbags soon.

Overall, Hutton said Curacao has registered comparable-store sales increases in the high single digits this year. He wouldn’t discuss the sales figures for the company as a whole, but it is estimated to generate in excess of $400 million a year. Curacao’s largest volume store in Los Angeles pulls in $55 million in annual sales. Hutton, who expressed optimism about the outlook for holiday, has seen signs the economy is improving. “Our customers have certainly been impacted as much as anybody. We have a large percentage of our customer base where the primary earner is in construction, which has been hit, but, clearly, in the last year, there has been some stabilization,” he said.

Over the next five years, Curacao intends to expand to 25 stores. Hutton believes there’s room for additional stores in Curacao’s existing markets of Arizona and California, where the retailer has yet to enter the Northern California and San Diego regions. Outside its existing markets, Texas, Illinois and Nevada are possibilities. Curacao stores average 100,000 square feet and are stand-alone units as well as in malls. “There has been a tremendous level of receptivity today to have [retail real estate] discussions whereas six or seven or eight years ago there was less receptivity,” said Hutton. “Mall owners are looking for retailers such as Curacao that drive tremendous traffic. In the malls that we have been in, if we are not the draw, we are one of the [leading] draws. It seems to bring life to the entire mall.”