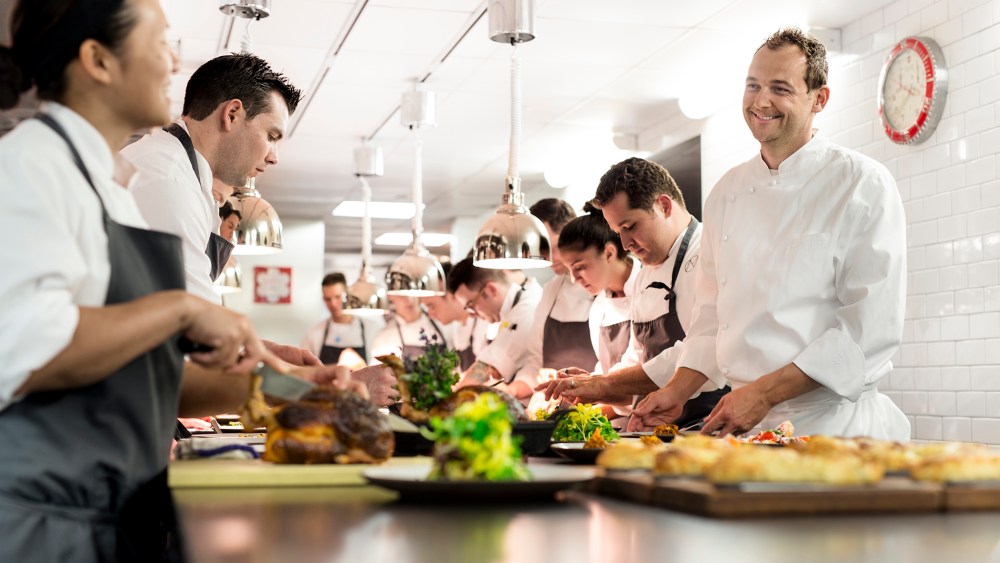 Fans of the NoMad hotel’s culinary offerings will be pleased come October 13. That’s when Daniel Humm and Will Guidara, the men behind the restaurant as well as co-owners of the Michelin-starred Eleven Madison Park, will release a cookbook with a very on-the-nose title: “The NoMad Cookbook”. It’s the third from Humm and Guidara but this go-around, the focus will be as much on cocktails as food —  an aspect overlooked in their “Eleven Madison Park” and “I Love New York” books.

“This library has always been a big part of this place,” Guidara says, sitting in the hotel’s bookish bar. “When we first opened we had these books with flasks hidden in them, so if you found one of them, you got a free flask of whiskey.” This provided the inspiration for the book’s cocktail guide, written by Leo Robitschek, which comes in the form of a small book tucked in the back cover.

After their first two books, the feedback was that the recipes were a little too simplified. “People were like, ‘Hey, we’re real cooks,’” Guidara says, “So this time we gave the recipes the way that we actually use them in the kitchen.” The latest cookbook contains recipes for all their signature dishes, like the Humm dog, the radishes dipped in butter, and the roast chicken with black truffles, foie gras and brioche, which “is what I think most people will be excited about,” Guidara says.

But simplicity is still relevant. “Compared with the Eleven Madison Park cookbook — and I’m not a chef so I can say this with conviction — there’s a lot of stuff in here that I can cook,” Guidara says of the book’s approachability. The recipes are supplemented by features including a step-by-step photo series of preparing the famed chicken dish and a day-in-the-life segment that shows just exactly how a restaurant like this is run.

“A cookbook is a moment in time,” Humm says. “because otherwise you look back at the end of the day and all the meals have been eaten and the experience is gone.”