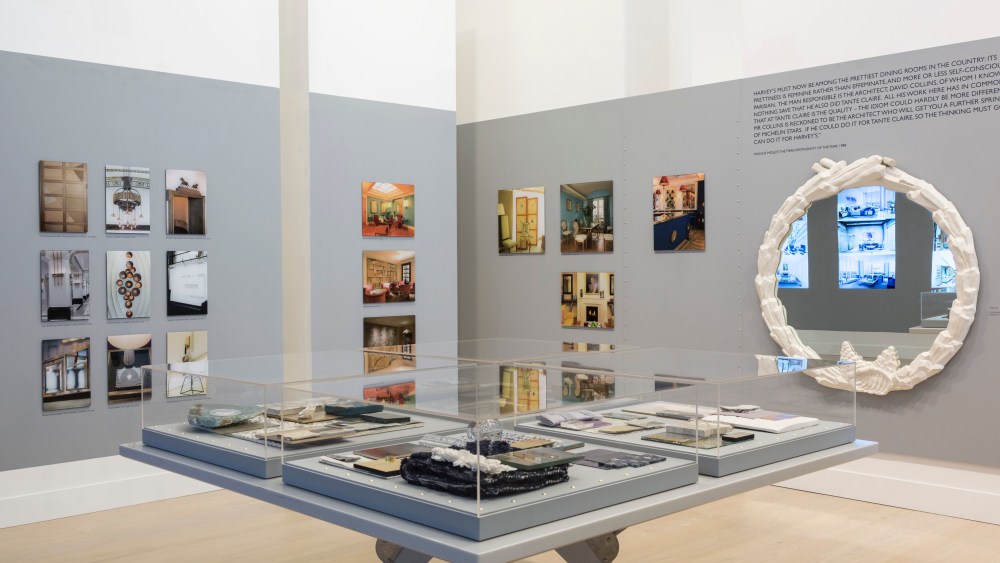 PART OF THE FURNITURE: David Collins Studio marked 30 years in the interiors business with a flash exhibition at Phillips in London that looked backward — and forward in time. The 24-hour show, “Past Present Future,” addressed those themes, with highlights including a martini cart swiped from The Connaught Hotel’s bar — whose decor is a contemporary riff on Edwardian splendor — and endless images of the restaurants, hotels and private homes that glow with that distinctive Collins halo.

Interiors are filled with rich color palettes, textured surfaces, offbeat details — such as the little gold Champagne buzzers at Bob Bob Ricard in Soho — and, most importantly, flattering lighting able to make even sleep-deprived individuals glow.

The exhibition featured images, sketches, Post-it notes from Collins, swatches and even an example of the delicate molding — with a feathery wing pattern — that Sarah Burton, Alexander McQueen’s creative director, created with the studio for the store interiors. There were images of the Graff estate in South Africa — where the terrace follows the curve of the mountainside — and examples of the painted silk and hand-stitched panels of Hyde Park at The London hotel in Manhattan. The interiors of Collins own apartment in London — which for years served as a testing ground for his work —as well as those of the luxury flats and mansions dotted around London, also featured.

There were hints of future projects, too, including the de Grisogono jewelry shop on London’s Bond Street. While the studio moves forward, the vision remains the same. Simon Rawlings, the studio’s creative director, said every one the studio’s designs needs to reference the history and location of the particular space. “But not replicate it. We want to give the space a sense of timelessness — and the feel of a home,” he said.