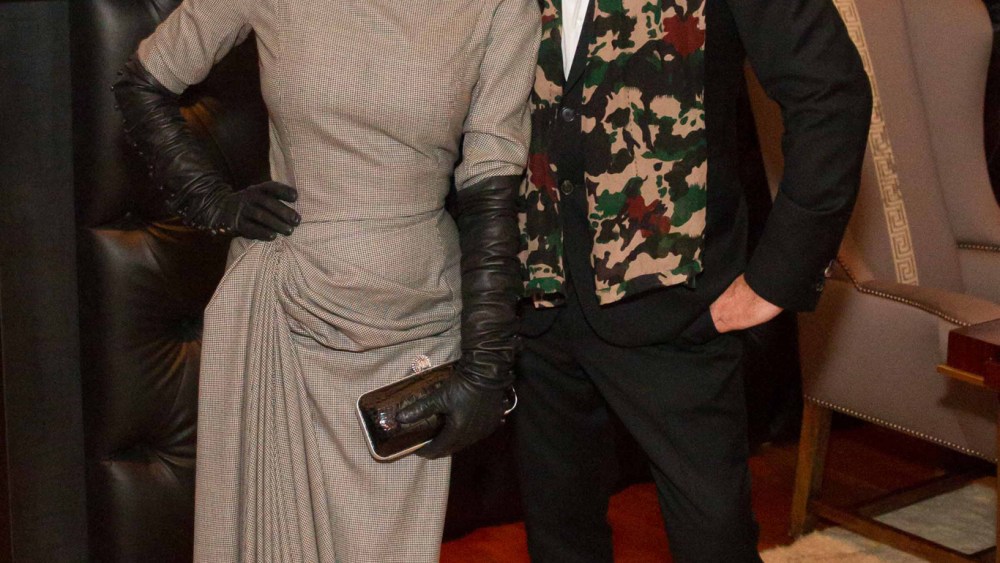 Dita von Teese, whose portrait graces the cover of the book, flew in from Los Angeles for the festivities, which took place at interior designer Ken Fulk’s downtown San Francisco loft.

Von Teese, a longtime friend of Downton’s, recently returned from Australia where she was promoting her sweater collection for Wheels and Dollbaby, and designing new silhouettes for her Dita Von Teese lingerie.

“I love my Australian clientele because they have a great appreciation of old-world glamour,” Von Teese said.

Also among Von Teese’s entourage was British couture corsetiere Mr. Pearl, who was in town to create new designs for Dark Garden, the insider corsetiere located in a hidden alley in Hayes Valley since 1989. In addition to Von Teese, Mr. Pearls’ client list includes Kylie Minogue and collaborations for the Scotland-based corsetiere have included Gaultier, Lacroix and Vivienne Westwood.

Meanwhile, after signing more than 80 books and greeting his fans, Downton was getting a little light-headed.

“More caviar please,” he demanded as he playfully drew sunglasses on his cover portrait of Von Teese. She in turn scrawled her signature and then pressed her lips onto the cover, forming a perfect red pout imprint with her lipstick, Dior Rouge Bingo No. 3.