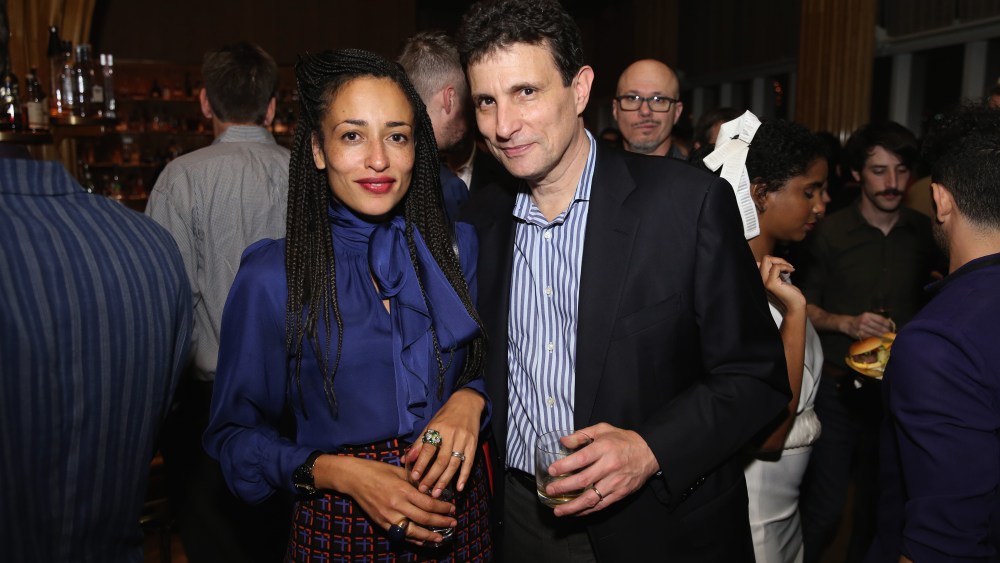 The Boom Boom Room has certainly seen a more raucous party than the one “The New Yorker” threw Saturday night in honor of its annual festival. The crowd of writers and editors—Jeffrey Eugenides, Zadie Smith, George Saunders and Bob Mankoff among them—was legions more subdued than the fashion set that usually frequents the Top of the Standard venue.

“I’m not much of a party-goer,” admitted Malcolm Gladwell, who was chatting up Brit Marling. That morning, he had given a talk about school shootings as part of the festival. “[The topic] is an article I’m writing for the magazine, and so I thought I’d present it before it’s finished so I could get ideas about how to make it better,” he said.

Roxanne Gay still had to worry about talking on a panel dubbed “The Hillary Question” on Sunday. “When I get back to my room tonight I’m going to try to do a little last minute preparing,” she said, noting that her main talking point will be that “It’s okay to support Hillary [Clinton] just because she’s a woman. It’s okay to say that, that we deserve a woman as president.”

In another corner, Ellie Kemper was relieved to be finished with her festival event, an interview with former college classmate and New Yorker writer Lauren Collins. “All day I was really nervous because I was like, what if Lauren throws me for a loop?” she said. The “Unbreakable Kimmy Schmidt” star is in the middle of filming season two of the hit Netflix show. “It’s very exciting to be a part of something that people respond to,” she said.

One person did seem to be cutting loose, and that was “New Yorker” editor David Remnick, who was fresh off a surprise performance with Patti Smith. The duo played “Because the Night” on stage together after their panel. “I was kidding around with her when we were texting about what we were going to do,” he said of the idea. “I don’t think I f—-d up too bad, and she was amazing. It was really fun, it was the most fun thing I’ve ever done with my pants on.” Ever the editor, he added, “And you can have that.”