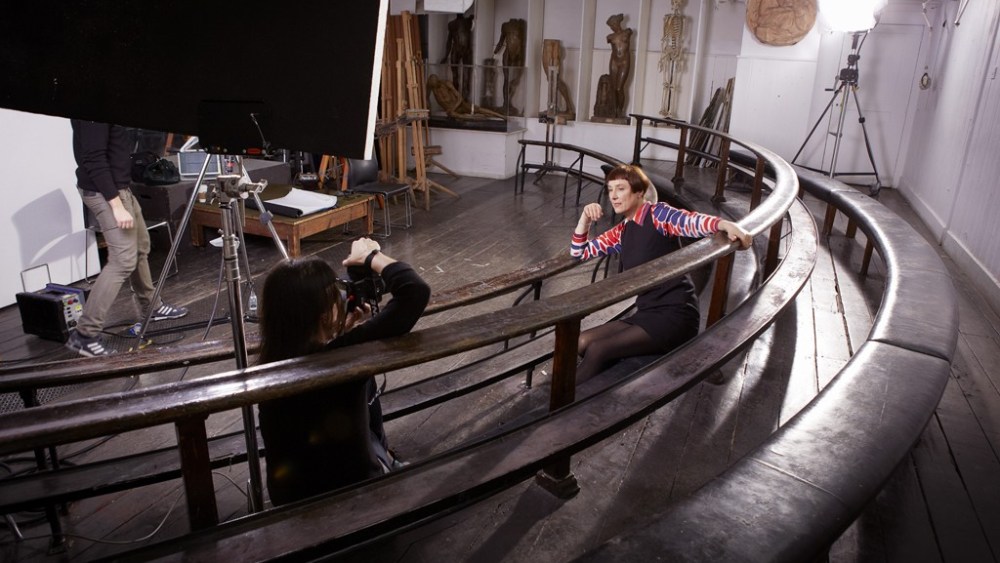 LIGHT FANTASTIC: De Beers Diamond Jewelers is shining a light on women in the workplace — and the classroom.

The jewelry brand, a joint venture between the De Beers diamond company and LVMH Moët Hennessy Louis Vuttion, is set to unveil an online campaign, shot by Mary McCartney, that spotlights the achievements of creative women around the world.

The Moments in Light campaign, which debuted on momentsinlight.co.uk today, includes the London fashion designer Alice Temperley and the Michelin-starred chef Skye Gyngell talking about their careers and particular experiences that have fueled their energy and ambitions.

“We didn’t want to pay a celebrity to wear our jewelry on the red carpet. We wanted to do things our own way, consistent with the brand’s DNA,” said François Delage, the jeweler’s chief executive. “What we wanted to have was a real depth of content, an authenticity, and we were keen to talk to women in a way that was intimate and relevant. These are real women, known in their craft. They have a story to tell that is consistent with the story we want to tell. We feel like the project is true to who we are, and it can remain alive over the years — and across geographies.”

The other women in the campaign are the artist and sculptor Cornelia Parker; dancer and choreographer Aszure Barton; and the artist and photographer Chen Man. Delage added that Moments in Light is set to be an annual project.

Alongside the campaign, the jeweler will provide financial support to Women for Women International, a charity that works with survivors of war and conflict in countries including Afghanistan, Iraq, Kosovo, Rwanda and South Sudan.

Brita Fernandez Schmidt, executive director of Women for Women International U.K. said that with help from De Beers, 150 survivors of war and conflict will go through the charity’s year-long program.

The brand will mark both initiatives with a dinner at the Burlington Gardens gallery at the Royal Academy of Arts in London on June 5.

During the dinner, De Beers will display the 1888 Master Diamonds, its collection of rare colored gems, and Creative Solitaires, a separate collection of diamonds in a variey of cuts and settings created by the brand.

The diamonds will be suspended from the ceiling as part of a special installation.