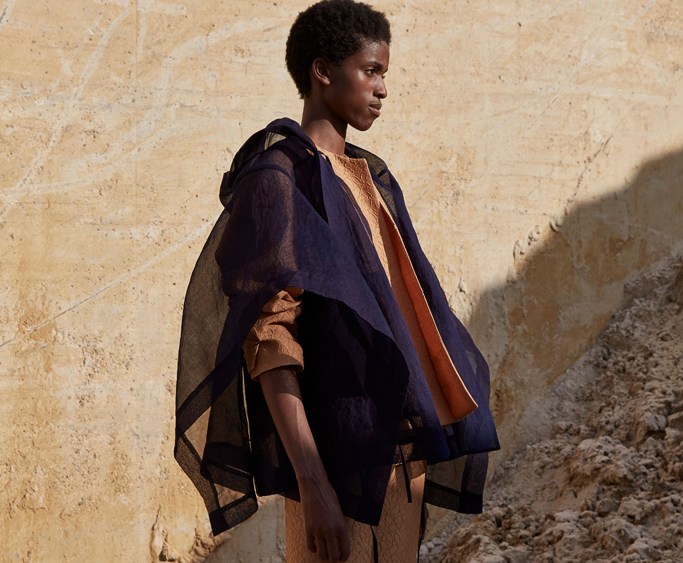 STRENGTH IN NUMBERS: Now in its seventh season, the Designers Apartment initiative, backed by the Chambre Syndicale, has become a fixture on the Paris schedule for many a buyer.

“In terms of new talent, I thought the Designer’s Apartment showroom was excellent,” said Macy’s group vice president and fashion director Nicole Fischelis. “The quality and the diversity and the integrity of the design from each of those designers was quite remarkable.”

This season the showroom gathers 11 young France-based designers at the Atelier Richelieu until Oct. 9, including three newcomers, A. Guery, Criloi and Victoria/Tomas.
Glenn Martens, designer for Y/Project, perhaps one of the most established brands showing, was attending for the fourth time.

“It’s very difficult to get a foot in the door as a young designer, and being backed by the Chambre Syndicale is a big help,” he said, specifying that the initiative was also useful for exchanging tips on issues like production and logistics between designers.

“A lot of good stores have come,” he added of the current session.

Iris Cantabri, showing for the fourth time, was offering a less conceptual collection than in the past in order to appeal to a broader audience, and had also dropped prices to an average of 500 euros at retail, or $563 at current exchange, said Caroline Droit, who oversees sales, marketing and communications.

The label is stocked at Harvey Nichols in Hong Kong, and picked up new concept stores in London and Kuwait at the event, she said. It will also introduce e-commerce at the beginning of November.

“We have seen a lot of attention for this collection,” said Droit. “The brand is beginning to take off and the collection is a lot more wearable.”

Showing for the first time, Anaïs Guery’s second A. Guery collection, built around exceptional fabrics and focusing on indigo dyeing techniques, had seen a positive reaction and a lot of interest.

Guery’s designs include an organdy-cotton blend sheer cape, priced at 280 euros wholesale, or $315, and a belted cotton jacket dyed irregularly to give a pattern in a shade evocative of bleached denim, priced 220 euros, or $248.

Maison Père, back for a second time — with what was designer Camille Omerin’s second collection — had won over several new buyers, notably from Taiwan, Japan, the U.S. and Italy with its pretty, commercial designs that combine masculine shapes with warm, earthy tones.

These included a long silk georgette shirt with a vintage-style floral print, priced at 295 euros for retail, or $332.

The brand’s first collection was already picked up by Harvey Nichols in Riyadh.

The other labels present were Avoc, Belle Ninon by Ling & Dawai, Koché, Monographie and Thierry Colson.