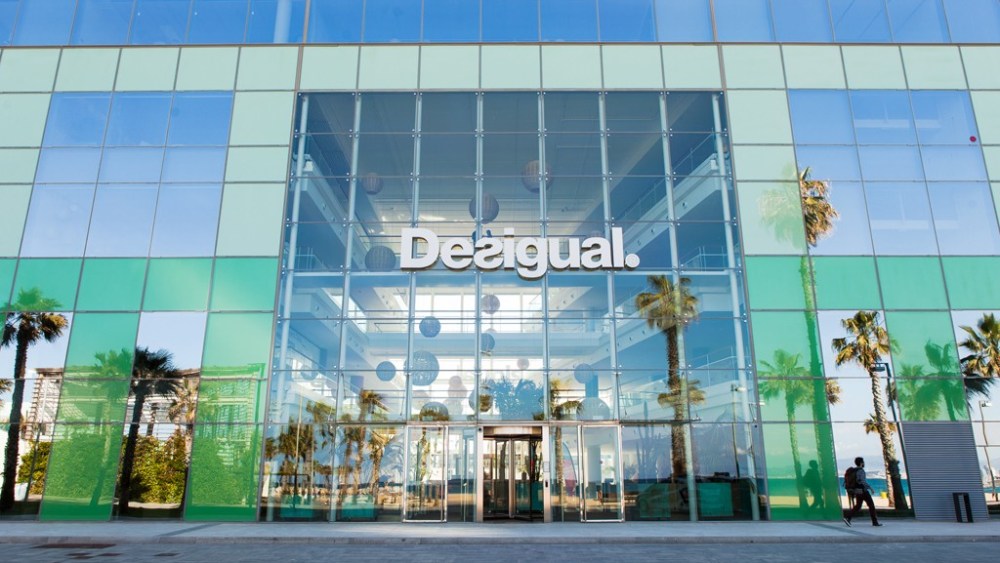 BARCELONA — “We have a dream to build a recognized brand in the fashion world — and that brand is not just about color; it’s got character too. We want consumers to have an experience, to feel something,” said Desigual’s chief marketing officer Borja Castresana.

Little doubt the Barcelona-based fashion chain is on the right track thanks, in part, to Paris-based Eurazeo SA’s recent investment of 285 million euros, or $390.7 million, for a 10 percent stake. “The partnership is not just about the money but to accelerate [worldwide] growth and with Eurazeo, there is additional expertise and experience, and more international reach for us,” said Manel Jadraque, chief executive officer, during a walkthrough of the retailer’s headquarters here.

The current expansion strategy targets the U.S., which Desigual entered in 2009, specifically Florida and New York City, where the brand operates five stores because “it’s one of the windows of the world.” Total U.S. sales for 2014 are expected to reach $70 million “but it’s an uphill fight. New York, for instance, is a very tough market,” Jadraque said several times. “It’s not easy for Europeans.”

Castresana added, “Eurazeo’s new contacts will increase brand presence in markets we wouldn’t ordinarily be in. We have no debt; the company can finance itself but if you want to be a global superbrand, you have to have  global reach. We’re in 109 countries. We need to strengthen our position in the U.S., Latin America and Asia where we will be growing significantly,” he predicted, especially in Japan, Singapore, Tokyo and Hong Kong, which he called “an entry point into China.”

All three markets are the focus of current efforts to open stores. “The aim of the partnership is to consolidate what we have, bring new consumers into the brand and enlarge our customer base,” he concluded.

Last year, Desigual sold more than 26 million pieces of apparel worldwide. Revenues rose 18 percent over 2012 to 828 million euros, or $1.1 billion at current exchange, with an earnings before interest, taxes, depreciation and amortization margin of 29 percent. Company sources said the label is poised to generate global sales of 1 billion euros, or $ 1.4 billion, by yearend, with France expected to be the biggest market and Spain in second place. Spain represents less than 20 percent of turnover, according to Castresana.

At the end of the year, Desigual will open its largest flagship in the world, a 32,292-square-foot store on a prime corner of Barcelona’s Plaza Cataluña.

Desigual ended 2013 with 405 stores, 2,500 department store corners, 11,000 points of sale and last year launched a wholesale format called D’Shops. To date, there are 75 units of that brand, with more planned. The retail operation is 95 percent company-owned with franchises due only to local requirements, Castresana said.

To date, there are eight categories in Desigual’s color-frenetic stable including women’s and men’s apparel (80 percent of which is produced in Asia); accessories; children’s wear, and such recent product launches as footwear, home, beauty and sport. Under the label Línea L, Desigual by M. Lacroix, French couturier and costume designer Christian Lacroix turns out two capsule collections — roughly 30 styles each — yearly for New York Fashion Week. There is an additional collaboration between Desigual and Cirque du Soleil, a spokeswoman said.

“Everything starts with a great product; that’s the first element,” explained Castresana, “then the story to tell and thirdly, a great price. You have to establish a kind of product architecture in terms of price, meaning the right balance, the right equilibrium.”

Desigual’s beachfront headquarters — with about 1,000 employees from 81 countries — is housed in what a worker called “a state-of-the-art horizontal skyscraper,” purportedly the second-longest building in Barcelona stretching 262,640 square feet with a paneled Mediterranean blue-green reflective-glass facade by Catalan architect Ricardo Bofill.

Inside is more than a nod to Silicon Valley and the corporate motto “La Vida es Chula” (which loosely means “Life is a Blast”), with an automated fingerprint identification system, full-height entrance hall and open-space floor plan peppered with feel-good sayings and quotes, and views of the sea on one side and the port of Barcelona on the other. With six stories and a landscaped rooftop terrace, interiors by local architectural studio Turull Sorensen mix floating bamboo lighting and decidedly non-corporate contemporary furniture with rustic wood, antiques, hydraulic tiles and ethnic accessories. There is a fireplace, an “inspiration” area, coffee corners, changing rooms for a quick paddle surf, and on the ground floor, a year-old store pulsates with across-the-board Desigual merchandise and hip-hop music.

There is no fixed seating, no desks, cubicles or phones, no secretaries and no paper because everybody walks around with a tablet computer.

“It’s all thought out for employee comfort — and the warmth of the environment fosters communication,” said Castresana.