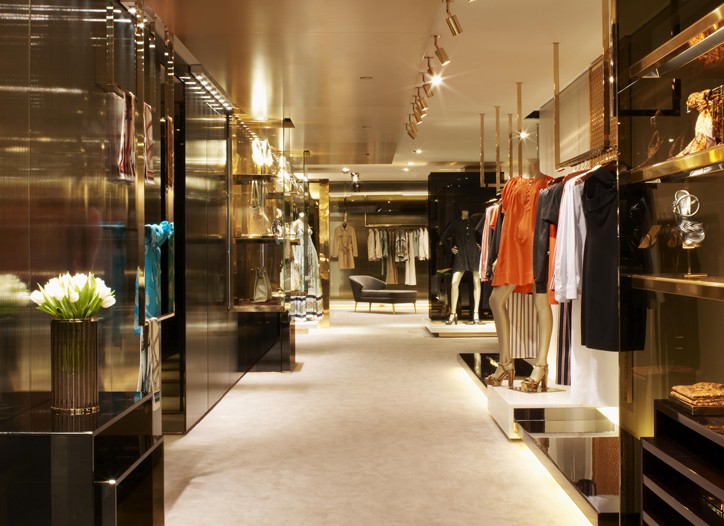 MILAN — It’s not every day you see a chief executive officer of a $3.2 billion business patiently waiting in line at the canteen of the manufacturing plant he oversees. Nor are the artisans used to being asked for their opinion on the future of the company for which they cut and stitch hides by hand each day.

This, however, is Patrizio di Marco’s modus operandi at Gucci. In his first days at the company, di Marco, who joined the brand as president and ceo on Jan. 1, chose to shake hands with each worker at the Casellina plant in Tuscany and get the answer to a straight question directly from those who craft those famed double-G logoed hobos.

“What would you do? This is the most difficult question to answer,” said di Marco at Gucci’s Milan showroom during his first interview since taking the helm. “My priority was to meet the workers, to go and see how things worked and check out the production. People are the miracle [in a business] and nobody is an island.

“I hate it when you only talk to those directly reporting to you — you don’t create a team,” said the effusive and personable executive, whose track record includes the turnaround of Bottega Veneta as that firm’s president and ceo. Di Marco replaced Mark Lee at Gucci, and has held executive positions at Louis Vuitton Americas, Celine and Prada.

“It’s my karma,” he joked of taking over one of the world’s major luxury brands in the midst of a recession and curbed consumer spending. When di Marco joined Bottega Veneta, the brand had lost direction and he had to face the post-9/11 downturn. While Gucci has grown 46 percent over the past three years, the new ceo does face one of the worst economies in decades.

But he has a clear vision for the brand. Peppering his conversation with references to Gucci’s history, the executive is focused on leveraging one of the company’s main assets — its deeply rooted craftsmanship. “Gucci’s competence is absolutely exceptional,” said di Marco, who believes in preserving the brand’s Made in Italy production and shuns outsourcing. “This is not about protectionism, but can you imagine a Ferrari being made outside Modena? I’m not sure luxury is about outsourcing,” he said.

Responding to his own question about steps that need to be taken, di Marco is set on emphasizing quality. “Especially now, value and price are increasingly more important and fundamental — as much as the product offer,” he said. “Many companies feel privileged, leveraging on the brand, in the belief that the product will sell anyway. That’s abusive, because the customer is king and as such must be treated that way.”

Di Marco recalled his first meeting with creative director Frida Giannini to the date. “It was on Oct. 10, in her office, and we talked six hours straight,” he said. Di Marco said he wanted to understand how big the merchandising aspect was for the designer. “I was under the impression that the collections were excessively large and wide ranging, both in terms of leather goods and fashion,” said the executive. “Frida is extremely cooperative in merchandising and open to offer new trends, but there were too many materials, in too many variations. This creates confusion in the mind of the customer, and has less shelf life — it’s more similar to fast fashion.”

Along the same lines, Gucci will rationalize its offer of jewelry and watches, two categories that have been suffering over the past few months. “There was a puzzling variety, and we are fine tuning our watches. By [the watch and jewelry trade exhibition in] Basel next year, it will be an entirely different collection,” he said.

Also, di Marco wondered why those items that are more difficult to sell, such as a more precious crocodile bag, were not easily found at wholesale accounts or even in Gucci’s own stores.

Giannini was equally supportive of di Marco, whom she described as “very charismatic and a strong leader — qualities that are enhanced by his communicative nature.”

“We often sit to talk about strategies, and if we don’t agree, everything happens with great fair play,” she said. “In addition, we have fun working together thanks to his sense of humor.”

While saying it was too early to discuss details, future projects may involve a number of lifestyle, product extensions. “There are so many categories that we could legitimately do without diluting the brand,” said di Marco, referring to the house’s history. “There used to be so many products under the Gucci brand — even place cards in silver, and Gucci stood for a specific jet-set style.”

In February, François-Henri Pinault, chairman of Gucci Group parent PPR, said for the full 2008, Gucci brand sales improved 1.4 percent to 2.2 billion euros, or $3.25 billion, and that, in 2009, investments at the Gucci brand will be cut 13 percent, with most capital expenditure funneled into store openings in Asia, where business continues to grow, albeit at a slower rate.

China in particular is one of the most dynamic areas of retail growth for the brand, said di Marco, and Gucci will open its 28th store in Mainland China at the end of May — a 17,280-square-foot flagship in Shanghai. This is the first conceived by Giannini in Mainland China, modeled after the new-generation stores in New York, Rome, Munich, Hong Kong and London — which has been refurbished as per the designer’s concept and reopens this week. The 20,000-square-foot store at 18 Sloane Street spans three levels and, with its Art Deco feel and ample natural light, is one of 10 directly operated Gucci units in London and 16 in the U.K.

The Sloane Street unit sells the full Gucci collection in addition to a limited edition, Sloaney Bag line created to celebrate the reopening. The Sloaney collection features blue leather double-G bags covered in a Union Jack design with the Gucci logo and coronet, and blue crocodile luggage and bags. The store will also sell an exclusive jewelry set — necklace, earrings and ring — designed by Giannini. It features 18-carat white gold, diamond and aquamarine stones, and is inspired by the Gucci horse bit motif.

Di Marco, who flew to London to mark the reopening on Wednesday, said the market remains robust for the brand due to factors including a strong, local client base; tourist traffic; the relative weakness of the pound and the British government’s recent move to reduce value added tax (VAT) to 15 percent from 17.5 percent.

He said that historically, the Sloane Street store has been strong in rtw, with 30 to 35 percent of overall sales coming from that category. While the company declined to give sales projections or figures, an industry source said year-on-year sales in March doubled at the store, which remained open during the refurbishment.

Tonight British Vogue editor Alexandra Shulman will host a dinner in honor of Giannini at the new Saatchi Gallery on the King’s Road. The 150 guests will include Roisin Murphy, Claudia Schiffer, Sophie Dahl, Jamie Cullum, Tom Parker Bowles and Ben Elliot. Richard Ashcroft, lead singer of The Verve, will give an acoustic performance after dinner.

“A company such as Gucci must continue to invest, open stores, relocate and refurbish without stopping,” said di Marco, who is more inclined today to adapt a store concept to each different location. Over 70 percent of Gucci’s revenues are generated from its directly operated store network, a total of 258 at the end of December. The executive is planning an event to mark the China opening in May, “something different from a show,” and Giannini is expected to visit both Shanghai and Beijing, where Gucci has five stores.

As for the U.S. market, di Marco said Gucci is well covered in terms of direct stores and is evaluating different forms of collaborations with department stores. “We have great partners, but the direct channel or a joint venture are the ideal solutions for me, especially because of the services we can offer — there is more control,” said di Marco.

The American customer’s “psychological block and mental attitude” toward walking into stores and spending has spiked online sales for the brand. Gucci first entered e-commerce in the U.S. in 2002, and now sells all product categories online in 10 countries. Over the past few months, the company has started exploring social networks, reporting almost 400,000 supporters on Facebook.

Looking ahead, di Marco has a “reasonable and realistic” approach, confident more can be done with fewer resources. “It’s too easy to say there are less resources; I make do with less anyway, with staff numbering a little below the ideal, for example, because one of the worst possible things to do is to fire people,” said di Marco. “It’s difficult to maintain one’s feet on the ground, to be pragmatic and balanced in difficult moments, but this is precisely when you see the qualities of a company. I’m reasonably optimistic, and I’d be content as long as our resources are used in the best possible way.”