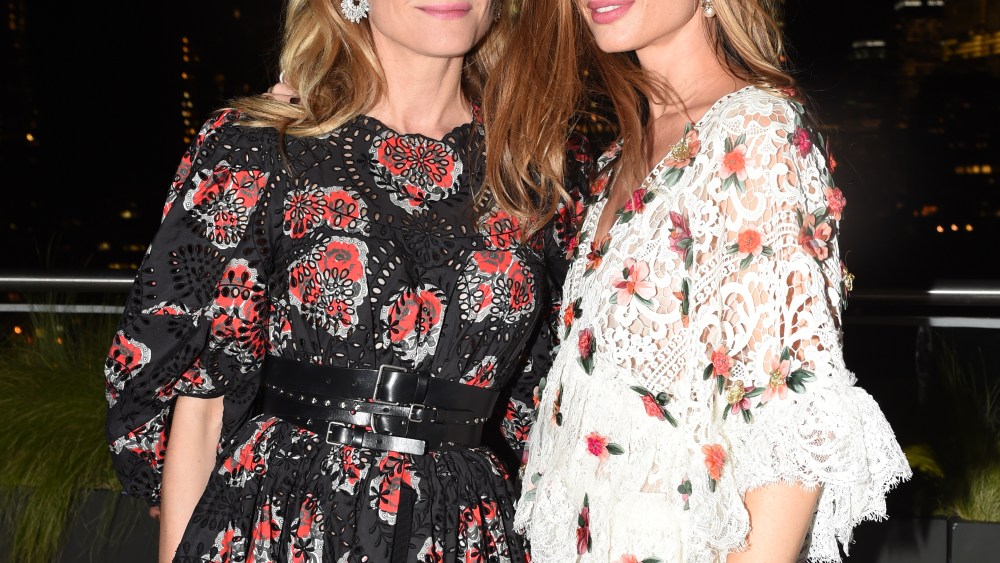 “This is the most decadent, small little pool, like, ever, right?” Diane Kruger was perched poolside on the rooftop at Jimmy at the James Hotel — donning not a swimsuit, but a floral Alexander McQueen gown. The actress had just come from a screening of her latest film, the French thriller “Disorder” directed by Alice Winocour.

“She’s a really talented young filmmaker — I always love working with women,” Kruger explained during the Chopard and Cinema Society-hosted after party for the movie.

Kruger stars in the film as the wife of a wealthy Lebanese businessman. While he’s out of town, her character is protected by a hired security guard, who suffers from post-traumatic stress disorder and is on high-alert for impending threats throughout the film. “Disorder” plays with the audience’s understanding of what’s real and what’s imagined by the guard, who is played by Matthias Schoenaerts.

“I just thought it was interesting that a woman was going to make a movie of this genre. Honestly, I’m not sure if I would have accepted this part — so much of it a trophy wife at the beginning, and obviously the character evolves — I’m not sure I would have done it with a man. I feel like it would have been too much just on the surface….I just thought [Winocour’s] whole take on the story was amazing,” Kruger continued, calling out the availability of nuanced female roles in European film.

Although she’s made many films in both English and French, the German-born actress has yet to make a film in German — which will soon change, as she’s set to work on the upcoming movie “Aus dem Nichts” with director Fatih Akin. “It’s so crazy — after 12 years,” she remarked.

While many leading ladies employ stylists to get them red-carpet ready, Kruger shows up self-styled for promotional events. “I come from fashion,” explained the former model, before joining the crowd in taking selfies against the impressive downtown skyline. “I just don’t think I need [stylists]. I love fashion — so I get why people use them if you don’t really find it all that interesting. But I love it, it’s fun.”