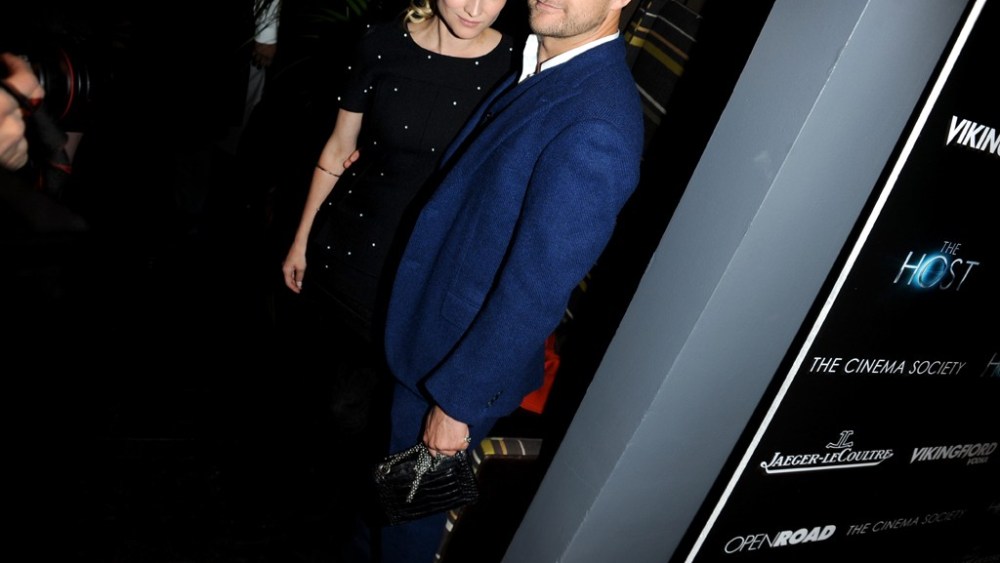 Young adult author Stephenie Meyer played a large part in making vampires into an inescapable cultural trope with the incredibly successful (and bankable) “Twilight” series. With the film adaptation of her follow-up “The Host,” a sci-fi thriller about alien body snatchers opening this week, the world will find out if she can do the same with extraterrestrials.

If that doesn’t quite pan out, Meyer still has plenty of material to work with.

“Someday I’d really like to get to my mermaids,” the author said Wednesday at the Cinema Society and Jaeger-LeCoultre- hosted premiere of “The Host” at the Tribeca Grand Hotel in New York. “And there’s some ghost stuff and time travel. At some point, I want to hit everything.”

Despite her ambitions, Meyer is still struggling to come to grips with her newfound influence: “In the ‘Sims Supernatural,’ if the vampires drink a potion they sparkle. I was like, ‘Oh my gosh, I affected this game that I played before I started writing. How bizarre is that?’”

“We’re not the only form of life,” said Diane Kruger, who plays the movie’s villain.

“I think there must be creatures who are undiscovered out there. Something that really pulls off white pants,” said the film’s lead, Saoirse Ronan, grinning as she referred to the pantsuit Kruger wears throughout.

Ronan, who does two American accents for the film, spoke in her typical Irish brogue. “I love how she says ‘Eem, tanks,’ instead of ‘Um, thanks,’” said costar Lee Hardee. “I’m like, ‘Aw! Say it again!’”

Max Irons also had to adopt an American accent for the movie.

“I find it quite difficult,” he said. “I have to sit in front of a mirror doing ridiculous things with my mouth trying to get it right.”

Afterward, the cast and guests headed to Jimmy at the James Hotel. The crowd pressed together drinking Vikingfjord cocktails named “The Wanderer” and “The Seeker” after aliens in the film. Now that’s influence.