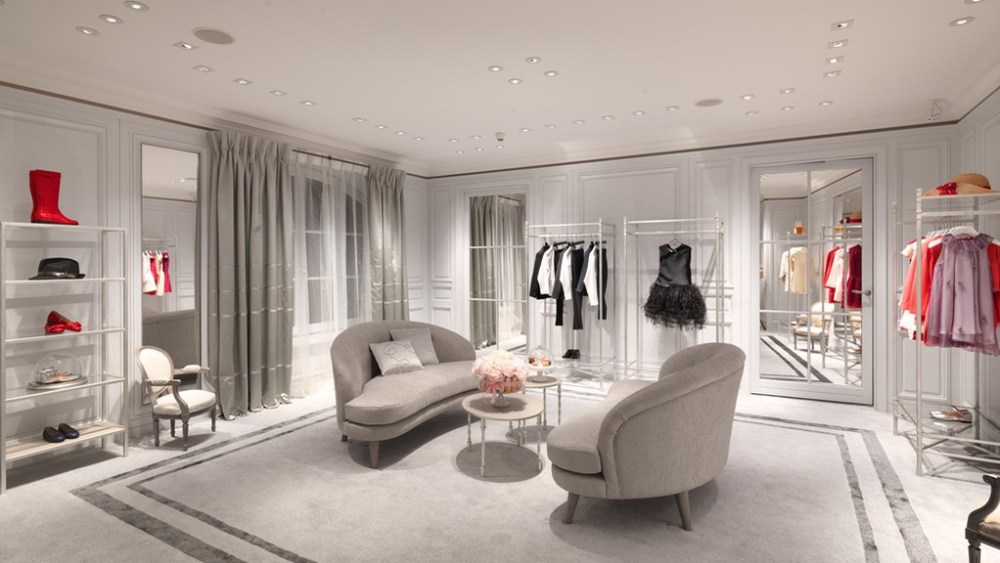 BABY STEPS: Tuesday night’s cocktail party in Paris celebrating the new Baby Dior boutique, off the tony Rue Royale, drew guests of all ages — with at least one not yet crawling.

“I love this brand for kids,” she said, noting a particular fondness for the label’s capes, shoes and jackets.

Baby Dior artistic director Cordelia de Castellane helped create the decor of the new two-level store. De Castellane said she was after something “a bit more cozy, it could be like a house for the children.”

“She wanted to bring the spirit of Dior,” added Sidney Toledano, Dior’s chief executive officer, highlighting the moldings and gray walls, whose color was tweaked to suit children’s taste. “This is a second flagship.”

The first, on Paris’ Avenue Montaigne, was inaugurated in 1967 in the presence of Grace Kelly, he reminisced.

“Baby Dior has always been part of the story of the company,” he said.

There are now about 20 Baby Dior boutiques worldwide, but the recent Paris location, which measures upward of 1,110 square feet, has a new design.

Its upstairs area houses the made-to-measure collection, including a christening gown that takes 40 hours to conceive by hand. Meanwhile, the ground floor showcases the ready-to-wear line, and there are also accessories and items for babies on offer.

A stairwell whose design gives a nod to that in the Dior flagship, at 30 Avenue Montaigne, connects the two levels.

One pièce de résistance is a sculpture resembling an upright, oversize sewing needle that was created by Liu Jianhua for the “Esprit Dior” exhibition in Shanghai in 2013. Its title is “The Extended Form of the Space.”