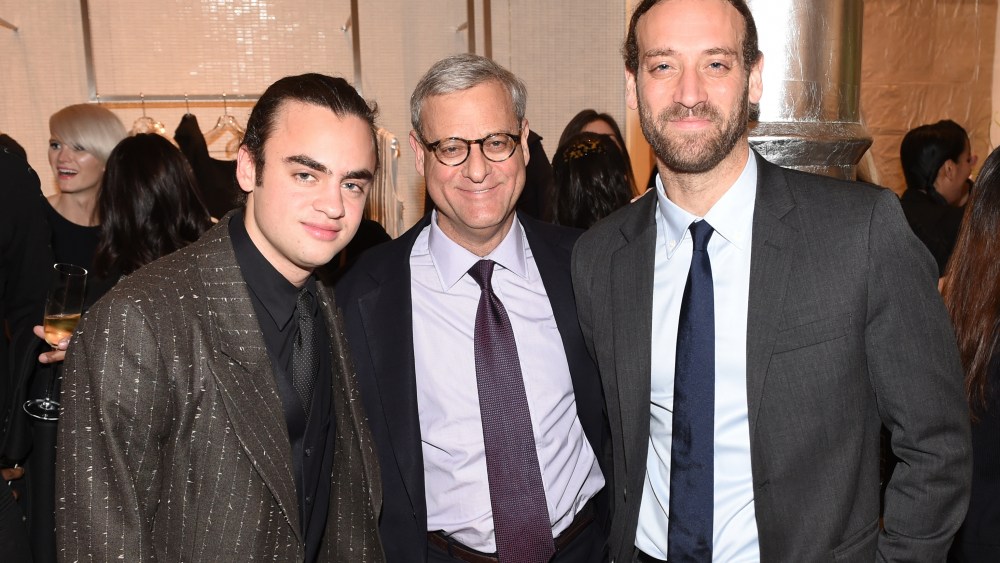 Dior and Vanity Fair hosted an evening of Champagne and mingling on Thursday to toast “Dior by Avedon,” the recently released tome of Richard Avedon’s works for the French fashion house. The book, which was compiled over four years by the Richard Avedon Foundation, was released on Oct. 27 and features a foreword by Jacqueline de Ribes.

While the Avedon book held center stage, it was the cases of wallets and baubles that seemed to draw the most ogling for a crowd looking to knock out some holiday shopping.

“The what? Oh, no, no, no,” said Iman, when asked if she’d seen the book. Well then, maybe she was there for some gifting? “I usually start my holiday shopping like the day before. I’m boring,” she added, before making her way over to the Public School x Jordan bash.

“We have about 500,000 negatives in our archive,” explained James Martin, the executive director of the Avedon foundation. “We wanted to take a look at where Dick and Dior converged. Avedon and Dior, of course they worked together, but if you look at that intersection of where they came together, you’ll see it’s phenomenal. After the war is over, they’re trying to create something that didn’t exist, that used to exist, to re-create the glamor of Paris before the war.”

The book, which includes a typeface designed off a flyer Dior had made, “is this idea of two visions of what Paris could be,” Martin said. “Youth, vitality and movement.”