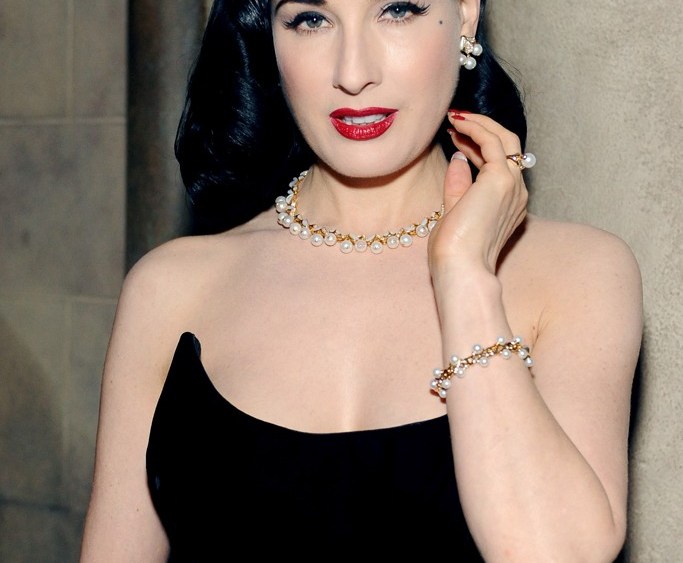 If a sign of true friendship in the fashion world is hosting back-to-back events for each other’s respective projects, then Cameron Silver and Dita Von Teese are definitely BFFs.

On Thursday, Silver hosted the launch party for her capsule dress line, Dita Von Teese Collection, at Decades and the following night the burlesque star, along with Marina B diamonds, threw Silver a dinner at Chateau Marmont for his book “Decades: A Century of Fashion.” True to Silver’s jet-setting ways, it was part of a whirlwind book tour that has already seen Augusta, Ga.; New York; Berlin, and Toronto and has at least eight more stops to go. Vintage fan HRH Princess of Saxony Marie-Luise Von Sachsen, who met Silver at the Berlin book party she attended with Max Kibardin, was so taken she decided to jet to Los Angeles for the next party. But the hometown dinner was meaningful because Decades’ loyal Hollywood ladies Liz Goldwyn, Shiva Rose, Tracee Ellis Ross, Kristin Davis and Marisa Tomei all came, as did Silver’s parents.

“My father is wearing his good teeth tonight,” said Silver, whose mother took one look at her son’s red velvet cape and said, “It’s a bit early for Halloween.”

Tomei, who is featured in the coffee-table book, said, “Cameron was really kind to me. I normally hate photos of me, but he chose one that I love, in a vintage Dior gown that I loved.”

As he urged guests to go home and read their first editions (the book is already in its second printing after one week in release) and post Amazon.com reviews, Jennifer Tilly jokingly called out, “First edition? EBay here I come!”