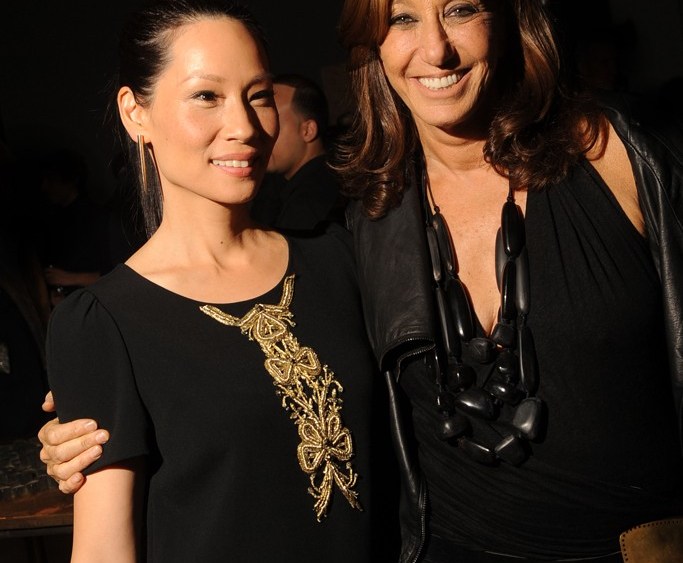 In the litany of adjectives bestowed upon New York Mayor Michael Bloomberg in this two-term-plus tenure, “zen” surely doesn’t rank very high. But there the club-tied mayor was on Wednesday night in the becalmed and incense-enhanced environs of the Urban Zen Center. Donna Karan, who overhauled the former West Village studio of her late husband Stephan Weiss to create the space, was hosting an opening reception for a retrospective of Weiss’ sculptures, sketches and paintings titled “Connecting The Dots.”

A handful of the designer’s art and fashion world friends including Calvin Klein, Julian Schnabel, Ingrid Sischy and Sandra Brant, Martha Stewart, Yvonne Force Villareal, Padma Lakshmi and Lucy Liu had turned out for the occasion.

In addition to the Weiss opening, Karan used the reception to bestow the Urban Zen Foundation’s Stephan Weiss Apple Award on Bloomberg, who accepted on behalf of the City of New York. In praising the mayor with a characteristically free-wheeling speech, Karan lauded his antitobacco initiatives, education reforms and reduced crime rates.

“I really brought you here to congratulate…to honor Mayor Bloomberg,” Karan said. “Our mayor, our father, our caretaker.…He could take care of the world if he just would.”

Bloomberg took the stage and received the award’s apple trophy, a miniature of an oversize Weiss sculpture installed at nearby Hudson River Park.

“I don’t know who you were talking about,” Bloomberg laughed.