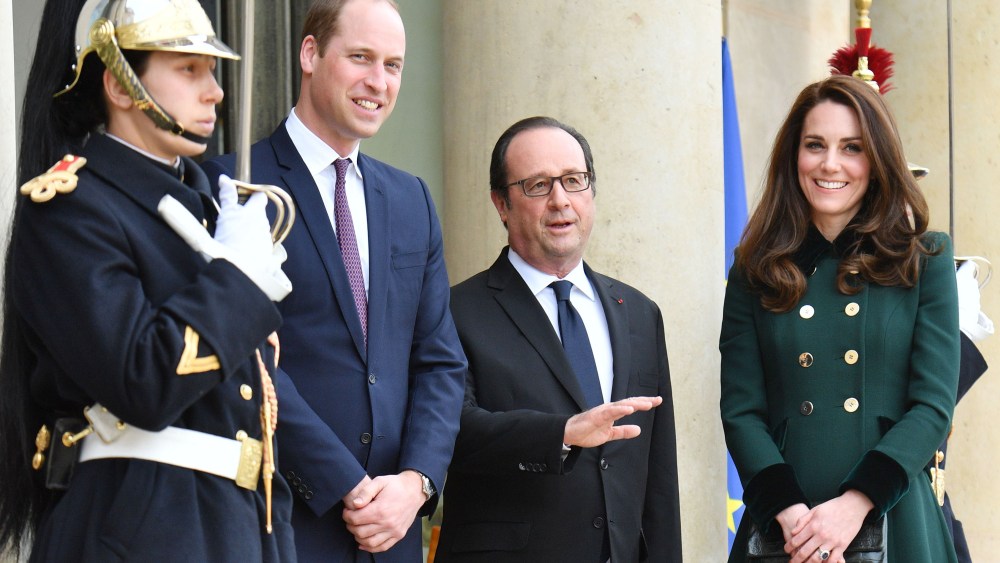 THEY’LL ALWAYS HAVE PARIS: The duke and duchess took part in St. Patrick’s Day festivities on Friday before embarking on a two-day trip Paris, a diplomatic gesture as the country prepares for Brexit negotiations.

The young couple attended a ceremony and parade at the Cavalry Barracks in Hounslow, England, and presented shamrocks to members of the Irish Guards. Prince William, a colonel in the Irish Guards, joined his wife as they issued ceremonial three-leaf clovers to officers and warrant officers of the 1st Battalion. They also met with regiment members, officers, sergeants, soldiers and their families.

RELATED STORY: The Duchess of Cambridge’s Style in Pictures >> 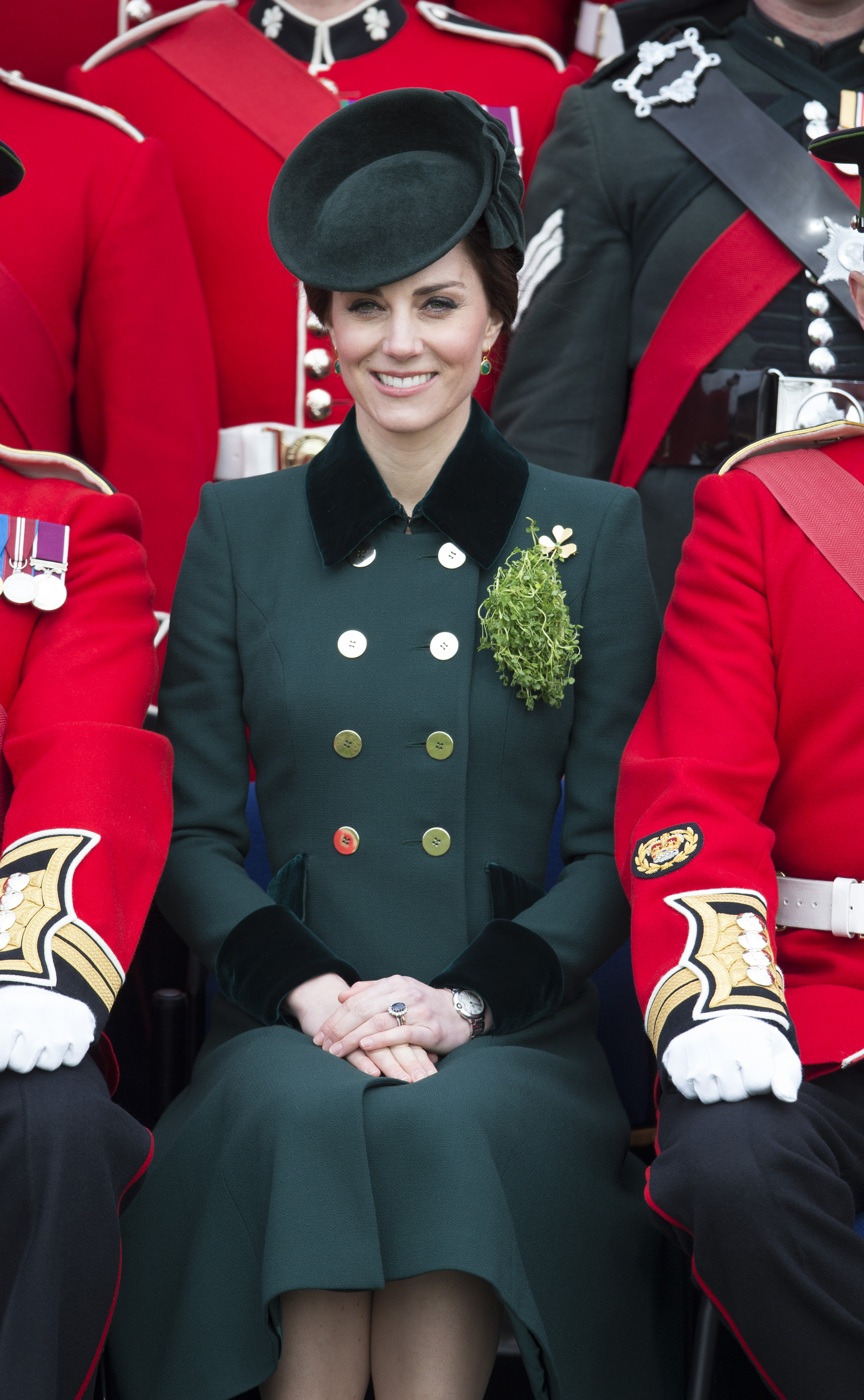 The Duchess of Cambridge in Catherine Walker.

At the request of Britain’s Foreign and Commonwealth Office, the duke and duchess will begin their visit to the French capital with a number of engagements. This is Prince William’s first official visit to Paris since the death of his mother Princess Diana in 1997.

Upon arriving, they were greeted by French President François Hollande at the Élysée Palace.

They attended a reception hosted by the British Embassy, where they marked the launch of “Les Voisins,” an initiative aimed at encouraging closer ties between the two countries.

The duchess changed from her Catherine Walker coat-dress to a long back Alexander McQueen cocktail gown.

They also attended a black-tie dinner hosted by the British Embassy. The duchess wore a light blue Jenny Packham gown with metallic embellishments.

On Saturday, their itinerary includes a visit to Les Invalides, where they will hear about the programs it offers in aid of veterans, and will meet first responders and victims of the Bataclan and Nice attacks.

The young royals also plan to take in a Six Nations rugby match where Wales and France will be competing. Held at the Stade de France, this will be the duke’s first royal engagement as the patron of the Welsh Rugby Union, a role he took over from his grandmother, Queen Elizabeth, in December.

According to many royal-watchers, the duke and duchess are working as unofficial Brexit ambassadors, their visits aimed at strengthening ties between the U.K. and the continent. It’s no coincidence that they will visit France, one of the countries that has offered up some of the toughest talk about Britain’s exit, just two weeks before Prime Minister Theresa May is set to trigger Article 50, and the negotiation talks.