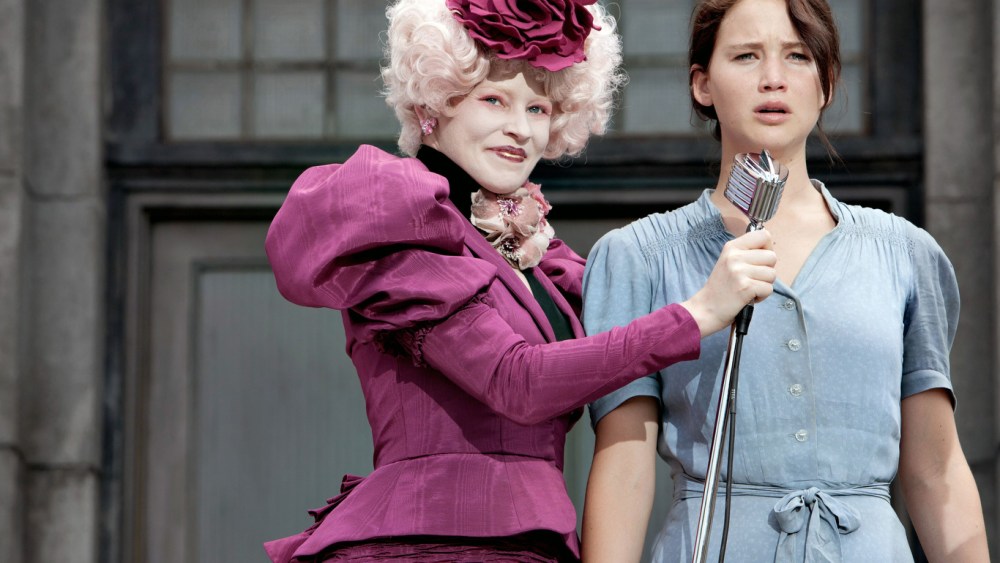 One of the memes making the rounds amid the coronavirus outbreak depicts Charlize Theron in her full “Mad Max: Fury Road” regalia — clinging, soiled fatigues, a rickety robotic arm and military-grade boots — juxtaposed with the actress in sweat pants, a hoodie and Hello Kitty T-shirt.

The punchline: What I expected my apocalyptic outfit to look like versus what it is.

“Five filmmakers with one identical screenplay will result in five completely different looking movies. The look of any film depends almost entirely upon the vision of the director,” according to Deborah Nadoolman Landis, director of the David C. Copley Center for Costume Design at the UCLA School of Theater, Film & Television.

Heartthrob Timothée Chalamet is to don a breathing apparatus and futuristic fatigues in the upcoming remake of “Dune,” due out later this year.

“What happens with science-fiction directors is they usually say, ‘Oh I don’t want it to look like anything that’s been ever seen before,'”Nadoolman Landis related in an interview. “Well, that’s almost an impossibility because anyone who has a background in fashion or knowledge in fashion history knows that fashion is the ultimate recyclable — not only the clothes are recyclable, but the ideas are recyclable.”

Yet Landis noted that costume designers for period films or even futuristic tales take into consideration the present day. “The people in the story are going to be dressed in a way that has to be understood by the audience, so we are influenced by fashion, by other films, by other cultures, by period clothes,” she explained.

In “Blade Runner,” for example, Sean Young’s character “looks like some Forties fantasy, I mean, look at those shoulders, look at those suits. Those suits look like Adrian suits from a Joan Crawford picture,” she marveled. “Science fiction always represents our current fears and our current hopes for the future.”

Jenny Beavan received the Oscar for Best Costume Design in 2016 for “Mad Max: Fury Road,” which represented new fashion territory for her.

“Jenny’s entire career had been spent designing period ‘tea dipped’ lacy films for James Ivory,” Nadoolman Landis noted. “Post-apocalyptic would have been out of her wheelhouse, but like the great designer she is — she nailed it. Remember those gauze goddess dresses?”

While the 1995 film “Waterworld” received lackluster review and was widely viewed as a flop, Nadoolman Landis said its costumes seem prescient as the COVID-19 crisis spurs conversations about how to “make do and mend” in order to make the fashion industry more sustainable.

In the decayed, yet artful layers worn by the film’s drifters, she spies “the ultimate upcycling.”

Nadoolman Landis confessed she’s been thinking about taking up knitting, and wondered if fashion might move to a place where “suddenly things that are handmade and handcrafted become a symbol of your environmental integrity, that you’re upcycling very much in a post-apocalyptic way, but in a positive way.

“It’s fashions that look like perhaps you created them at home. Look at the way people are making their own masks and somehow making your own mask almost has more value than wearing an N95 mask because somehow it looks like you have made an investment in the future.”

Here, the professor of costume design shares a list of movies with notable doomsday designs. She notes that she left out the “clean, antiseptic ones where everyone where’s jumpsuits — and there are many”: