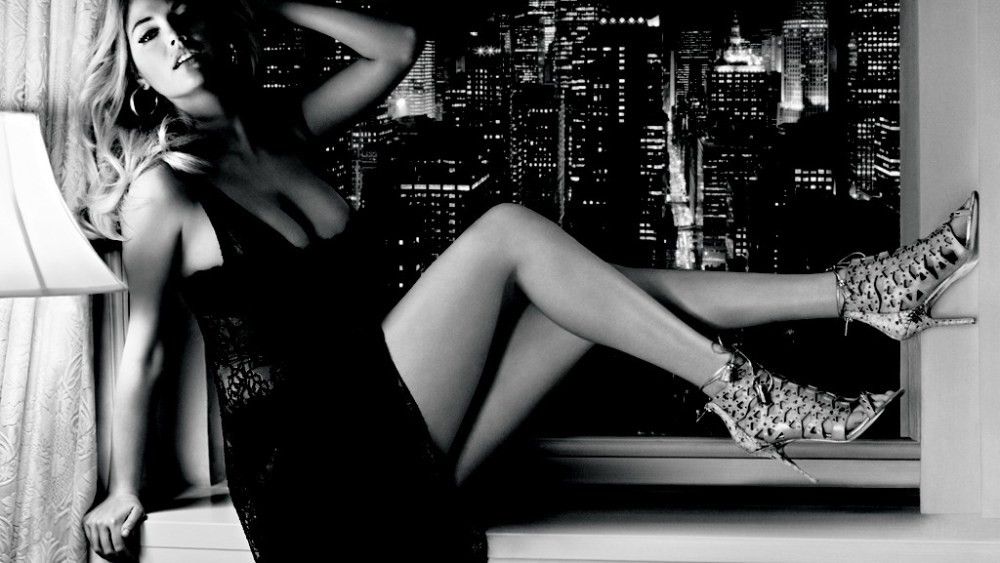 Sam Edelman is marching into 2013 with Kate Upton by its side.

The New York-based footwear brand has tapped the model for its new digital and print advertising campaign that will roll out starting Monday and run for six months.

Shot in an undisclosed location in New York City by ad impresario David Lipman, the campaign pays tribute to Edelman’s urban heritage and is part of a larger strategy for the brand as it strives to grow into a lifestyle player.

“It felt like the right time,” said Sam Edelman, designer and division president of his brand. “We had a major ad campaign with Charlotte Kemp Muhl 18 months ago. It carried us for a long time. [By choosing Kate,] it was a hell of a decision to go with an indie girl.”

Lipman echoed that sentiment. “We chose Kate because she isn’t stick thin. She’s beautiful and all-American,” he said.

The 5-foot, 10-inch Upton, who is, for the record, merely considered “curvy” for a model, was spotted wearing a pair of Edelman equestrian-style boots. That’s when the potential partnership clicked, and Lipman and Edelman called her in.

“I’ve loved Sam Edelman shoes for a long time, so shooting the ad campaign was a lot of fun for me,” said Upton, who soon realized that she shared a passion for horses with the designer.

That bond may spin off into a second partnership, depending on how this campaign is received. A confident Edelman said he expects the video, which will appear on the brand’s Web site, to “go viral.”

Shot in black and white, both the stills and the video nod to the enigmatic feeling of Old Hollywood films. For instance, one photo shows a sultry yet innocent-looking Upton sitting amid a pile of Sam Edelman flats while averting the camera’s gaze.

The idea of depicting a “lifestyle” has been at the core of the brand’s direction over the last two years, and it started with product.

The development of tall boots and other shoe categories in 2012 has paid dividends for the company. That success was punctuated by the opening of the brand’s first store in New York’s SoHo neighborhood in October.

“We are working on retail expansion plans that will commence in the U.S.,” Edelman said, noting that, while it has plans to grow in London, Paris, Milan and Saint-Tropez, France, the company will focus domestically this year, starting with the West Coast.

In the next two years, Edelman will have between six and eight more stores, according to Diane Sullivan, chief executive officer of Brown Shoe Co. Inc., the brand’s parent company.

“Sam’s business has been off the charts for the last two years,” said Sullivan. “When we bought the company in 2008, sales were in the $10 million to $15 million range. Today, Edelman is getting close to a $100 million business.”

Brown Shoe, which had sales of $2.58 billion in 2011, is positioning Edelman as a lifestyle brand in order to capitalize on its popularity. This will include the relaunch of its e-commerce site in March as well as the addition of five new licenses in the next two months.

Although Sullivan wouldn’t divulge the categories, she did say that three of the five segments are accessories-centric.

Last year, the company added outerwear and handbags, and it has said clothing, intimate apparel, fragrance, beauty, jewelry and small leather goods are on the way.

The brand’s footwear ranges from $60 to $150, and new categories will stay in a comparable price range.