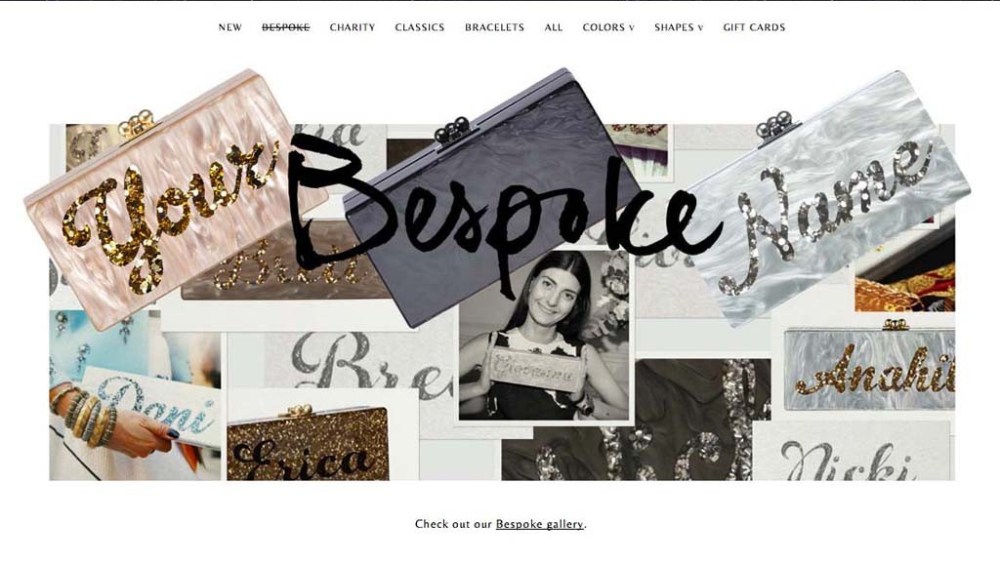 EDIE PARKER GOES BESPOKE: Handbag brand Edie Parker — known for its Lucite minaudières with kitschy phrases like “baller” and “hold it” — has launched e-commerce via its site edie-parker.com. This marks the first time the collection, which was launched in 2010, will sell direct to consumer, founder and creative director Brett Heyman told WWD. In addition to carrying the largest assortment of her bags, there is a bespoke portion of the site where consumers can build their own clutch.

Retailing for $1,595 and $1,795 for a small and large size, consumers can select color, hardware, font and text color. For the time being, Heyman said, offerings for this service will mirror what the brand’s best-selling colors are, like black, silver confetti glitter, gold confetti glitter and nude pearlescent. (She will add fashion colors every season.) There is also a charity component, where 100 percent of proceeds from a $1,295 yellow pearlescent Love clutch, exclusive to the site, will go to the Mount Sinai Parenting Center. Edie Parker is carried in 80 doors worldwide, including Bergdorf Goodman, Neiman Marcus, Net-a-porter and Matches London.