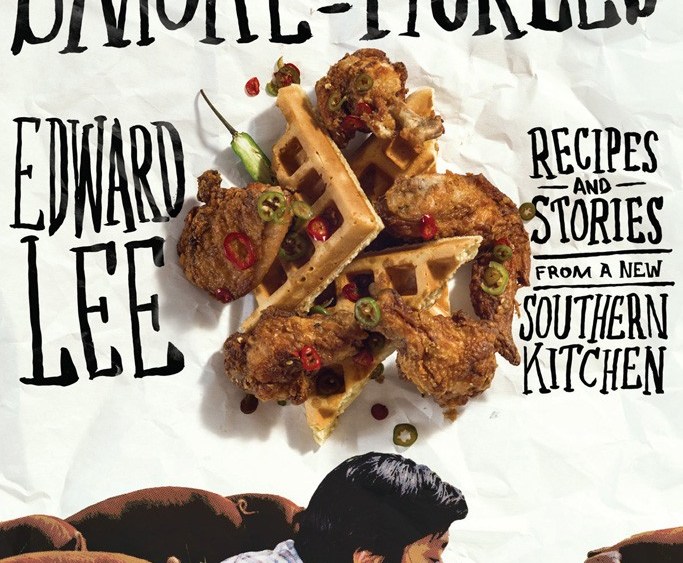 Edward Lee’s “Smoke and Pickles” is more than just a cookbook. It’s a memoir, a manifesto and a mode of intercultural connection.

“Honestly, in this day and age, you can find any recipe online,” says Lee. “I really want to take the reader on a journey.”

Famous for appearing on the ninth season of “Top Chef” and for helming Kentucky restaurant 610 Magnolia, Lee is a Brooklyn-born Korean-American who currently resides in Louisville, Ken. His cultural range inspires his recipes; every chapter in “Smoke and Pickles,” published this week by Artisan, begins with a rice bowl recipe and goes onto increasingly complicated dishes like Adobo-Fried Chicken and Waffles; Collards and Kimchi, and Oxtail Stew.

“The book has Southern influences and Asian influences — one world I grew up in, one I’m surrounded by now,” says Lee. “And if you put the two on top of each other, the place where they intersect is barbecue and pickles. There’s a strong influence of pickles in both Asian and Southern food, whether it’s kim chi or chow chow. The essence of barbecue is smoke flavor. So the two important things about Asian and Southern food is smoke and pickles. When I said that, my publisher stopped me and said, ‘Wait, that’s it. That’s the name of the book.’”

“Smoke and Pickles” pairs Lee’s concoctions with personal anecdotes of his experiences with food, from his first taste of lamb as a child in New York, to his first trip to Kentucky, including, his experience helping to humanely slaughter pigs, which helped his understanding of what he was putting on his restaurant’s table. Another theme in Lee’s book is the importance of responsibly raised and slaughtered meat and farmed produce.

“When I create a menu, I’m promising my clients that I’m going to be agriculturally conscious and to source out responsible purveyors,” Lee says. “I’m aware that as a customer you don’t have a choice of which farm I procure from, so it’s a huge responsibility to make sure my purveyors aren’t just someone I found in a catalogue.”

Lee believes the recent farm-to-table movement too often leaves out the importance of humanely slaughtering an animal, if only for the simple reason that responsible treatment of animals makes better meat.

“Smoke and Pickles” is clearly not a cookbook for vegetarians. The tome is organized primarily around meats, with seafood, vegetables, drinks and desserts coming only at the end. “It’s how I organize things in my head,” says Lee. “I can talk endlessly about my experiences with beef or pork. It’s also how you organize things for the purposes of purveyors.”

Those purveyors aren’t absent from the book. Lee knows exactly where every scrap of his food comes from, and loves the people who help him get it.

“Craig Roberts, who has a superb knowledge and appreciation of lamb, is the beacon behind the lamb chapter, as the Rappahannock Oyster Brothers are the beacon behind the seafood chapter,” says Lee. Though his quality standards are strict, Lee does not come off as stuck-up. His food is more likely to be photographed on a newspaper or at a large communal outdoor table than on fine china. He doesn’t see himself as a jet-setting celebrity. He still sees the kid from Brooklyn spraying graffiti on the L train.

“I want my readers to think, ‘If this crazy Korean kid can get out of a Brooklyn tenement apartment, maybe I can push my dream,’” Lee says. “There’s nothing crazier than what I did. Maybe I can get someone else to pursue something.”