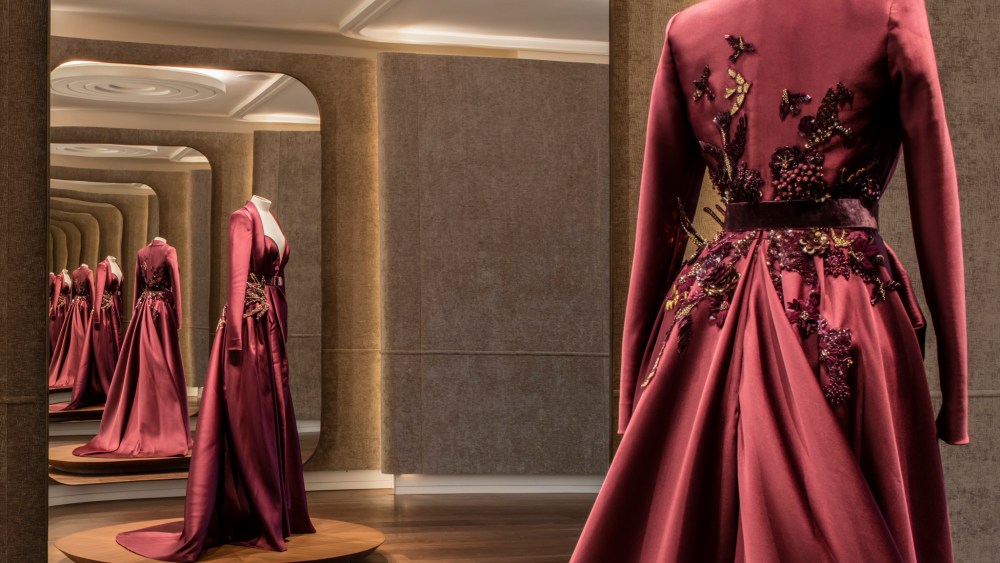 LONDON — Elie Saab is set to open its first London flagship in the spring on Bruton Street in Mayfair. The four-level boutique will be located at No. 24, in a former art gallery, with neighbors including Stella McCartney, Isabel Marant, Diane von Furstenberg and Jerome Dreyfuss.

The company said Saab will work directly with the architectural design agency RDAI to furnish the 8,640-square-foot space. It will be the third boutique to showcase the brand’s new interior design concept. The concept was first unveiled in the Paris George V store, and will be feature in the brand’s second Dubai boutique, which opens in January.

The boutique will sell the house’s ready-to-wear, accessories and fragrance lines, and house the brand’s third haute couture salon, after Paris and Beirut.

The brand also plans to relocate its shop at Harrods in February. It will move from the international designer section to a larger space in the super brands area. The brand first opened its corner at Harrods in 2008.

The brand has stores in Paris, Beirut, Dubai, Hong Kong and further openings are planned for 2016.