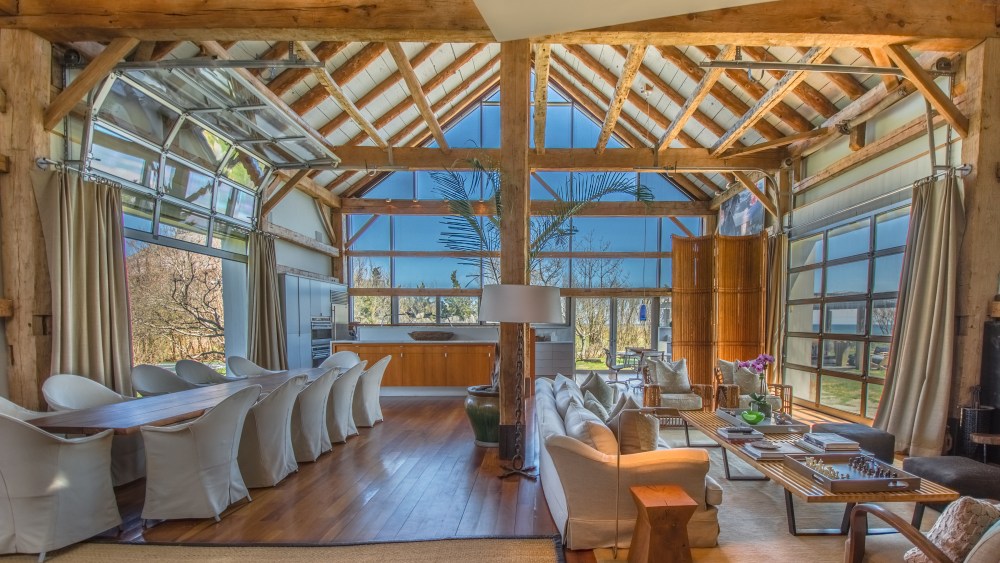 After Elie Tahari found a hedge funder willing to pay a whopping $800,000 to rent his Hamptons house for just two months this summer, he has clearly decided someone will also pay big to permanently own the property.

The fashion magnate has just put the house on the market for a touch under $45 million, almost four times the $12.1 million he and his ex-wife, Rory Tahari, paid for it in 2005. (Ownership was transferred to just his name in 2010, following their divorce.)

This may sound like quite a lot of cash for a three-bedroom, 4,500-square-foot house, but the Sagaponack, N.Y., pad sits on two-and-a-half acres of oceanfront land in one of the wealthy region’s poshest enclaves and boasts panoramic ocean views.

The luxe master suite overlooking the ocean, meanwhile, takes up the whole of the second floor and comes with an expansive private sun deck that has its own stairs to the beach.

Elsewhere, a 100-year-old barn has been transformed into a great room, from which two roll-up glass doors lead to a 60-foot lap pool that separates the house from the beach.

“Crestview has been the epicenter of my family’s life for over a decade,” Tahari told The Wall Street Journal. “I’m so focused on my business right now that I haven’t been there for the last two summers. Maybe it’s time for someone else to love it as we have.”

Tahari won’t be homeless, though, as he has a choice of at least three apartments in Manhattan. He owns two apartments at the uber-exclusive 15 Central Park West condominium, which he bought in 2014 for a total of $25.25 million, as well as a Fifth Avenue penthouse that set him back $4.2 million in 2011.

The listing agents for the Hamptons house are ‪Keith Green and Ann Ciardullo, both of Sotheby’s International Realty’s East Hampton house.