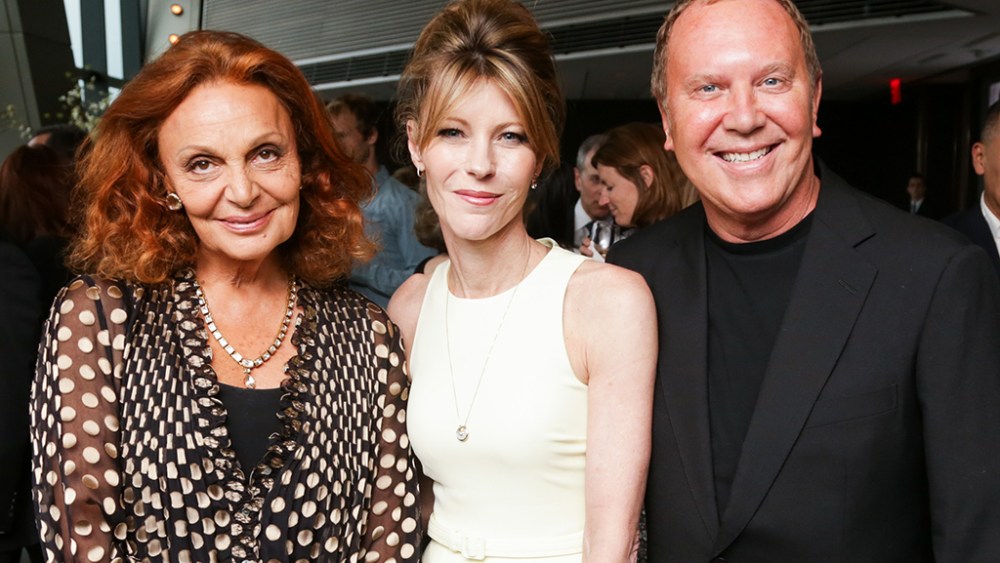 TOASTING FIFTEEN: Hearst executives, fashion designers and publicists raised a glass Tuesday night to celebrate Robbie Myers’ tenure at Elle magazine. Held on the 44th floor of the Hearst Tower, the cocktail gave Myers, who fetes 15 years at editor in chief of Elle, a chance to reminisce with old and new friends.

“I am only as good as the people I’ve surrounded myself with,” a humbled Myers said, thanking her counterpart on the business side, publisher Kevin O’Malley, as well as Hearst Magazines president David Carey and Hearst Corp. president and chief executive officer Steven Swartz.

Moments earlier, Swartz praised Myers for her incisive editing skills and vision for the magazine.

“The job of editor in chief has never been an easy one. I was one myself and I did not last 15 years. But I would argue that it has never been harder than it is today,” Swartz said. “This amazing period of technological innovation that we’re lucky enough to live in—it spreads our readers and our viewers across an amazing and ever growing array of platforms. I would argue that it takes a very special editor in chief indeed to craft something that has the voice that can truly break through. Robbie Myers is one of the best in the business.”

For his part, O’Malley gave a personal speech, revealing that Myers eats cheeseburgers, rarely wears colors—except for that night when she wore a pale yellow dress—and that she’s a fierce competitor, thanks to a career as a collegiate diver.

“In an industry that is ruled by ego and high self esteem versus substance, Robbie is the antithesis of that. She prefers listening to others versus talking—and never about herself or her numerous accolades,” O’Malley said. “It is very gratifying to work with Robbie at Elle.”