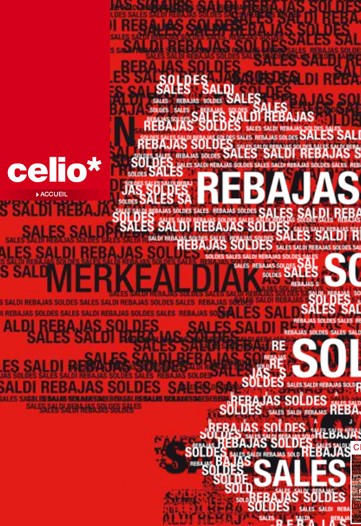 Stores in countries such as France and the U.K. are adopting the aggressive price-cutting tactics of their U.S. counterparts in the hope of stimulating stingy consumers. French stores, which are reeling from an 18.3 percent drop in women’s apparel business in February, are capitalizing on new regulations that allow for soldes flottantes — or floating sales — for two weeks each year in addition to the two legally allowed sale periods during January and June.

It’s the first time in umpteen years French retailers can hold additional sales on the dates of their choice. The only stipulation is they be at least a month after the official January and June sale periods, which the law cut to five weeks from six previously.

In the U.K., meanwhile, dismal February same-store sales results, which fell 1.8 percent, aren’t expected to see significant improvement when the March figures are released Thursday. British stores such as Marks & Spencer and Selfridges, which, like their counterparts in continental Europe used to restrict themselves to biannual sales, are offering heavy markdowns year-round on everything from furniture to women’s and men’s fashions. U.K. retailers have recently benefited from the weakness of the pound against the euro, with Harvey Nichols launching an advertising campaign aimed at attracting more tourists.

In France, meanwhile, low-cost players like Kiabi and Cache-Cache, fashion chains including Gap and Etam plus La Redoute and e-boutiques such as Kookai have offered discounts of up to 80 percent under the new sales regulations.

Intended to revitalize business and help retailers shift mounting inventories, the new rules come at a critical time for the industry, which suffered record declines in February, according to the Institut Français de la Mode. Sales in independent stores took the biggest hit, falling 21.1 percent, followed by a 16.2 percent drop in major fashion chains. Department stores and specialized chains declined 14 and 14.1 percent, respectively.

Although February was a day shorter than last year and the winter sales period a week less under the new law, that only partly explained a 9.9 percent sales slump in town center boutiques and shopping centers, according to the Federation for Urbanism and Specialized Commercial Development, or PROCOS, which reported it was the biggest decline since the federation started tracking sales in 1999.

Fortunately, February is a minor contributor to annual sales, but March figures so far confirm the downward trend. Footfall at French shopping centers fell 4.9 percent year-over-year, according to the Conseil National des Centres Commerciaux, or National Shopping Center Council, which represents about 700 centers and 34,000 retailers nationwide.

“The month of March can be interpreted as the first veritable sign of a significant attrition of consumption,” the CNCC stated. “We’ll need to wait until the end of April, with the impacts of the first floating sales, to be able to draw reliable conclusions.”

Not everyone is optimistic, however, that markdowns will prove the industry’s white knight.

The Fédération Nationale de L’Habillement (National Apparel Federation) warned the resulting margin hits could lead to closures and layoffs among the 45,000 independent retailers it represents.

“The season has not even begun and you’re already giving 70 percent off,” lamented the federation’s president, Charles Melcer. “If we spend all year holding sales, we’ll have to close.” The FNH has advised members to only hold promotions when neighboring stores do so.

However, a March poll suggests that far from queuing up for spring bargains, most French shoppers, accustomed to their biannual sales outings, haven’t realized the regulations have changed. In its “Observatory of the Consum’actor,” marketing agency Altavia and research institute OpinionWay found that 78 percent of a sample of 1,000 consumers didn’t know what soldes flottantes actually were.

“There hasn’t been any information from retailers, nor the media, nor the government. The changes have gone completely unnoticed,” said Catherine Hue, director of communications at Altavia.

Disparate efforts by retailers are contributing to the confusion. While department stores Galeries Lafayette and Printemps, plus their Boulevard Haussmann neighbor C&A, will hold sales concurrently from April 22 to 29, most have been individual events so far, of which consumers have been poorly informed.

“Retailers need to communicate to customers,” said Hue. “People don’t know when they’re happening and where.”

During its competitors’ April sales, Le Bon Marché, meanwhile, which has opted not to hold additional promotions, will instead stage in-store displays focused on summer trends.

“We don’t think it’s the best way, in contrast to what’s suggested by the government, to encourage our clients to come back to the store,” said chief executive officer Thierry Maman. “If the consumer finds products sometimes on sale, sometimes at full price, he’s going to be lost.”

Rather than additional markdowns, the luxury department store has been quietly shortening its sales periods, holding them only four weeks this winter with plans for just four weeks again this summer, Maman said. “Given the context, there is every reason in the world to focus on our luxury positioning, on services, on our product selection. Offering reductions isn’t a positioning,” he said.

With 53 percent of respondents to the “Observatory of the Consum’actor” saying they avoided the January sales, the biannual occasion seems to be losing steam.

“It used to be consumers would prepare for the sales, it was a major event,” said Altavia’s Hue.

“Today it’s no longer like that. Exacerbated by the crisis and the need to maintain spending power, customers are much more clever. They know they can find good prices all year round,” she added, pointing to burgeoning gift exchange sites and the growth of private sales as examples. Buying things they don’t need, together with the feeling that they’re being duped, were among reasons consumers said they abstained from the sales. Almost half of respondents said they believe retailers introduce products specifically for the sales.

While the verdict is still out on the success of liberalizing sales periods, the French government continues to grapple with the divisive issue of Sunday trading, which was debated by the Senate last week.

“It’s been months that we’ve talked about it. The debate stops, then it starts again,” said Maman, who declined to state Le Bon Marché’s position on the issue.

Firmly against Sunday openings apart from in tourist zones, the FNH’s Melcer, meanwhile, said when independent stores have opened on Sundays, the week’s business remains the same, but the costs are inevitably higher.