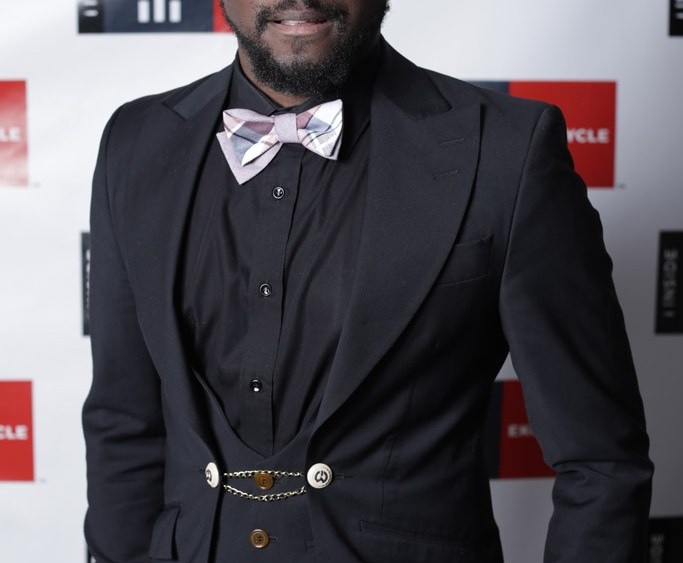 Pop star will.i.am is out to make recycling fashionable — with an assist from The Coca-Cola Co. and fashion and accessories partners like Levi’s, New Era, Rvca and MCM.

The partners are launching fashion and related products under an umbrella initiative called Ekocycle, aimed at encouraging recycling behavior among consumers. Each of the product lines under the brand are made from at least 25 percent postconsumer waste, such as recycled plastic and aluminum bottles.

“To do recycled goods isn’t something new under the sun, but they just get buried under all the other products companies sell,” said will.i.am, whose given name is William James Anderson, in an interview Wednesday. “This idea is about how you can have a brand and marketing around sustainability. Each product helps sustain because it’s part of a whole slew of other programs. It’s a family of sustainability.”

New Era caps and Beats by Dr. Dre headphones were the first products unveiled in July as part of the Ekocycle initiative. On Wednesday, Ekocycle — whose first four letters are “Coke” spelled backwards — added Levi’s jeans, MCM accessories, Rvca streetwear and Case-Mate phone covers to its roster of partners.

Ekocycle is a joint venture between will.i.am and Coca-Cola. Brands pay a traditional licensing fee to use the Ekocycle marks. Royalties are used to operate and promote Ekocycle as well as contribute towards nongovernmental organizations that promote recycling and community improvements. Coca-Cola has committed to donating at least $1 million over the next five years towards the recycling and community organizations, separate from its company-wide charitable commitments of 1 percent of all operating profit made through The Coca-Cola Foundation.

“This is a way to help engage teens in a movement that we believe in because we have an ambition to be zero waste,” said Bea Perez, vice president and chief sustainability officer at The Coca-Cola Co. “We want to turn waste into something valuable and good and make it cool — and then get teens to say, ‘I’m going to buy a Coke because I know Coke is going to turn this into Beats.’”

A number of apparel makers already use recycled consumer waste in their designs, but the Ekocycle initiative brings will.i.am’s star power and Coca-Cola’s marketing muscle to the efforts. Patagonia, for example, has sold fleece product fashioned from recycled soda bottles since 1993. Nike makes soccer jerseys and shorts from recycled plastic bottles as well, estimating that it has used 115 million recycled plastic bottles since 2010.

“I’m motivated by the goal to redefine in popular culture the purpose and participation of the consumer and companies. Right now, there’s a disconnect. If I’m a consumer and I purchase a product, someone makes a profit and that’s it. I value the product but I don’t value the community. That’s not right and it’s weird,” said Will.i.am. “In actuality it should be, ‘I’m a consumer and this is my community and I support this product and brand because they make my community better.’”

The Levi’s Ekocycle design is a limited-edition men’s 501 jean that will be available in April at Levi’s stores and on levi.com. It will be co-branded within the larger Levi’s Waste<Less line of jeans revealed last week, all of which are made from 20 to 38 percent postconsumer waste, such as plastic bottles. The Ekocycle jeans, which are the most expensive style in the Waste<Less line at $128, are made from 29 percent recycled content.

“The Levi’s Waste<Less collection represents the next chapter in our sustainable design journey. We have been planning Waste<Less for more than a year and a half and the Ekocycle timing happened to coincide perfectly with our existing plans,” explained Levi’s brand president James Curleigh of the joint branding. “Ekocycle’s mission to educate and engage consumers about everyday recycling choices and to empower their purchasing decisions in an effort to inspire behavior change perfectly aligns with Levi’s mission to create products with purpose and intent and an awareness for their impact on the planet.”

The New Era deal is part of a broader licensing agreement with Coca-Cola inked last year, with the first product hitting retail in spring 2013. The Coca-Cola line of hats will first be sold at New Era’s eight North American flagships and then expanded to key wholesale accounts later in the year.

There are two Ekocycle styles in the New Era line, including a 59Fifty fitted model and a 9Fifty Strapback model. Each is made from 42 percent recycled content and retail for $30 to $45.

New Era worked with Coca-Cola to identify a fabric supplier that uses recycled plastic bottles to produce the Ekocycle designs. This is the first time New Era has incorporated recycled materials into its product line.

“We’ve considered it before but thought this was the right time, the right place and the right partner to go down that path,” said Stuart Domanowski, senior manager of licensed and character product at Buffalo-based New Era Cap Co. Inc.

Pat Tenore, founder and president of Rvca, has known Will.i.am since high school.

“After we got going on the Ekocycle-Rvca collaboration, the first thing out of my mouth was ‘Consciousness is contagious’ — and it is,” he explained.

Rvca has designed an Ekocycle boardshort, with each garment using fibers made from five recycled plastic bottles, that retails for $65.99. It will be sold through Rvca’s specialty surf and lifestyle accounts. Women’s product will be added in 2013 as well as additional men’s Ekocycle designs, such as an oxford shirt and jacket.

“The sourcing process is fairly easy. The technology is all established, and there are plenty of plastic bottles lying in landfills ready to be recycled and reused,” explained Mike Gomez, design director at Rvca. “The upcharge is minimal, and with initiatives like this one by Ekocycle, interest and demand should be increased, thereby creating incentive for greater sourcing options and affordability going forward. We hope more brands take advantage of this technology whether it be part of Ekocycle or an independent program.”

“MCM takes pride and responsibility in being part of an imperative social movement with Coca-Cola and Will.i.am to create a synergy effect for a better future,” said Sung Joo Kim, chairperson and chief visionary officer of South Korea-based MCM. Details on the MCM Ekocycle product are not yet available.

Coca-Cola and Will.i.am have mandated that all Ekocycle product incorporate at least 25 percent postconsumer recycled materials. At least one potential partner was eliminated because it could not meet that threshold, said Kate Dwyer, global group director, worldwide licensing at The Coca-Cola Co.

Negotiations have been held for additional product categories, including watches and bikes, as well as with several fashion designers, said Dwyer.

Ekocycle was launched with a television commercial during the Summer Olympics and additional advertising is running on the BET and NBA TV cable channels through November and December, respectively. Additional Ekocycle marketing includes digital efforts on search and Facebook, as well as an experiential program at the American Music Awards in November.

Apart from being a front man for the Black Eyed Peas, a solo artist, music producer and philanthropist, Will.i.am is highly engaged in the world of technology as director of creative innovation at Intel. Last year Will.i.am partnered with inventor Dean Kamen to produce and air a television special on ABC on a robotics competition. In August, he was tapped by NASA to compose a song that was beamed back from the Curiosity rover on Mars.

Will.i.am has completed a new solo album that will be released in the coming months as a multimedia vehicle on a dedicated smartphone app. “I’m calling it an app-bum,” he explained. “I had a meeting at Apple a couple of weeks ago to talk about it. Everybody from all their departments were there — the head of apps, the head of the Apple store, head of MFi [Made for iPhone] product. We talked about the vision and what it is I want to do and everybody was pretty excited.”