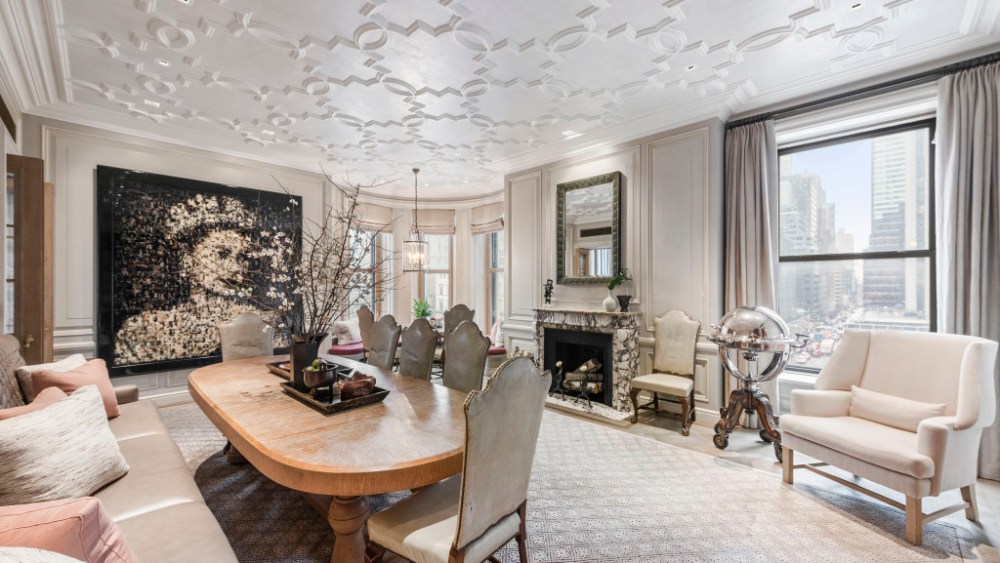 What do you do when views of Central Park, a multimillion-dollar renovation and even royal ties aren’t enough to sell your opulent Plaza Hotel penthouse against a backdrop of Manhattan’s struggling luxury property market?

Well, if you’re Jürgen Friedrich, who previously founded and led fashion brand Esprit’s European operations, then you slash $25 million off the asking price and throw in a bonus one-bedroom suite that you just happened to have lying around.

The fashion exec is trying for the fourth time to off-load his three-bedroom corner spread at the landmark Manhattan building, relisting it earlier this week for close to $30 million. This is more than $25 million cheaper than when he tried to flip the apartment, known as the Astor Suite, for $55.5 million in 2009.

In between, there have been other price cuts and it was listed for $34.5 million in September, but this time the price includes an additional sweetener in the form of a one-bedroom Plaza suite with a private terrace also owned by Friedrich that wasn’t offered as part of the previous listings.

The struggle to sell the Astor Suite comes despite its historic ties as John Jacob Astor, the Duke and Duchess of Windsor and John F. Kennedy were among some of its former residents before the suite, alongside many others, were converted into condos in the 2000s.

It has also undergone a multimillion-dollar renovation, using none other than the same artisans who rebuilt Windsor Castle after its devastating fire, with the resulting features including hand-drawn plaster ceilings, English oak paneling and hand-hammered leather walls from France in the master bedroom.

In keeping with the royal theme, there is also a large mosaic of Queen Elizabeth II made out of images of other royals in the main living area.

It’s understood that Friedrich, who’s a non-executive director of Esprit, rented the apartment for a couple of years until around Christmas and has since been using it as an occasional pied-à-terre.

He’s not the only fashion exec having difficulty off-loading his Plaza home. Tommy Hilfiger has been trying to sell his Plaza penthouse on and off for a decade. It’s currently up for grabs for $50 million, but at one point was priced at an eye-watering $80 million.