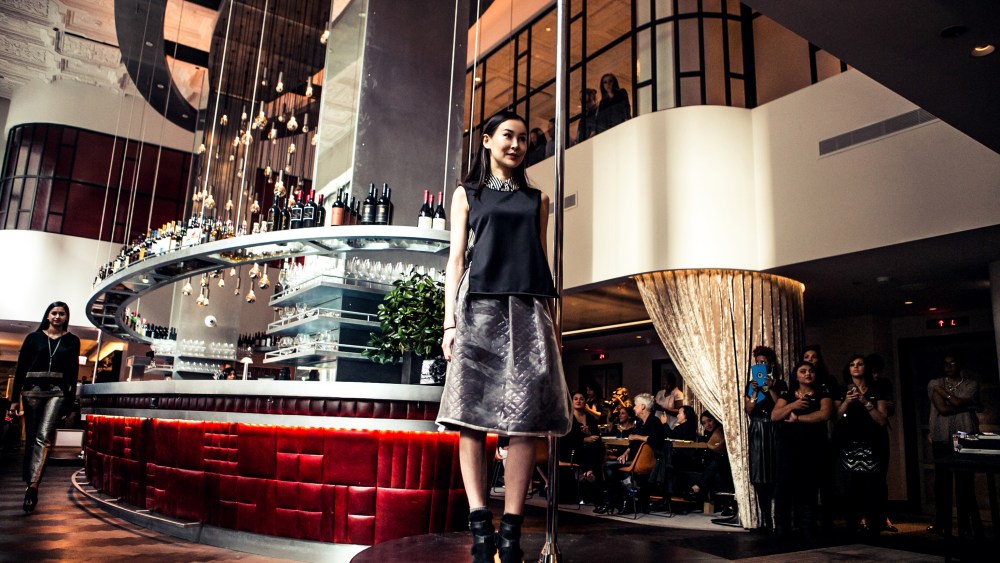 The city-sponsored week, held from Oct. 4 to Oct. 12, also welcomed a special guest: the Council of Fashion Designers of America executive director Lisa Smilor. Twelve designers, from an original group of 23, were selected via look-book review and given individual face time with an assembled fashion panel. The panelists, in addition to Smilor, included Billy Reid, designer Lee Allison, Andrea Reynders, professor of the School of the Art Institute of Chicago, and Chicago Magazine’s Heiji Choy Black.

“Having CFDA’s presence here in Chicago was a great opportunity for Chicago designers,” said Tonya Gross, director of fashion and culinary programs at the city’s Department of Cultural Affairs and Special Events. “It was also an opportunity for the CFDA to see all the great work here. The look-book review was an important component, but also it’s how we’ll keep that connection going.”

Lagi Nadeau, a contemporary designer and Chicago Fashion Incubator alumni, was one of the designers picked.

“I wasn’t sure what to expect, so I was open with my business, my strengths and also my struggles as an emerging designer. Production is always something I struggle with and it was nice to hear their thoughts on production strategies,” said Nadeau, whose line is made in Chicago and in New York, and retails from $195 for a textured cotton blend T-shirt to $895 for an Italian-blend quilted trenchcoat. “It just made me think a little differently about production strategy and ways to get my costs down.”

Gross, a former business analyst turned milliner who launched her hat business at one of the city’s sidewalk sales, said the consumer angle of Fashion Focus is key to promoting local talent.

“I’ve seen it from both sides,” said Gross, who has served in the director role at DCASE for two years. “It’s about bringing the community together. My hope is to continue to make these connections not only with the CFDA but also with other fashion weeks in Nashville, Miami and Detroit. Chicago fashion is the pipeline to other cities. We’re here to promote Chicago designers.”

Nadeau, who participated in the Fashion Incubator show and two selling events, one at Florodora and another ID showroom, said she was pleased with this year’s turnout.

“Every designer has to be critical of what events you’re involved in,” Nadeau said. “It was a good crowd.”

Smilor spoke positively about her visit to the Windy City. “There are talented designers based in Chicago and I will be happy to return in the future to present a series of panel discussions or workshops to help them address specific challenges,” she said.