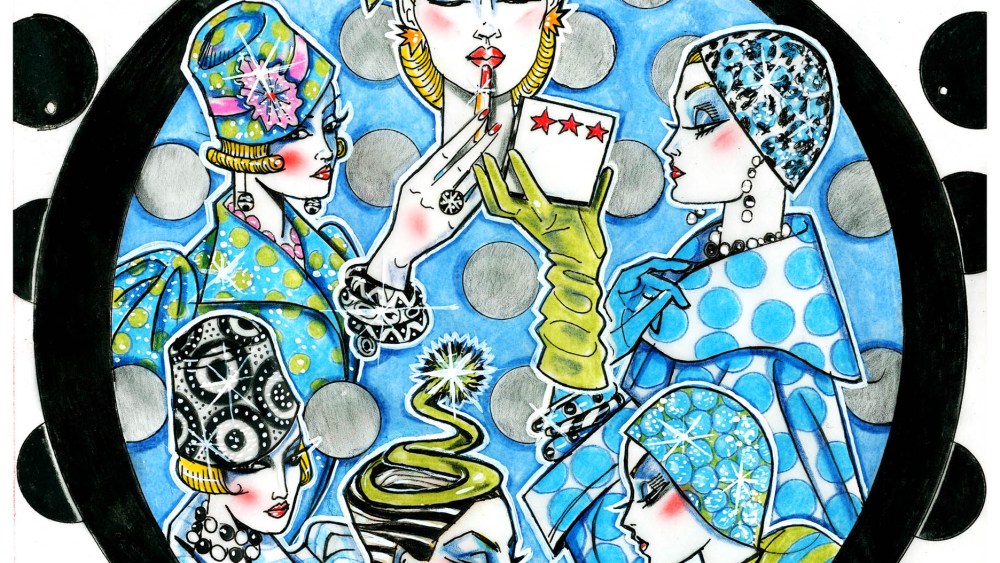 While the role of fashion illustration has changed over the years as photographs subbed in, certain artists left a stamp on the industry that won’t be forgotten. Robert Melendez is one of them.

The former WWD illustrator said fashion illustrated via the artist’s eye is idealized, but “dressing it up” for the imagination is what style is about.

“My days at WWD were exciting, very creative, and new for me. I loved every day working with the paper,” Melendez said. “I had no real idea how it would be, but I knew I loved to draw.”

Florida-born Melendez had applied to Parsons School of Design on his sister’s suggestion, where he studied in the fashion illustration program and was able to hone his skills in life-drawing courses. Those 20-minute, quick-sketching classes with a live model would, unbeknownst to him at the time, prove excellent preparation for a career that involved sketching fashion editorials with some of the most influential fashion houses and business publications in the world.

Melendez was first brought on at WWD after a recommendation from one of his professors, Anneliese Gmelch, also an artist with WWD. From 1967 to 1972, he illustrated the printed daily, left and returned after a three-year stint with Saks Fifth Avenue. He was rehired to work as a full-time men’s illustrator for DNR (Daily News Record) and other Fairchild publications, including Footwear News, until 1991. Working in all mediums, Melendez found that his favorites were charcoal and rapidograph pen, a medium he still uses today.

“Robert could draw anything on a whim,” said fellow artists Glenn Tunstull and Robert Passantino. His art offered a glimpse into the social scene that WWD helped make newsworthy.

“We had what I called daily field trips,” he recalled. Those field trips included first looks at collections, which kept WWD ahead of the curve. A day at the office might also have included visits to Seventh Avenue designer studios, like Calvin Klein, and other market showrooms to sketch what was new. “That’s how you got to know the look and feel of a designer’s work. I remember doing quick pre-sketches of the collections and then returning to the office to finish the drawing for print.”

Many of those sketches played a significant part in WWD’s Best of New York, California, Dallas and European designer regional supplements. He also sketched for the “Eye,” a section created in the mid-Sixties that covers the fashion world’s social culture, Hollywood celebrity, the city, people and parties.

One of his first live sketching assignments was the Muhammad Ali vs. Joe Frasier fight at Madison Square Garden in 1974. “My job was to sketch what people were wearing as they entered the venue. Being sent out to do live portrait-like sketches was really challenging. You had to be really fast,” he said. But his former 20-minute sketch courses paid off, and Melendez was often sent out to popular spots like Elaine’s restaurant in New York City to sketch scenes of celebrities at dinner, which would turn up in the paper the following morning.

“Ladies Who Lunch,” a phrase coined by WWD for the ladies of the social calendar, became a part of Melendez’s repertoire. He recalled Rudy Millendorf, a former Fairchild art director, sending him to the Waldorf Towers to sketch a luncheon with Mrs. Bergdorf Goodman and friends. “They were supposed to have a photographer, not a sketch artist, which didn’t make them happy. But it was really wonderful,” he said. “The more I did that type of work, the better I was at it.”

WWD’s far-reaching access also proved invaluable. Before shows were even edited, artists were privy to premieres, like Liza Minelli and Marisa Berenson in the debut of the film version of “Cabaret.” Melendez’s sketch would headline the front-page editorial on the following day. “I was really proud of that work,” he said. “I loved every day of the years I worked at WWD.”

Melendez’s love for the art form has not waned — the artist continues to draw daily. His work has been featured in dozens of editorials and is in the permanent collection at the Fashion Institute of Technology’s Francis Needy Collection, among many others. Although the pandemic postponed Gray M.C.A of London’s “Drawing on Style 2021,” which features Melendez’s work, as well as other WWD illustrators, the gallery is planning a show for 2023.