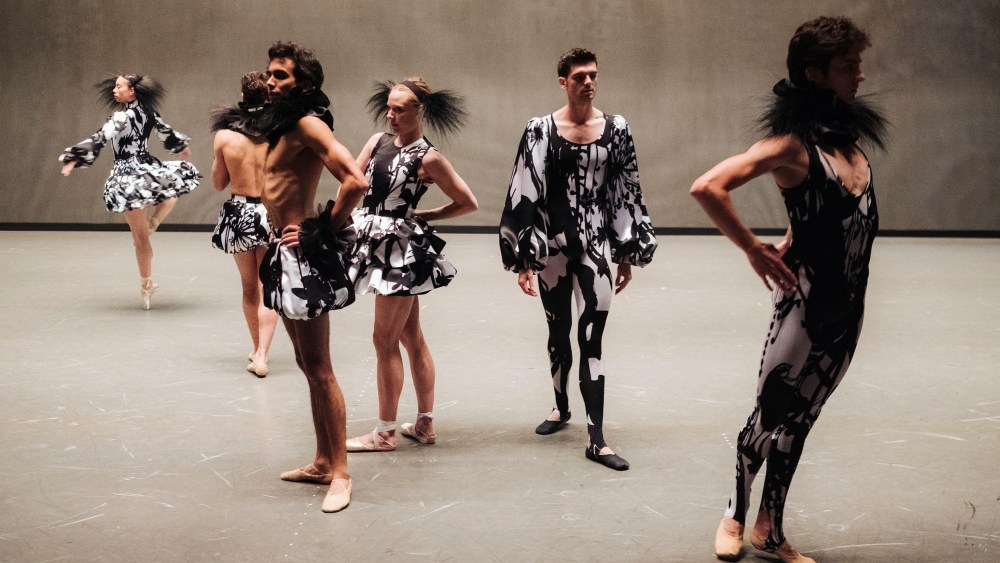 The annual event — set to mark its seventh iteration on Thursday evening — assigns fashion designers and choreographers the team objective of creating a new work that’s innovative in both its movement and visual appeal.

Demonic flamenco dancers are the invention of Gareth Pugh, the London-based designer, who has created costumes for a new piece by choreographer Matthew Neenan.

Monochromatic excess was conceptualized by Giles Deacon, a mad-hatter of London’s fashion scene who currently presents his collections as part of Paris Couture week. His costume designs — a fleet of kicky Renaissance court jesters — will accompany dancers in a new work choreographed by Kyle Abraham.

Flotsam chiffon dresses by Italian designer Alberta Ferretti will also whisk across the stage — hers to join a new work by Gianna Reisen.

The NYCB will dance these new pieces one week into a fall season that began mired in controversy. Following sexual misconduct allegations by a former student, City Ballet terminated two male principal dancers and accepted the resignation of another.

NYCB costume shop director Marc Happel acknowledged the toll this controversy took, also noting that much of the company has refocused since its season’s start. “There is the elephant in the room at City Ballet right now; I think the week before the season opened, there was just so much negativity everywhere. When the season opened, it’s like that dark cloud kind of parted. I think we realized we are here to do amazing art and that we do it well. The dancers are an amazing group of people – we can’t just take what happened with two or three dancers and say that’s going to affect the 100-some rest,” he said.

Happel is the fashion gala’s ringmaster — liaising with designers to realize their creations in-house at City Ballet’s costume shop. There, seamstresses, pattern-cutters and textile experts adjust runway designs to accommodate a dancer’s heightened physicality and mobility.

Always a delicate negotiation, each year sees new debates arise. Ferretti, who designed her costumes remotely, proved this year’s most difficult collaboration. “There was a miscommunication,” Happel said. “They wanted organza [fabric]. I get that this would be quite beautiful, but they are talking about dresses on the runway that no one is touching. I’m dealing with dancers who partner and lift each other. So I had to show that organza, when you go to partner it, just looks like crumpled tissue paper.”

While Ferretti’s ethereal designs are a natural fit for ballet, the gala’s other two designers took the evening as an opportunity to expand upon their design narratives.

For Pugh, who often works with contemporary choreographer Wayne McGregor, ballet enables juxtaposition between his signature dark approach and traditional notions of femininity. He enjoys the somewhat jarring result, explaining: “It’s nice to be able to come at things with a different point of view. The idea of injecting a sense of brutalism into ballet is important to me as a counter to frilliness and frivolity.”

Pugh’s design for the ballet’s men alludes to elements of an executioner’s uniform — bare-chested with billowing black pants and cage-like suspenders. Female dancers are clothed in floor-length dresses that recall the red habits seen on “The Handmaid’s Tale,” and are accessorized with similarly haunting red netted hoods. “I really liked the idea of giving women power rather than making them look like the cherry on the cake,” Pugh said of his designs. “They are cherry-colored but have quite a powerful aura to them.

Deacon’s designs in contrast are rooted in a monochromatic, abstract floral print, which he universally applied to ruffled crinolines, billowing corset tops and breeches. Many such looks are accompanied by burnt pheasant feather hairpieces and neck ruffles, their drama accentuating a high-wattage, surprise musical selection of Abraham’s choice.

Deacon said of his designs: “The theme being couture and choreography, I wanted to get all those kinds of couture elements – draping, prints, very strong silhouettes – the kinds of conversational pieces I’m known for. I wanted people to be excited and inspired, to get a ‘Wow’ feeling while watching it.”

Video: Go Behind the Scenes at NYCB