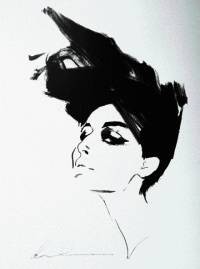 RUMOR MILAN: Following the Milan men’s collections last week, rumors began to swirl that Domenico Dolce and Stefano Gabbana could be headed toward a breakup — either personally or professionally — but there might not be much to the issue. While both Gabbana and the company’s head of communication were mum on the designers’ personal state of affairs, both adamantly squelched speculation that Dolce was set to buy out Gabbana’s share of the $476 million business, scuttlebutt that has come up numerous times during the duo’s career.

“Professionally, we’re doing extremely well, and it’s a ridiculous notion that I or Domenico would be leaving the company we built together,” Gabbana said during a phone interview from his headquarters in Milan. “These rumors pop up every few years, but it’s absolutely not true.”

Since the beginning of their relationship, both men have been focused on expanding their brand and have in the past few years enjoyed an upturn in their business fortunes. In 2002, they appointed Gabriella Forte to head up U.S. operations, leading some observers to say that, even if there was discord on the home front, it hasn’t led to any professional complaints.

ERIN APPARENT: Illustrator David Downton, who followed Erin O’Connor for two years sketching her chic lines, calls the swan-necked model “the embodiment of couture today.” An exhibition of his work runs through March 31 at the Joyce Gallery in Paris. So where was O’Connor Tuesday night — in the middle of couture week — during the opening party in her honor? “People have been asking me, and I’ve been asking myself for three years now,” Downton joked. In fact, O’Connor was — where else? — on a runway, for Gianfranco Ferré, and showed up two hours late, after most of the guests had left.

THE SMALL STUFF: Tom Ford is leaving his famous tent folded up for his Yves Saint Laurent men’s show Sunday night here during men’s fashion week. Instead, he’ll host an intimate affair at the new YSL showrooms on Rue d’Artois. Ford will welcome about 200 guests, about a third of the invitation list for past shows in the big black box.

IN BED WITH KATE? Target’s got Mossimo, and Kmart is still breaking bread with Martha Stewart. Now, it seems, Bed, Bath & Beyond is jumping into the designer pool and fishing out some talent to spruce up its assortment. Sources said Kate Spade is in talks to bring her quirky attitude to the chain. Spokeswomen for both companies declined to comment on a deal.

LUNCH HOUR: When you’re the richest woman in France, you don’t have to wait for anyone. That seemed to be the case at Wednesday’s midday Ungaro show, when L’Oréal doyenne Lilianne Bettencourt made for the exit while the rest of the audience waited for the bride, traditionally the last look at every couture show. She cooled her jets until the outfit passed on the way back, and then crossed the runway, making the photographers howl by spoiling the finale shot. But she set a trend, since other Ladies who lunch gleefully followed her lead.

THE OUTSIDERS: The feud goes on. On Friday, a spokesman for Helmut Lang confirmed that Cathy Horyn and the entire New York Times fashion team won’t be welcome at Lang’s men’s wear show in Paris Sunday afternoon. Lang is said to be no fan of the newspaper’s fashion point of view and has banished it from his shows since last summer. Horyn had no comment.

BACK TO THE FUTURE: While trawling Boucheron’s archives not long ago, creative director Solange Azagury-Partridge came across the house’s designs from the Seventies. Some of the jewelry looked dated, but not two sets from 1971. “We could say we designed them now, and people would believe us,” she said. “I just thought they looked so modern.” Thus the start of a new trend chez Boucheron: vintage reissues. The first arrived at the Place Vendôme on Wednesday: earring, pendant, ring and cuff sets nestled in mink-lined boxes. Only 10 numbered sets of each will be sold, priced from $26,000 for gold Grecian styles to $44,000 for a Talitha Getty-esque hammered gold set, studded with coral, turquoise and onyx. Azagury-Partridge couldn’t say what decade she might surf next, but she has lots to work with. Boucheron’s archives date back to the 1860s.

TEASE PLEASE: Lanvin might not do couture anymore, but house designer Alber Elbaz took advantage of show week to offer a sneak peek at his pre-fall collection. “The idea was to use masculine fabrics in a very sensual and body-conscious way,” he said. “I also thought about using delicate elements, such as pleats and bows and georgette, but making them more severe and more modern.” To wit: jackets lined with pleated georgette and a bustier dress with a big bow in the front. Coats came in python and fur, while chiffon blouses were given a modern edge with ribbed waistbands.

COMINGS AND GOINGS: London Fashion Week is about to get an A-list celebrity — literally. Sources in London say Christina Aguilera will be in town for promotional work and plans to attend some shows during the week, which runs from Feb. 15-20. “Her shows aren’t confirmed yet, but she will be in London for the duration of the week and will be performing at a special event,” said an insider at her record label BMG. If the underwear she sports during her “Dirrty” music video is any indication, she’ll be looking to catch the FrostFrench show on Feb. 16.

On a parting note, British fashion label Ghost has decided to leave London this season and haunt the catwalks of the first official L.A. Fashion Week. “With an increasing interest in the label throughout the U.S., it made sense to show in a city that complements the style of the brand so well,” said a company spokeswoman. She added that the decision was for the coming season only, and that Ghost may return to London in the future.

MAGIC SHOW: Guests at Earvin “Magic” Johnson’s surprise birthday party for his wife, Cookie, last weekend picked up a few gifts of their own at the Bacara Resort and Spa in Las Vegas. Tonya (Mrs. Dave) Winfield and LaTanya (Mrs. Samuel) Jackson were among the wellwishers. The former Laker treated guests to two spa treatments each day and sent them home with FAL by Jeffrey Grubb cashmere yoga pants as party favors.