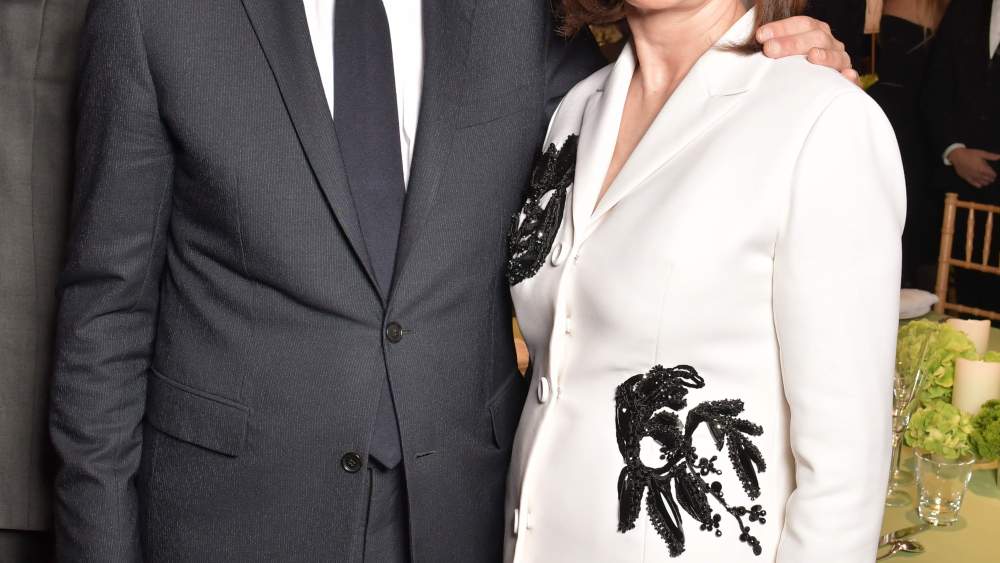 PARIS — It was déjà vu for Frank Gehry at the dinner on Monday celebrating the “Being Modern, MoMA in Paris” exhibition at the Fondation Louis Vuitton here.

The show includes 200 works from the permanent collection of the Museum of Modern Art in Manhattan, spread across all four levels of the building designed by Gehry — including paintings by Pop artists such as Jasper Johns, Andy Warhol and Roy Lichtenstein.

“I like seeing it all here because all of it is my age group, my friends, so I’ve seen all the work. I have memories of everything when they were happening. Like the Warhol, the ‘Double Elvis’ — I remember the show at the Ferus Gallery and the party afterwards,” said the 88-year-old architect.

“Warhol was with a camera photographing everybody, and Claes Oldenburg was there and that was the first time I met him. We became close friends. Every one of those things, I have that kind of memory,” he added.

Gehry was sitting in a corner of the building’s entrance hall, watching guests mingle before the dinner hosted by Bernard Arnault, chairman and chief executive officer of LVMH Louis Vuitton Moët Hennessy, in the auditorium dominated by a rainbow-colored painting by Ellsworth Kelly.

MoMA president Marie-Josée Kravis and director Glenn Lowry came with 35 trustees of the museum, which is undergoing an extensive building and renovation project to expand and enhance its galleries and public spaces.

“This is a doubly moving occasion for me tonight, seeing this terrific collection, but it is also the third anniversary of the opening of this foundation,” said Arnault, noting that the Fondation Louis Vuitton has drawn 4 million visitors since its opening. “It’s a bit of a dream come true.”

Kravis underlined the deep friendship between the United States and France. “MoMA feels at home here at the foundation and when the museum reopens, I hope you will all feel at home there when you come to visit New York,” she said.

Suzanne Pagé, artistic director of the Fondation Louis Vuitton, was quick to dismiss any notion of resistance on the part of the New York institution, noting it was the first exhibition in France to present MoMA’s collection.

“This kind of building gives us terrific momentum. It amplifies everything that enters this place — both ourselves and the works of art too. It gives everything a power that the works did not have originally. Everybody notices it,” she said.

“This exhibition is not just rare, it’s exceptional — a sort of manifesto of what it will be when it reopens in a year,” she said. “MoMA has been a global reference. For it to remain a beacon, it has to rethink itself for today, which it is doing with a greater geographic, social and cultural openness. This exhibition reflects that.”

Guests all walked away with a personal favorite. Olivier Widmaier Picasso admired several of his grandfather’s paintings in the basement gallery. “Even if I’ve been many times at the MoMA, it’s funny to discover something of the MoMA in Paris. The Cindy Sherman room is perfect,” he said.

Picasso said he was working on a TV documentary series of five portraits of art collectors. Would Arnault be one of his subjects? “Maybe,” he said with a smile.

Van Assche, the men’s wear designer at Christian Dior, loved a small painting by Frida Kahlo depicting her in a men’s suit, cutting off her hair.

“The second favorite is all the way up. It’s the room with all the speakers, which honestly is the cherry on the cake,” he said, referring to a Janet Cardiff installation which broadcasts voices from the Salisbury Cathedral Choir. “I’m really blown away by the simplicity and the efficiency of it. It’s full-on emotion.”