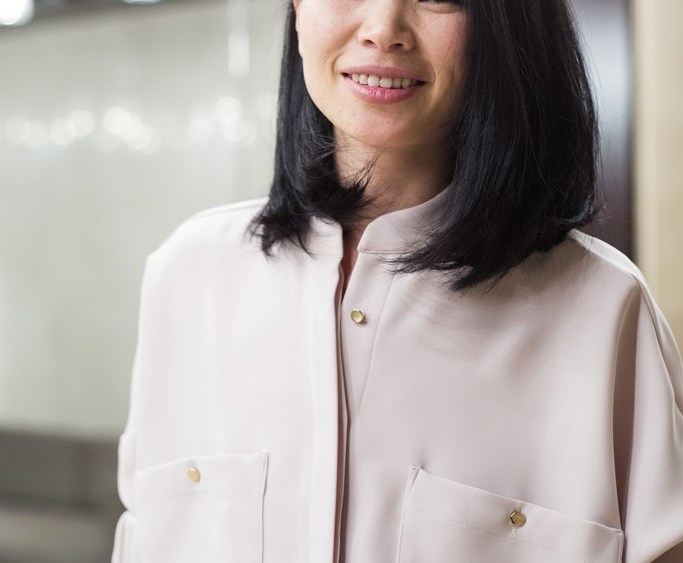 BEIJING — The path from fashion model to fashion designer is not as clear-cut as it might seem, but breaking new ground is something that’s become almost routine for Lu Yan, one of China’s first major international models.

Now, after 15 years of walking for everyone from Lanvin to Alexander McQueen, she hopes to add her flair to China’s luxury brand retail landscape.

With a debut runway show here on Tuesday at the Park Hyatt ballroom before 500 people, including stars like Zhang Ziyi, Lu showcased her Comme Moi fall line (her second full collection), a series of more than 40 looks aimed at women ages 25 to 35 who can afford luxury but want something different. In an interview before the show, Lu talked about her career path, shifting away from modeling into designing.

Lu, a coal miner’s daughter who left her small, rural town at age 18 in 1999 for Beijing and then went on to walk the runways of Paris and the world, shattered China’s beauty stereotypes and opened the catwalk to a wider diversity of looks just as this country’s nascent luxury fashion scene was exploding. Her look, distinguished by dramatic, narrow eyes, high cheekbones and full lips, was considered revolutionary in the fashion world.

“Before, nobody had seen a model like me. They all had big eyes,” she recalled.

“I never went to school for design; all I have is my experience of modeling for 15 years,” added Lu. “I’ve worn so many different designers and I know what works, what kind of clothes work to cover a woman’s body and make it look even better.”

She laughs that her clothes can shave off more than 10 pounds, and says she is obsessed with cutting properly. Her sportswear is meticulously designed, from carefully selected Korean breathable fabrics to Italian mohair dyed in rich, vibrant reds and blues for coats. Colors tend toward white, gray, black and red, while each piece is carefully detailed down to silk pocket linings and painstaking stitching. Among her collection, Lu includes a wide selection of casual, sporty skirt-jacket combos and simple eveningwear like a structured white top detailed with sparkling embroidered beads. Coats include unusual accents, and subtle bits of bling. Prices range from more than 6,000 yuan, or $970, for a signature clutch to the $150 to $600 range for basic separates.

Many of the designs could translate to a world audience; some are very specific to China’s tastes. All the pieces are particularly designed for Chinese consumers, but Lu is hoping the brand might go global eventually. Her Mod, Sixties-inspired hard plastic clutches could distinguish the line first.

When Lu decided to create a brand three years ago, she deployed the same work ethic that made her a favorite in runway shows around the world. Rather than hiring designers and go-fers, she started herself, scoping out materials at the Shanghai fabric market. Disappointment there led her to Italy, then France, where she found what she was looking for and gained confidence that she could create designs.

She designed a test collection of 10 looks, sold in one of China’s multibrand stores without any fanfare or announcement. “We sold every single thing, they even asked for more,” she said. “My clothes are quite wearable, with little details. They like it very much and we’re selling very well.”

Lu now sells her line in a dozen multibrand stores in China and is looking for an ideal location to open a boutique in Shanghai.

She said her weakness is that she doesn’t have a strong creative signature, as someone who graduated from design school might. But she does have a deep understanding of what looks good on women, and the willingness to work hard and invest her own money into her label to give it an edge. She describes her clothes as “wearable, with a reasonable price, but also with attitude.”

Her entry to the market comes at a time when China’s luxury consumers — at least the elite — are no longer content with wearing the same labels as their peers. Industry insiders widely acknowledge that China’s luxury market is moving away from branding toward labels marked by quality and small touches that distinguish them.

Lu said her label, down to the name, is meant to encourage young Chinese women to be more confident, comfortable and celebrate their unique qualities.

“If you know my background, I’m an ugly duckling. They thought I’d never be a model,” said Lu. “If I can be here today, they all can. I hope they have the dreams and the guts. That’s why I say ‘comme moi’ — not to be exactly like me, but to have guts.”