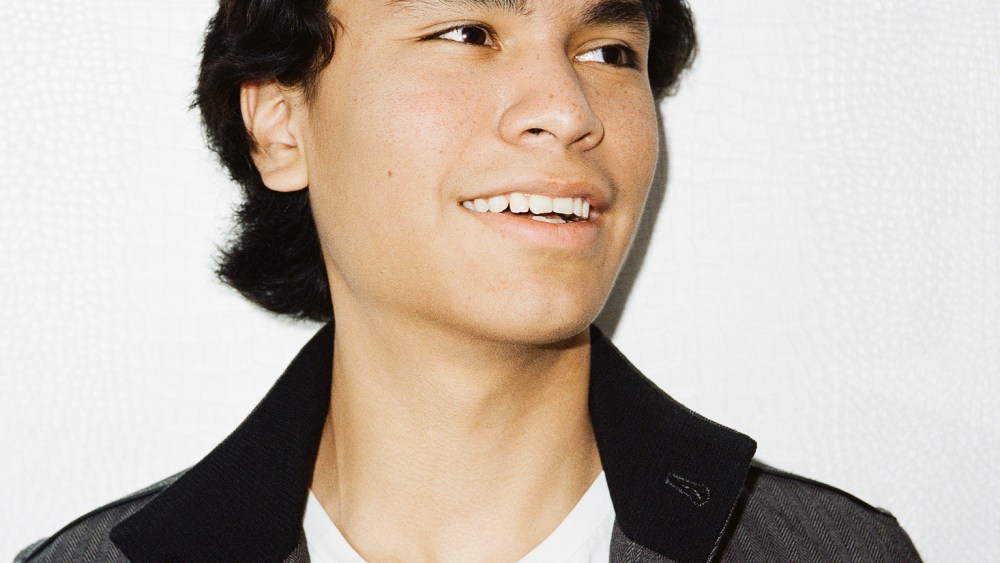 To a certain extent, 17-year-old Forrest Goodluck’s December is going much like other seniors at his high school in Albuquerque, N.M. It’s the thick of the draconian college application process — a mire of personal statements, SAT scores and other tedious paperwork. But for Goodluck, there’s more. There are junkets, premieres and the other requisite appearances that come with a press tour, this one for one of the most anticipated and controversial films of the Oscar season, “The Revenant.”

“I auditioned for this part when I was 15. I got the role when I had just turned 16, and we finished the film when I turned 17, this past August,” Goodluck says over the phone from his family home. “I grew up with this film.”

A member of the Dine, Mandan, Hidatsa and Tsimshian Native American tribes, Goodluck got his first taste of acting in an eighth-grade production of “A Charlie Brown Christmas.” “I spent hours watching the show and then writing down each line to create the script,” he says. “Since then I’ve been doing stage and plays with school, and it was really more just fun for me. It wasn’t like I wanted to move to L.A. — [I didn’t have] that whole dream that people have.”

Dream or not, Goodluck might just have to prepare for more days in southern California.

He got his start at 13 when he auditioned for famed Native director Chris Eyre’s film “Man Called Buffalo.” The film never made it to production but through the pre-production process, he met casting director Rene Haynes, “who does a lot of casting for Native roles and Native actors,” Goodluck says. “We ended up being friends, and eventually she sent me ‘The Revenant,’ and I started that audition process.”

The film is the latest labor of love from Alejandro González Iñárritu — this, one of the bloody, survivalist iteration. The plotline is difficult to glean from the deliberately ambiguous trailer — a splicing together of stunning wilderness and brutal fight scenes with Tom Hardy and Leonardo DiCaprio flinging at one another heaps of fur slung over their shoulders — but it tells the story of Hugh Glass, a real-life fur trapper in the early 1800s American West who set out on a cross-country revenge mission after being left for dead by his fellow explorers, following a nearly fatal bear mauling. It’s a frontier story and in it, Goodluck plays Glass’ fictional teenage son, Hawk. Hawk is half-white, half-Pawnee and is the recipient of much racism from the other white fur trappers in the group.

Hawk, as Goodluck describes him, is “torn between the two worlds: one that is emerging, which is the idea of the white man; and one that is his own Native Indian world, which he was born into. He is divided in terms of his identity.”

The film is Iñárritu’s follow-up to “Birdman” and such is the expectation of most audiences. True to Iñárritu’s films, “The Revenant” is immersive and intense. The director is reportedly equally as intense, often pushing actors and crew beyond their limits, to the point of leaving the film. Rumors of dismissed and disgruntled crew have swirled around “The Revenant”’s production — but Goodluck insists it’s all part of the creative process. “He’s a man of truth, Alejandro,” Goodluck says. “He pushes for as pure as any film can be. He wants something that’s so honest and I never think that [for] him striving for that goal, to be completely truthful, is crazy.”

That’s not to say it was the cushiest of film sets; Goodluck (with his mother in tow) trekked to the Kananaskis mountains in Alberta, and Squamish, British Columbia, for six months of shooting, much of which took place in icy Canadian winter temperatures. “In December it got to about 30 below, and it was so cold that the cameras froze up and stopped working,” he says. Not that this did much to deter him from the acting life. “Since it was my first film experience, I never really knew what it was like to shoot in sunny L.A. with sets and lights and everything,” he says.

It wasn’t all glitz, glam and Leo, though. When not rehearsing lines with the film industry’s biggest names, “I had to do about three hours of homework every day.”