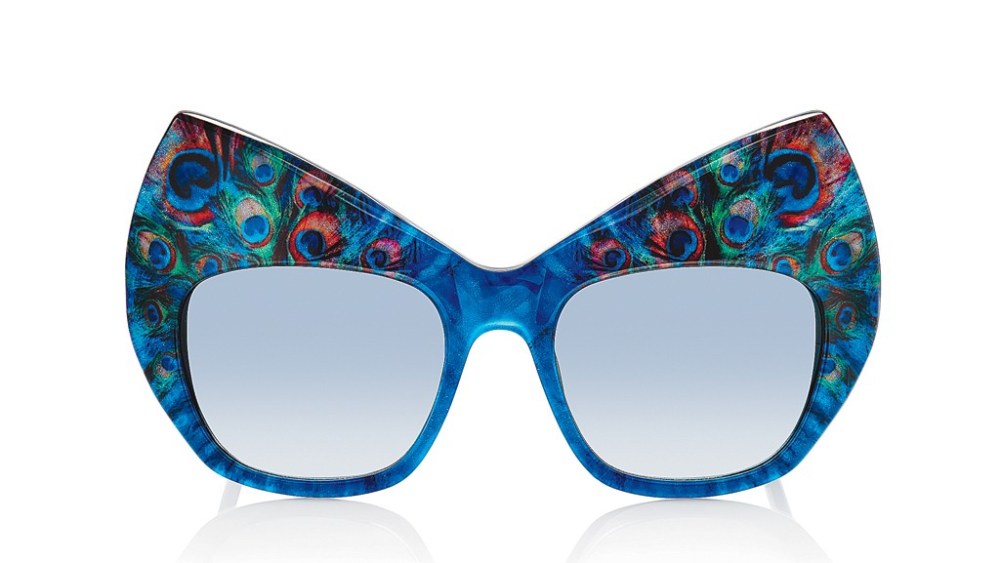 Much of fashion is about differentiation, and that notion is hitting the eyewear market.

Cutler and Gross, the U.K.-based company established in 1969 by Graham Cutler and Tony Gross, who met in optometry school, is arguably the best-known of the group. Each frame is still handcrafted in a family-run factory in the Cadore region of Northern Italy, and every frame — at $470 to $575 retail — goes through 37 processes and takes four weeks to make.

“Cutler and Gross has never been trend-driven,” said Cutler. “We pride ourselves on functional, hardworking and timeless frames. The key is to make a feature out of the frame, rather than pretending it’s not there.”

He noted that the brand has partnered with designers such as Comme des Garçons, Maison Martin Margiela, Giles Deacon and Erdem Moralioglu.

The spring collection is made with Japanese fluoro acetate, inspired by Thirties Belgian Surrealist artists, and will be sold at Dover Street Market, Harvey Nichols and Odin.

Eyewear designer Karlsson said she invented the off-white plastic glitter to get “just the right shade of sparkles” for her ivory rose Cause I Flippin’ Can sunglasses. The $820 cat-eye frames feature a row of 10 rosebuds of various sizes bordering the top, and will hit retailers in January.

“I went to Hong Kong and sprinkled glitter on plastic for days,” said Karlsson, describing the process. “I use a patented high-definition plastic.”

She launched her line in 2011, but 2013 marks the first time she’s making a significant push in the U.S. Her collection, $525 to $898, will be carried on Moda Operandi’s Web site and at Gregory’s in Los Angeles, Beverly Hills, Dallas, Houston and Atlanta.

Thierry Lasry’s “futurist vintage” frames have garnered a cultlike following since the designer started his line six years ago. Now, the line, which retails for $385 to $485 and is handmade in France, can be found in about 800 doors worldwide, including Lane Crawford, Colette and Opening Ceremony.

“[Boutique eyewear is] going more high-end and luxurious with no logos and real quality,” Lasry said. His acetate cat-eye, extreme cat-eye and round shapes often feature saturated colors and mosaic or confetti prints.

Sheriff&Cherry’s premier pre-summer collection will launch at Barneys New York, Colette and Net-a-porter next month. The series of classic silhouettes — mainly cat-eye and square — have twists like colorblocking or leopard prints in blue, green or red. The unisex glasses range from $115 to $130, and were inspired by a vintage archive found in Croatia dating back to the mid-Sixties to late Eighties. The styles, which founder Mauro Massarotto calls “new retro,” are all handmade using injected acetate and silver nickel.

Three-year-old Illesteva based its spring collection on a “night out at a Twenties speakeasy,” according to founders Daniel Silberman and Justin Salguero. The brand is also introducing its first optical offerings. The main collection retails from $165 to $290 and contains elements like titanium, carbon fiber and leopard and striped acetate. The line created for Zac Posen, Illesteva x Zac Posen, sells for $300.

Westward Leaning’s socially conscious sunglasses, conceptualized by Robert Denning and Karlygash Burkitbayeva while still in Stanford Business School in 2011, launched last March at westwardleaning.com. Unlike the others, though, the line features just one frame — a modern take on the wayfarer — that the designers think “complements and flatters just about everyone.”

Currently, the line is sold for $165 to $295 in 15 locations across the U.S. and Europe, including at Fred Segal and Opening Ceremony, and is about to enter the Japanese market. The brand is also about to release its new Wintermute collection, an understated follow-up to its successful Color Revolution line that featured mirrored lenses in neon colors.

“For so many years, sunglasses were seen as just another way for major brands to monetize and extend their core product line by enabling them to reach customers at a more attainable price point,” Denning said. “Boutique eyewear brands and sunglasses designers are challenging this assumption, and showing glasses that are worthy, original and creative in their own right.”