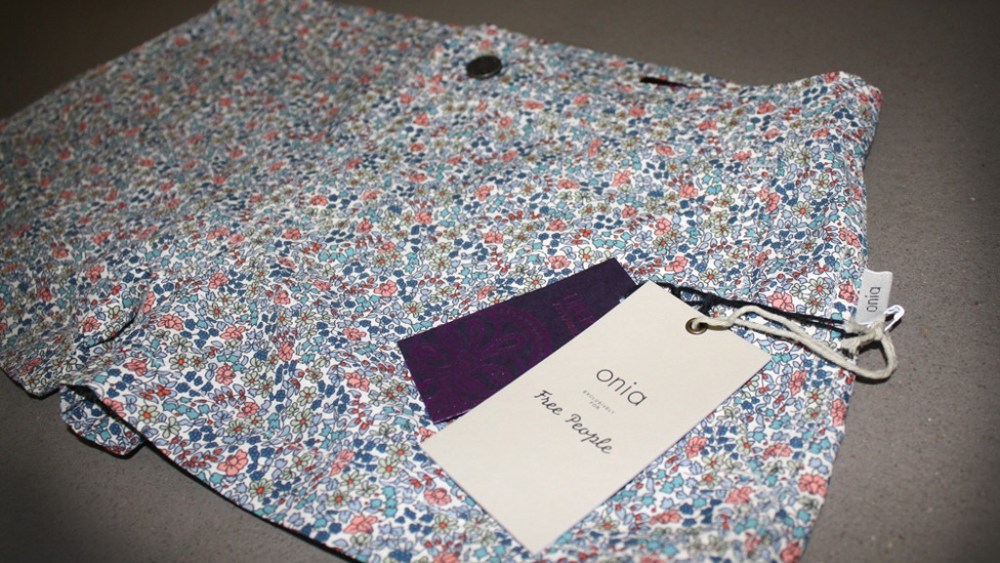 Free People, the trendy unit of Urban Outfitters Inc., has entered into a collaboration with Onia for a line of women’s beachwear shorts bearing the Onia x Free People label.

This will the first foray into women’s apparel by Onia, a three-year-old specialist of men’s and boys’ contemporary swimwear.

The line, which will be sold at freepeople.com beginning in December, will feature a signature men’s swimwear trunk that will be translated into women’s beach fare with a shorter in-seam and flexible cut, called The Calder Beach Short.

Colors will include a best-selling shade of papaya from the men’s line, an orange and teal stripe pattern, and exclusive Liberty of London florals including a vintage Emilia’s print. Sizes will range from 0 to 12. Suggested retail will average $98 for shorts in solid colors to $128 for styles in Liberty of London prints.

Officials at Free People could not be reached for comment.

Carl Cunow, an owner, founder and designer of the Onia brand, said Free People “wanted to recreate The Calder Walking Short for women.”

“They’re really the retailer to work with because they have the customer who’s an active, outdoors beachgoer,” said Cunow.

Cunow said fabrications that are not typically used in women’s swimwear and beachwear will lend to the line’s “uniqueness.”

“A lot of our competition use one base fabric like 100 percent microfiber or nylon and Supplex. I come from a production and R&D background and every season we come out with five different fabrics like a cotton and nylon blend with a chino feel that has a short dry time, an Italian memory fabric and a yarn-dyed ginghams from a mill in Spain,” explained Cunow. “Liberty fabrics and prints have really given credibility to our men’s line.…I went through the Liberty of London archives from the Seventies and Eighties and found screen prints that still existed in Italy and had them printed last year on 100 percent nylon. Barneys placed three reorders.”

He added that Onia is doing a range of exclusive Liberty of London prints for men’s swimwear at Saks Fifth Avenue for spring 2013.

Regarding expansion into women’s swimwear, Cunow said, “People have been asking, ‘When are you going to do women’s swimwear?’ Bikinis are definitely a consideration, but it would have to be with a key retail partner.”

A sales projection was not available for Onia x Free People line, but Cunow noted that wholesale sales for the Onia brand are projected to nearly double to $2 million by yearend.