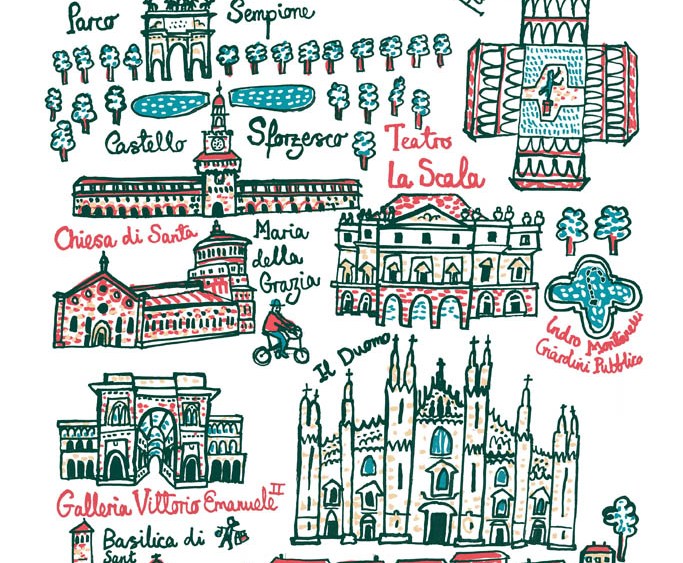 MILAN — Furs, both real and fake, natural and dyed, in apparel and accessories, were the biggest fashion story at two adjacent women’s ready-to-wear and accessories trade shows — Mipap and Super Pitti. But the buzz at both fairs, held at MilanoFieraCity during Milan Fashion Week, centered on a dip in international presence.

This lament came despite upticks in overall attendance and a favorable euro-to-dollar exchange.

Mipap — also known as MI Milano-Pret-à-Porter — exhibited 170 collections to 4,065 visitors, an 8 percent upswing from last year’s edition. With 22 percent of visitors hailing from abroad, exhibitors were somewhat despondent over a sparse international presence and its midlevel demographic.

While slightly larger than the assemblage of Far East buyers (mainly from Japan and South Korea), the American presence remained stable from the last edition. With the dollar and euro nearly equal in value, the hope was that this would entice more U.S. buyers — and it might in coming market weeks.

Aside from small upticks from the Czech Republic and Poland, the Eastern European presence shrank, while Russian buyers were reeling under precarious economic straits in their country.

Flora Fedi — the fashion label under the auspices of its Prato-based knitwear factory, Maglificio Denny — cited Italy as its most viable market, with a secondary share in Japan, Korea, France, Russia and the U.S. Since 1962, the family-owned label has created traditional knitwear looks in sober, austere shades spun from Italian-made Zegna Baruffa Lane Borgosesia natural materials.

Its president, Roberto Ciampolini, and partner Antonella Gennari have been exhibiting at Mipap for more than five years. Although this season was better than the last, they’ve noticed a general sag in international clients as well as a change from the medium-high level market to medium-low.

Eliana Dominelli, president and founder of Domino, has shown at Mipap for a decade.

“In respect to 10 years ago, business is at half-level, but compared to last year, things are going well,” she said. The brand sells almost exclusively to an Italian clientele, with a small slice from England and Germany. Her bestseller is the “cappotto lana cotta” a one-size, boiled-wool overcoat in a dozen colors. Its design, fabric and distribution is made in Italy, but production is in Romania, which has lower labor costs,she said.

Capitalizing on the trend for dyed, colored furs, first-time exhibitor Alessandro Ashton of his namesake label created a 40-piece fall collection of natural and colored fur jackets and vests. His European market bestseller is a vest of burnt-orange mink and beige raccoon.

“China is a very good market for us, but they like their fur a bit more traditional — colored fur is still a bit too avant-garde,” he said. Sales were going well, yet tethered to the Italian market. “I would have liked to see a split closer to 50-50 between the Italians and the foreigners.”

At Super Pitti, an upbeat mood came from its young exhibitors and emerging designers. The fifth edition closed with 6,000 buyers, 20 percent foreign, reflecting a 3 percent increase from the last edition.

The fair, produced by Pitti Immagine and Fiera Milano, reported buyer upticks from France by 6 percent, Germany by 27 percent, the U.K. by 25 percent and Holland by 30 percent. There were marginal gains from China and the U.S., while Russian attendance remained steady. The presence of 10 international markets was led by Japan, followed by Switzerland, France, Germany, Spain, Greece, China, Russia, Austria, Belgium, South Korea and U.S.

Optimism ran high at Es’Givien, a brand based on handmade, conceptual designs and unconventional materials. Its name is a portmanteau of the three Zampini sisters from Verona — Gaia, Vivilla and Nives — who founded the brand eight years ago. They’ve been exhibiting at Super since its inception, after earning “best emerging designers” honors from Pitti Immagine. The brand’s biggest market is Italy — collections are in established retail spaces such as Rinascente department store and Luisa Via Roma. The fall collection of sculptural cuts was inspired by Italian Renaissance artists and bestsellers ranged from a laser-cut Neoprene coat to a jacket in laminated, recycled wool.

Julia Gash, the ceo and designer of her two-year-old brand, Talented, had been invited as a first-time exhibitor of “The Green Closet,” a collective of seven British designers sponsored by U.K. Trade & Investment and the British Consulate-General to highlight eco-friendly and environmentally sustainable products.

Her illustrations decorate small canvas items made in certified, Fairtrade factories in India, and hand-printed by artisans in Sheffield. Her biggest market is Italy and Japan, and bestsellers come from the Cityscapes line of international landmarks. As a foreign exhibitor courting an Italian buyer, she has an opposite perspective on the Italian fairs: “Orders are doing well, although we didn’t expect massive things from Italy — it’s a notoriously hard market to get into for foreigners — so it’s all about making little steps forward.”