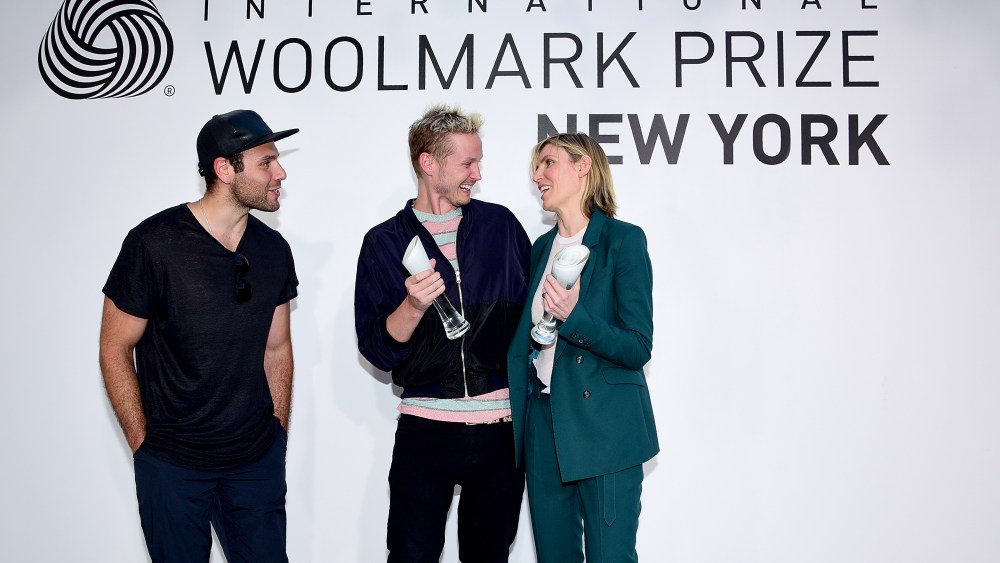 NEW YORK – Gabriela Hearst and Rochambeau are the U.S. regional winners of the International Woolmark Prize in women’s wear and men’s wear, respectively.

The designers were selected Tuesday night by a panel of judges who convened at La Sirena in New York. Five women’s wear designers and five men’s wear designers competed for the price, which includes 50,000 Australian dollars, or $37,489. All finalists were judged based upon their innovative use of merino wool.

Besides Hearst, the other women’s wear nominees were Hellessy, Monse, Nellie Partow and Sally LaPointe.

In addition to Rochambeau, the men’s wear nominees were Abasi Rosborough, Matiere, Pyer Moss and Second/Layer.

Hearst, known for her sophisticated designer ready-to-wear, was named to WWD’s “Ten of Tomorrow” in January. She showed her first runway collection in February 2015. Hearst grew up on a ranch in Uruguay, which is still run by her family, who specialize in organic cattle and merino wool.  “It’s always been part of my background,” she told WWD earlier this year. Her collections are crafted from the finest fabrics, Italian and English double-faced cashmere, merinos, cady silks, chiffons, denim, wax canvas and leathers.

Rochambeau, which launched in 2011, is designed by Laurence Chandler and Joshua Cooper. The collection gained a following for its sharp cuts, heavy layers and dark tones.

Five other regional awards have been given in Hong Kong, Sydney, London, Milan and Mumbai. The winner of the men’s wear and women’s wear global finals will each receive 100,000 Australian dollars, or $74,976, to assist with fabric sourcing and marketing of their collections and mentoring from industry experts. In addition, the women’s wear and men’s wear winners will have the opportunity to have their collections distributed through Harvey Nichols in the U.K., David Jones in Australia, Boutique 1 in the United Arab Emirates, Verso in Belgium, Leclaireur in Paris, Boon the Shop in South Korea, The Papillion in Indonesia and online through mytheresa.com (women’s wear) and Matchesfashion.com (men’s wear).