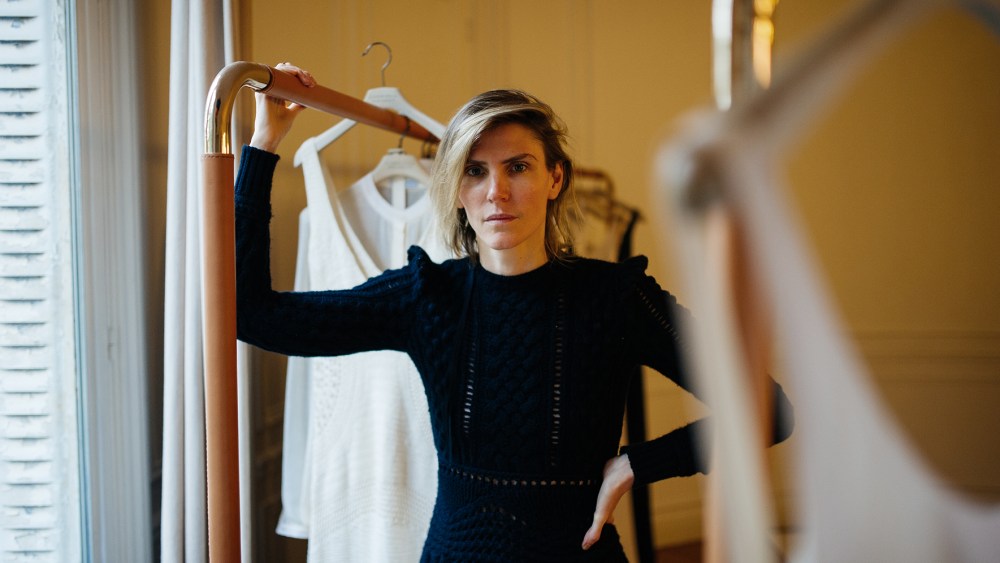 Chloé revealed the news Monday morning, just four days after announcing that its former creative director, Natacha Ramsay-Levi, would be leaving the design house after a nearly four-year stint. Hearst also created a custom cream coat and dress for First Lady Jill Biden for the night of President Joe Biden’s inauguration. The custom look included floral embroidery that represented the federal flowers from each state and territory of the U.S.

Here, WWD breaks down seven facts to know about Gabriela Hearst as she takes on her new role. Read on for more.

1. She Started Her Namesake Label Utilizing Natural Materials From Her Father’s Sheep Ranch in Uruguay

Hearst first launched her namesake fashion label in 2015 after taking over the operations of her father’s sheep ranch in Uruguay. She has since regularly incorporated merino wool from her family’s farm in her designs.

“On the ranch, you’re remote,” Hearst said in a 2016 interview with WWD. “Everything has a purpose because you cannot just go shopping. Making things to last is what I try to do with the clothing.”

The fashion brand offers luxury women’s ready-to-wear and accessories that are designed on the principles of timelessness, quality and sustainability. Hearst made her Paris Fashion Week debut last October.

LVMH Luxury Ventures, an entity within LVMH Moët Hennessy Louis Vuitton, took an undisclosed minority stake in her business in 2019.

Hearst will continue to run her namesake brand as she takes on her role at Chloé.

2. She Has Long Been an Advocate for Sustainability

Hearst has long been an advocate of sustainability through her fashion line. For instance, she did her first show in New York in February 2017 without any plastic and used repurposed materials and deadstock fabrics.

During her debut show at Paris Fashion Week, Hearst said: “The paradigm that we always set ourselves is, ‘How are we going to do business 10 years from now, where there’s water shortages, where there’s less access to natural resources, lack of biodiversity?”

The designer is joining Chloé at a time when the design house is shifting its business model to focus on social sustainability, specifically the advancement and empowerment of women and eco responsibility.

Hearst did not go to fashion or business school. She’s said that sketching comes naturally to her.

Before launching her namesake label in 2015, Hearst launched Candela in 2004 as a bohemian-inspired contemporary line.

She also won the 2017 International Woolmark Prize and she was the 2018 recipient of the Pratt Institute Fashion Visionary Award.

Hearst’s appointment at Chloé is effective immediately, as Ramsay-Levi has already exited the role. Hearst is expected to unveil her first collection for the design house next March during the fall 2021 season.

7. Celebrities Are Obsessed With Her Bags

One of Hearst’s most popular styles is her Nina bag, which quickly became a bestseller. Many celebrities are also fans of the style, including the Duchess of Sussex, Meghan Markle, Oprah Winfrey, Brie Larson, Anne Hathaway and others who have been seen carrying the accessory.

Click through the above gallery to see photos of celebrities wearing designs by Gabriela Hearst.

13 of the Biggest Fashion Collaborations of the Year