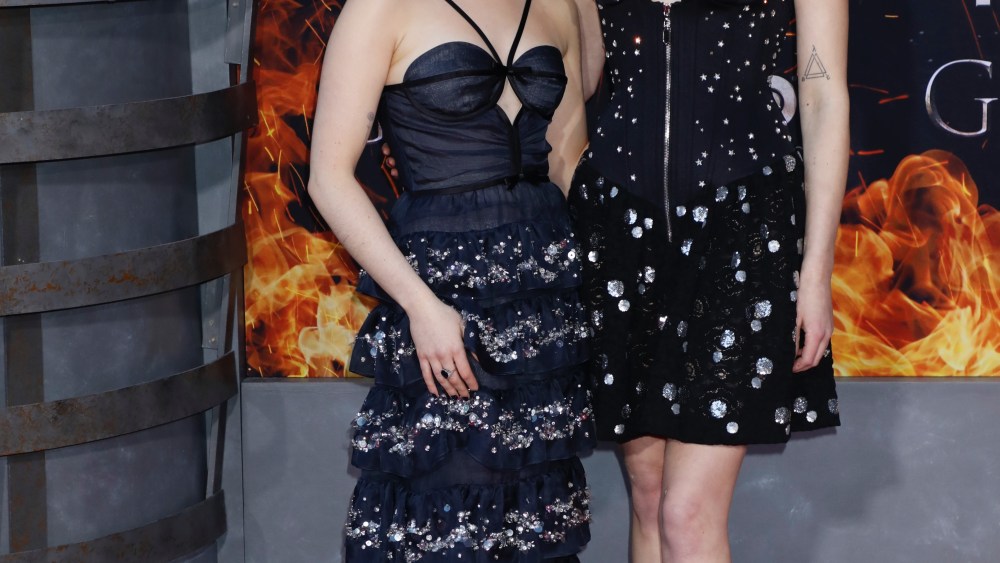 It may be spring, but as it turns out, winter is finally here.

With the premiere of the final season of “Game of Thrones” 10 days away, HBO is rolling out the red carpet for the hotly anticipated television event. On Wednesday night, the show’s cast — both past and present — hit New York’s Radio City Music Hall to celebrate the premiere, clad in Westeros-ready red carpet looks.

Emilia Clarke, who plays Daenerys Targaryen (aka Mother of Dragons), arrived in a look from Pierpaolo Piccioli’s poetry-themed Valentino fall 2019 collection: a ruffled blue gown adorned with the line, “Leave your door open for me. I might sleepwalk into your arms.”

Leaving her mark on the red carpet, Gwendoline Christie, who plays Brienne of Tarth, arrived in a cloud-printed Iris van Herpen dress, which she gladly whirled around in for the cameras. Christie is no stranger to a high fashion moment; The actress has most recently walked the runways of Miu Miu and Tomo Koizumi’s inaugural New York show.

Click through the above gallery to see all the looks from the “Game of Thrones” season eight New York premiere.

“Game of Thrones” Teams Up With Urban Decay For Makeup Collection

Maisie Williams Says Japan is the Place to Be