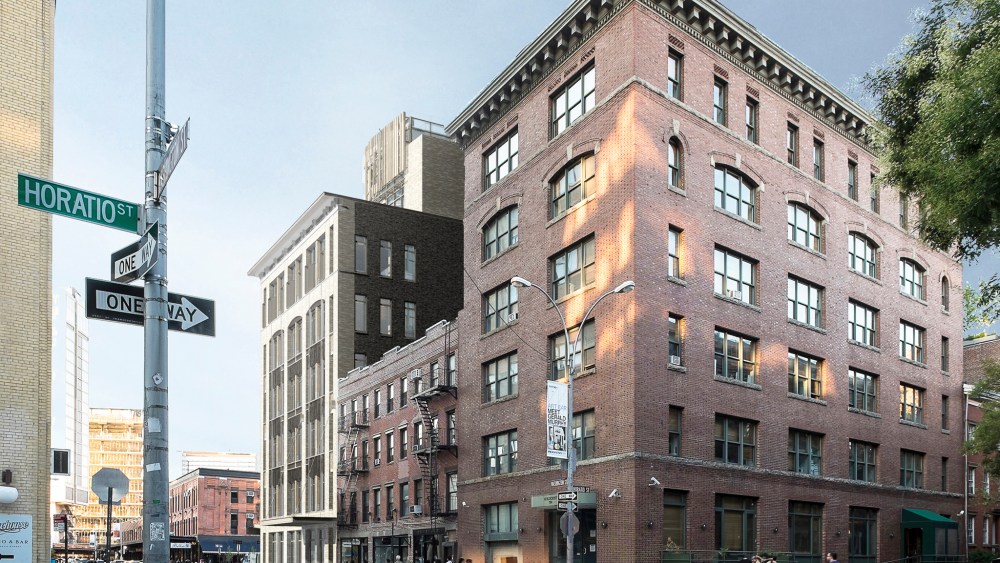 NEW YORK — Warring parties in the proposed development for nine Gansevoort Street buildings are gearing up for round two — next month’s meeting with New York City’s Landmark Preservation Commission.

About 1,300 signatures have been gathered for a petition asking the LPC to reject the development plan submitted by Aurora Capital Associates and William Gottlieb Real Estate. About 100 supporters of the Save Gansevoort Street and Greenwich Village Society for Historic Preservation turned up at last week’s Community Board 2 meeting, which rejected the proposal in a nonbinding decision. The board’s ruling referenced that the project “alters the mass, scale and architectural details that are particular to this street,” among other things.

Despite that opposition, interest in the project remains robust among potential fashion tenants, according to Aurora’s vice president and partner Jared Epstein. The proposed project’s proximity to the Whitney Museum of American Art, The High Line elevated park, and numerous fashion boutiques in the West Village are selling points, along with the projected sales-per-square-foot figure, which developers claim will be upward of $2,000 and closer to $2,500. Aurora owns the Madison Avenue and Los Angeles sites for Barneys New York. Its portfolio also includes Nike’s 55,000-square-foot Lower Broadway store, the Sephora boutique in the Meatpacking District and David Yurman’s SoHo location, among other fashion clients.

BKSK Architects has been hired “to create a design for the entire block that was contextual and featured a building-by-building approach that related to the up and down architectural history of the block and the Gansevoort Market Historic District,” Epstein said.

Developers are not looking to have a restrictive declaration, which prohibits space from being used for offices, lifted since other uses are permissible, such as retail and restaurants. “We carefully studied the history of 46-74 Gansevoort Street and the evolution of the Gansevoort Market Historic District to determine the proper scale and design for each of the buildings separately and when viewed as an entire block. We determined that leaving approximately 43,000 square feet of unused air generated the most appropriate massing and design,” Epstein said.

GVSHP director Andrew Berman said Thursday that his group does not expect “a thumbs-up or thumbs-down decision” at next month’s meeting, but is committed to fighting the development. Diane von Furstenberg, Julie Gilhart and Christie’s Toby Usnik are among the style-minded supporters of the Save Gansevoort Street initiative, according to a spokeswoman for the group.

Keith McNally’s Pastis, which was a mainstay with the fashion crowd until it closed last year, has inked a 15-year lease for 9,000 square feet in the Gansevoort Market Space. Pastis’ former location on Ninth Avenue is now being developed by Restoration Hardware, which is converting the space into its 70,000-square-foot flagship. Restoration Hardware is reportedly developing a hotel nearby which will be called The Guest House at 55 Gansevoort Street. That property is not part of the proposed development that will be presented to the Landmark Preservation Committee next month. A Restoration Hardware spokeswoman declined comment Thursday.