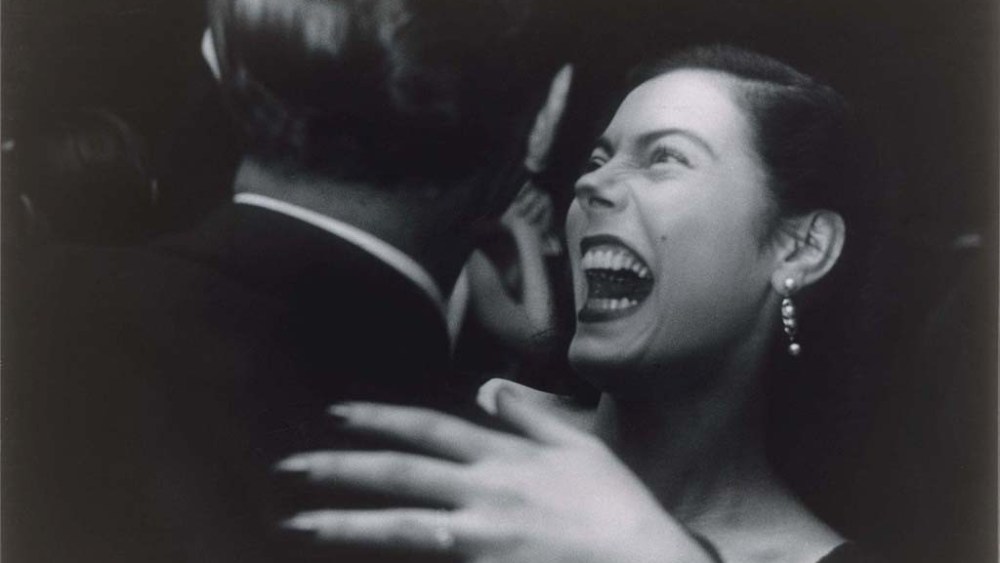 “Garry Winogrand died 30 years ago, and photography has really come of age in the last 30 years,” says Jeff Rosenheim, curator in charge of the Department of Photographs at the Metropolitan Museum of Art, which is doing a major retrospective on the photographer, that opened on Friday. “He didn’t reap the benefits of the success of the medium.” Winogrand, however — who published a book of photos called “Public Relations” in 1977, about museum openings, press conferences and protesters beaten by cops — knew that “the media was affecting events, that kind of perspective on the culture was about the medium is the message, like Marshall McLuhan,” he says. “Coming out of World War II into the isolationist Fifties and the revolutionary Sixties, we watched society change on television. Life in our age is ocular.”

Winogrand, known for his skill in shooting on the street, was described by the influential MoMA photography director John Szarkowski as the “central” photographer of his generation, and Rosenheim believes he deserves to be as well-known as his more famous contemporaries, who include Duane Michals, Diane Arbus, Bruce Davidson, Minor White and Lee Friedlander.

The exhibition was originally at the San Francisco Museum of Modern Art and the National Gallery of Art in Washington. It was underwritten by Randi and Bob Fisher, with additional support from the Blavatnik Family Foundation and The Daniel and Estrellita Brodsky Family Foundation, while the international tour was funded by the Terra Foundation for American Art. There are 175 images at the Metropolitan Museum, 100 fewer than were shown on the West Coast, Rosenheim points out. “Our galleries are smaller,” he explains. “The photographs go from 1950 to 1984. I tried to choose them so that there was a surprise around every corner.”

As for the photographs, “It’s very revealing about the shapes of our streets, but it’s not a show about the Fifties, Sixties or Seventies. Can we use this to look at our time, at who’s putting in that effort, whose archives will yield this kind of work in the future?”

Photographer Tod Papageorge, who is the Walker Evans Professor of Photography at Yale University’s School of Art, met Winogrand at a downtown gallery in 1966. “I had seen two of his pictures that very day at MoMA in a recent acquisitions show,” he recalls. “Being young and wedded to the truth, I told him I thought they were the best pictures in American photography since Robert Frank had produced ‘The Americans.’ He was very nonplussed by this and almost embarrassed by it.

“There were a lot of people doing street photography then,” Papageorge adds. “That was its sort of heyday. And by the way, he probably would have hung up the phone if you ever used that term. To him, he was a photographer. Where does he stand? I think after Walker Evans, he is the great American photographer — pure and simple. It has nothing to do with street photography.

“His greatness lies in his poetic perception in the sort of agonizing times he lived through in the Sixties and into the Seventies.”

The photographer Joel Meyerowitz says that Winogrand was his best friend for nearly five wonderful years “of almost daily walking on the streets of New York, mostly Fifth Avenue.

“Garry was the most ravenous consumer of street life I have ever known,” he adds. “He was delighted by every kind of human behavior he came across, from the proud to the profane, from the absurd to the sublime, and of course, sexy women of every strange kind of bearing moved him to react, and all of it barely perceptible as it flashed from invisibility to a glimpse of its essential moment, and when that happened Garry was there in the right place at the right time, and the Leica was sliding across his eye and down again to his side.”

Winogrand supported himself by doing everything from sports photography — at which he was particularly deft — for Sports Illustrated to shooting an ad for the ur-Fifties tranquilizer Librium. Rosenheim was a good choice for curator since he had studied with Winogrand — he spent a fair amount of time teaching in Texas and California and also lecturing on photography — and Rosenheim once even spent a week traveling with him in Minnesota, driving him around Minneapolis and St. Paul. “He was more interested in photographing outside of the big urban centers,” the curator says. “He would go to the same blocks and the same streets every day, and the quality of people there would be different. You never step into the same river twice. I don’t know if he knew that phrase, but he liked that idea. He would see the light and a potential subject. It’s amazing how people reacted to him.” He described being photographed by him by saying, “You know when you’re on the subway, and you feel that you’re being looked at. There’s a feeling of appreciation and also of threat.” Of one of Winogrand’s most famous photos, a shot of a couple dancing at El Morocco in 1955, the woman laughing, the curator says, “Dancing is a sport, and relationships have all kinds of roles and parts to them. That was shot in a nightclub, and you can tell he’s close. He’s not afraid to be on the dance floor.”

His photographs had “an immediacy to them, you really feel like you’re looking with your own eyes and being guided by somebody who’s providing extraordinary access to something.”

Winogrand, who came from a very modest background, grew up in a largely Jewish area of the Bronx and attended City College of New York, then Columbia, where he studied painting and photography. In 1955, two of his photographs appeared in “The Family of Man” exhibition at MoMA, while his first one-man show was in 1959 at New York’s Image Gallery. In his last chapter, he became ill with bladder cancer and died unexpectedly at only 56 in 1984. But before he did, he left his archives to the Center for Creative Photography in Tucson. He also left behind two years of undeveloped work, including about 2,500 rolls of undeveloped film.

When asked, as he often was, where his favorite place to photograph was, he liked to respond, “Wherever I am.”