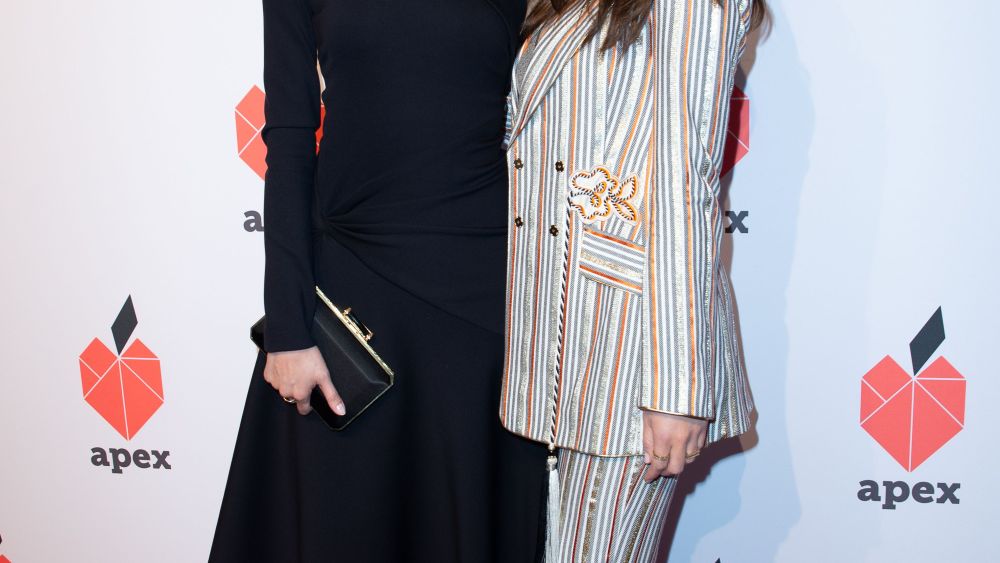 The importance of family and real representation were both major topics of conversation at the Apex for Youth Inspiration Awards Gala on Wednesday night.

It makes sense that Apex, an organization which aids underserved Asian and immigrant communities in New York City, would have family on the brain. The attendees for the night — including Olivia Munn, Gemma Chan, chairperson Dao-Yi Chow, “Insecure” actor Alexander Hodge and Jake Choi — treated each other like kin, even if it was their first time meeting.

Munn was awarded for her contributions to the Asian-American community, alongside Chan and Credit Karma founder Kenneth Lin. While walking the red carpet prior to the dinner and silent auction program, she recalled a touching moment she shared with her mother. After she’d spoken out last September against a “Predator” costar whom she found out was a registered sex offender, and subsequently had his scene removed from the film, Munn’s mother gave her a call.

“The thing about my mom is that she’s always been very blunt and that’s something I’ve always loved because there’s no hidden meaning, it’s always getting to the truth of things. My mom was always scary to us as kids — she was the disciplinarian — and my sister is a badass lawyer and super scary in our family, too,” Munn explained. “She’s like, ‘You know, your sister and I were talking. We were wondering, when did you become so fearless?’ I was like, ‘What do you mean, mom? You’re pretty scary yourself.’ She’s like, ‘No, no, I know how to scare people — but I don’t think I would have done what you did. I’m so proud that you’re fearless. No matter what I taught you, that’s something that you had in yourself.’”

She added that speaking up isn’t a new facet of her personality, post-Me Too.

“I was never quiet,” she said. “I was smart, because I’m not gonna speak about things publicly — up until 2017, before Me Too, people didn’t even care. People didn’t believe women. But privately, I always talked about it. I’ve always been emboldened to speak the truth, that’s something my mom instilled in me. It’s just that now, people are listening.”

Chan had a couple of fans waiting outside the venue holding her In Style cover issue from February, hoping to have them signed by the “Crazy Rich Asians” actress. She discussed an element she believes is missing from the discussion surrounding increased visibility and diversity for Asians and Asian-Americans in media. It’s part of the message Apex aims to spread through its work: the hardship of being a first-generation immigrant and the misconceptions perpetuated by the model minority stereotype.

“It’s very important that we realize it’s not just checking a box,” she said. “And there’s a difference between diversity and representation. True representation, for me, is when you have stories which are being told by and from the viewpoint of the community in question. And it’s more than just skin deep. It’s about authenticity in that sense.”

Everything to Know About This Year’s Met Gala