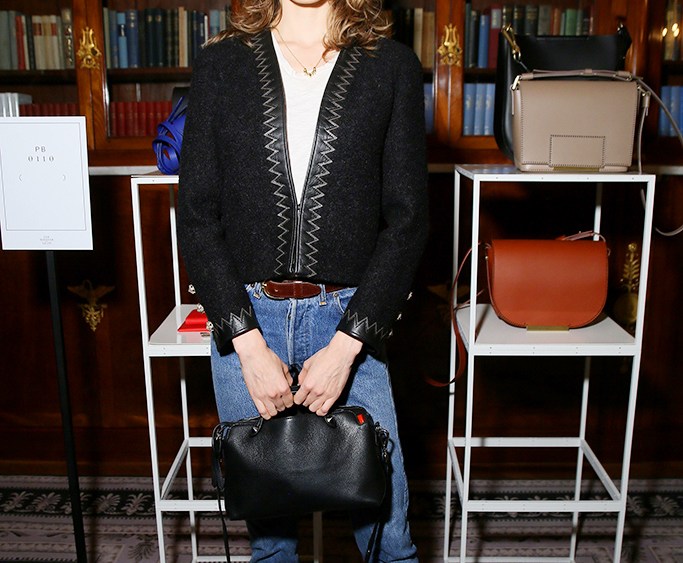 NEW FRONTIERS: “There are really great designers in Germany, so please when you leave here think of Germany and think fashion,” urged longtime editor in chief of German Vogue, Christiane Arp, at a ritzy cocktail set at the German ambassador’s chic Parisian town house on Wednesday night.

Arp and Der Berliner Mode Salon, now in its second season, came with 30 established and emerging German fashion talents in tow to help them get outward exposure, as most of them are based in Berlin.

“Berlin is like a large melting pot. It offers all that creative mass needs to grow — it’s a little filthy, a little messy, but also hip; it stands for culture and architecture,” said Arp about the city’s potential but noted that history put a large spoke in its wheels.

“What we do not have is big fashion that has an impact on culture worldwide. We had it before World War II, but many artisans had to leave the country, and after the war the [Berlin] Wall came. It separated the craftsmanship, which was based in the eastern part of the city, from the creative heads in the west, destroying the infrastructure. But it’s coming back now,” she said, eager to give the new movement a voice through the newly founded German Fashion Design Council.

The group comprised of Michael Sontag, Odeeh and Uncommon Matters on the one hand and newcomers such as Nobi Talai, Horror Vacui and Bobby Kolade on the other, caught the eye of one connoisseur: Karl Lagerfeld, who popped by the party, patiently shaking hands with the designers and offering words of encouragement.

“This is a very stylish way of fixing what needs to be fixed,” observed Amélie Riech, the founder of Uncommon Matters, who presented her New Curve collection of graphic, carefully sculpted jewelry pieces, this time enhanced with a colored powder coating.

Antonia Zander, who is at the design helm of a 30-year-old family company named after her, said her hippie-chic knitwear made with high-end yarn from Loro Piana was still unknown in Paris, where she has no stockists.

And yet: “Our big scarves [the label’s signature] get copied so much, meanwhile, we are thinking about expanding into a proper ready-to-wear business to charter new territories,” she said.

“It’s also useful to look outward because the market is so volatile,” noted Tutia Schaad, one half of Perret Schaad. “Japan used to be one of our biggest buyers, but now the U.S. is really interesting. They buy what we couldn’t sell in Germany, that is our eveningwear and long skirts, for instance. We see they appreciate German fashion because of its wearability and the European flair, but we need to be out there,” she added.